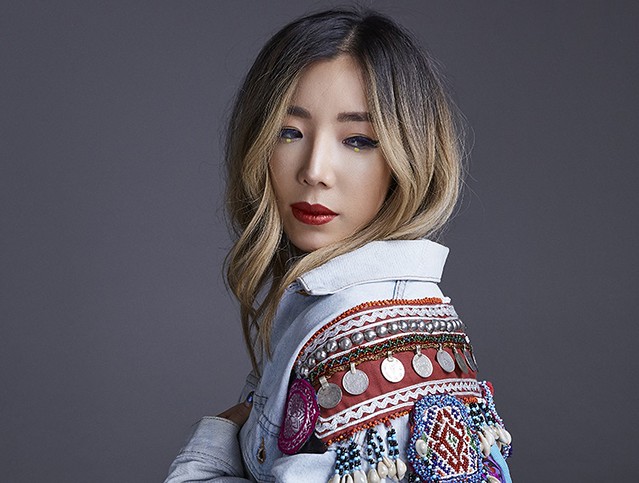 Jennifer Lee, better known as Tokimonsta, will release Lune Rouge, her third full-length album, on Oct. 6 via Young Art Records. She’ll be on tour at the time, and that tour will bring her to U Street Music Hall on Saturday, Oct. 14.

Tokimonsta has proven quite prolific since her debut album, Midnight Menu, in 2010. Lune Rouge arrives after Tokimonsta beat a rare neurovascular condition called Moyamoya, with which she was diagnosed in 2015.

“Lune Rouge is the culmination of all the experiences I’ve encountered so far,” Tokimonsta explained. “During its creation, I faced some of the most difficult and uplifting moments of my life. Seeing myself at the edge of my own mortality and how I chose to move past is a story told in this album.”

Watch the official music video for “We Love” by Tokimonsta feat. MNDR on YouTube:

Tokimonsta got her start on Flying Lotus’ Brainfeeder label, where she published several EPs as well as Midnight Menu. She started her own label, Young Art Records in 2014, releasing short albums Desiderium in 2014 and Fovere in 2016.

On the title of her new album, Tokimonsta commented: “I chose the title Lune Rouge, which translates to ‘red moon,’ because I think people perceive it to hold ominous weight. However, a red moon is rare and pretty awesome event from a scientific perspective and, to me, means significant change.”