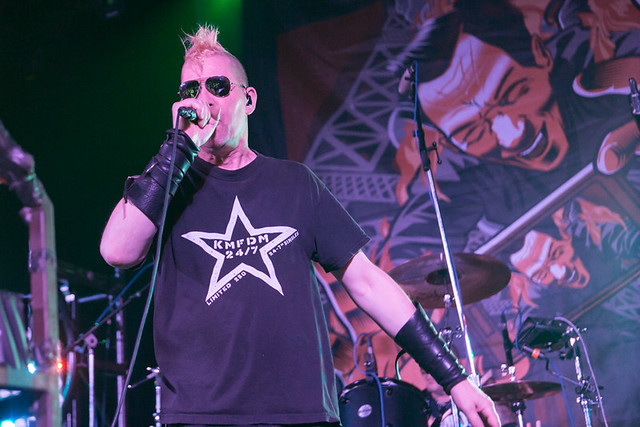 Sascha Konietzko of KMFDM performs at the State Theatre in Falls Church, Virginia, on Oct. 5, 2017. (Photo by Paivi)

KMFDM, the industrial collective founded by Sascha Konietzko in 1984, visited the State Theatre in Falls Church, Virginia, on Thursday to play songs from across the band’s catalog.

KMFDM released Hell Yeah, its most recent album, in August va earMUSIC and KMFDM Records. According to Setlist.fm, Sascha and company kicked off the show with 2009’s “D.I.Y.” before leaping into “Freak Flag” and “Hell Yeah” from the new album.

Longtime fans who learned of the band during their days with WaxTrax! Records in the ’90s received the reward of “A Drug Against War” from 1993 album Angst to close the main set and the appearance of “Godlike” from 1990’s Naïve in the encore.

KMFDM pioneered crossing techno and heavy metal with their signature industrial sound. Sascha moved from Chicago back to Germany in recent years, along with vocalist and wife Lucia Cifarelli, who joined the band in 2002.

Here are some pictures of KMFDM performing at the State Theatre in Falls Church, Virginia, on Oct. 5, 2017. All photos copyright and courtesy of Paivi. 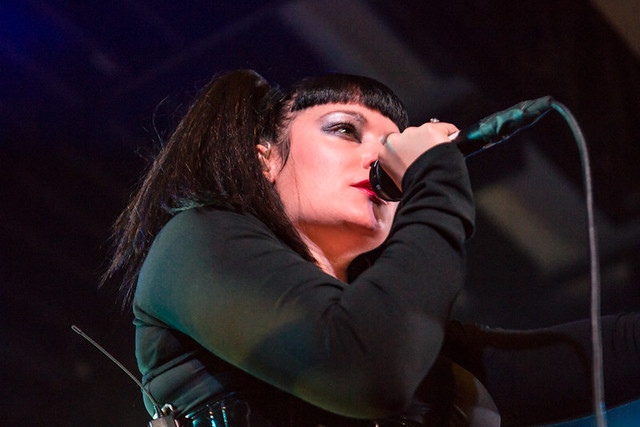 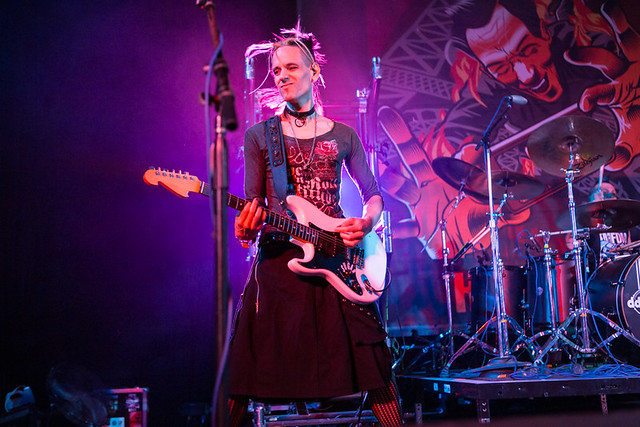 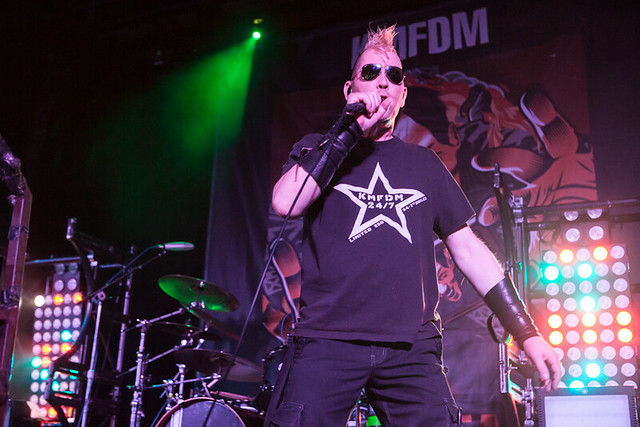 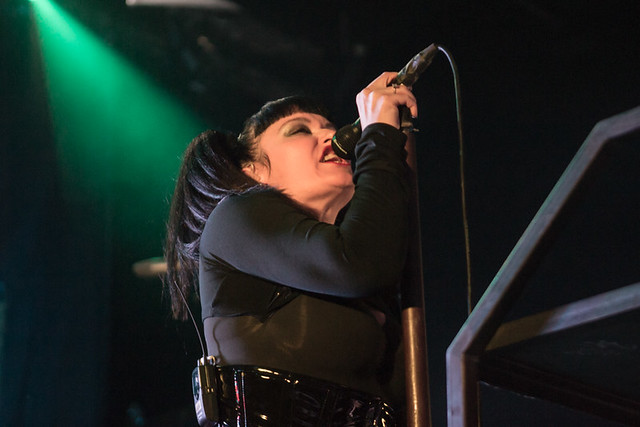 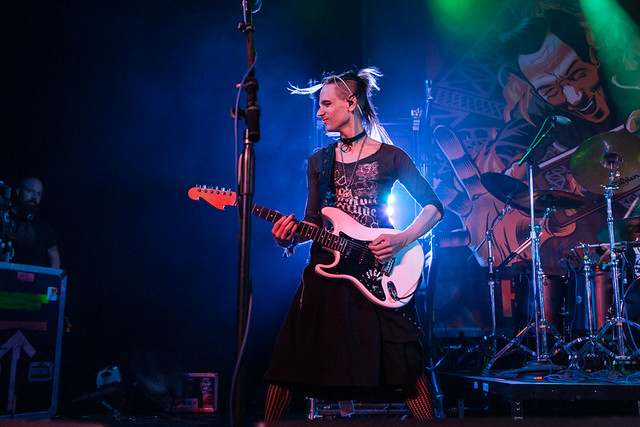 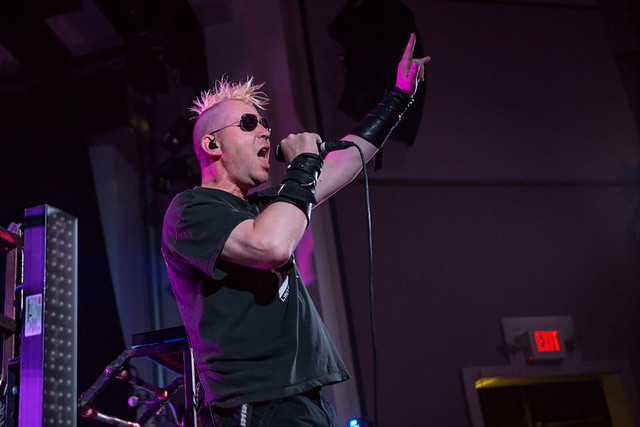 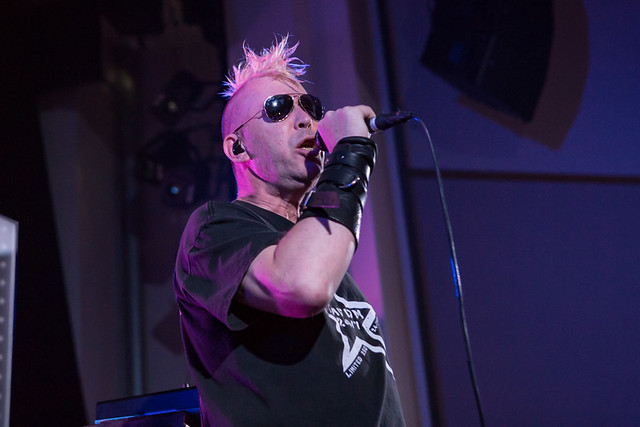 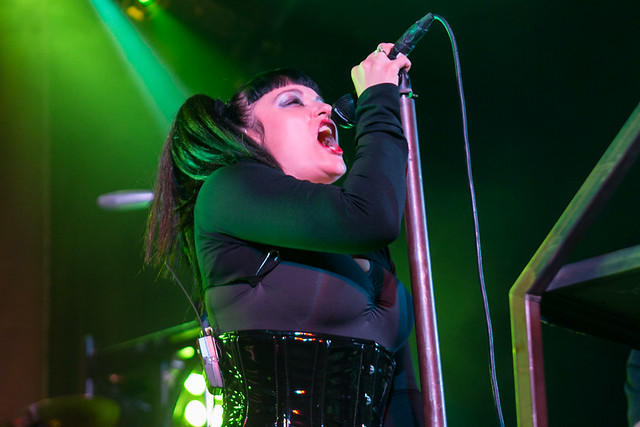 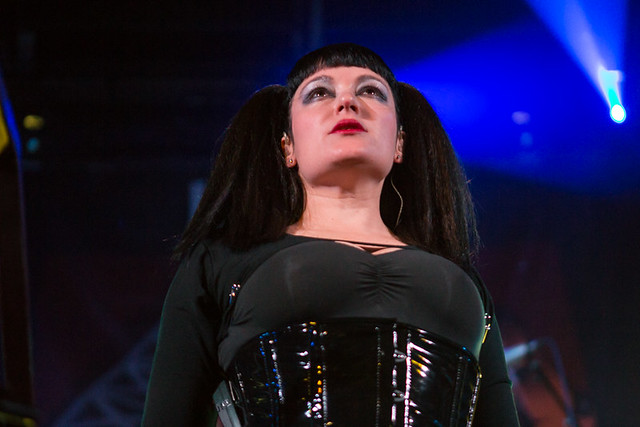 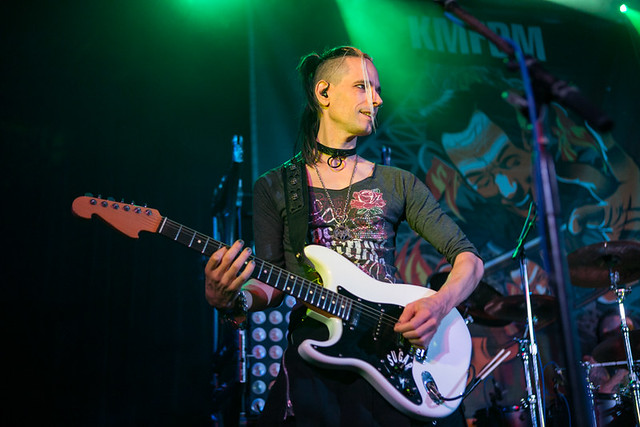 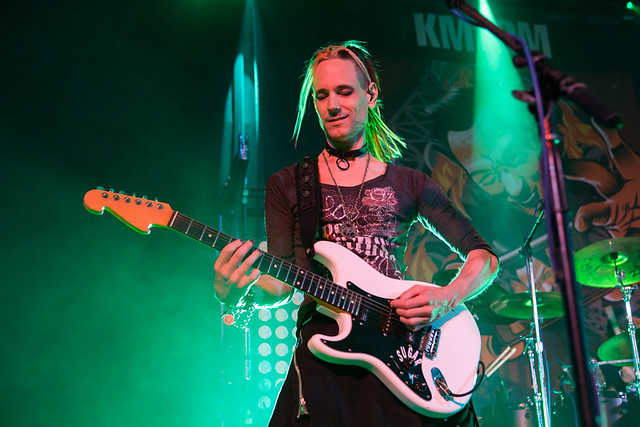 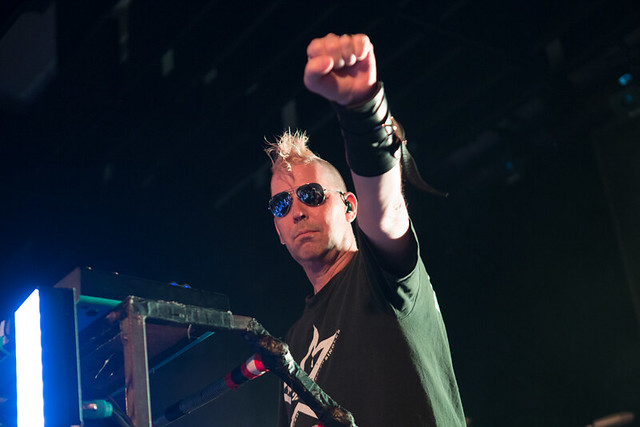 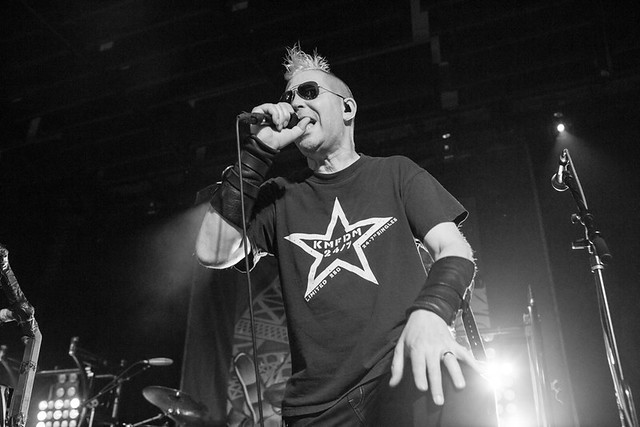 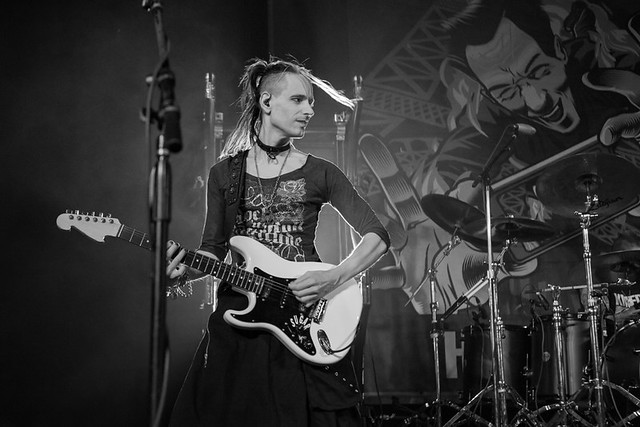 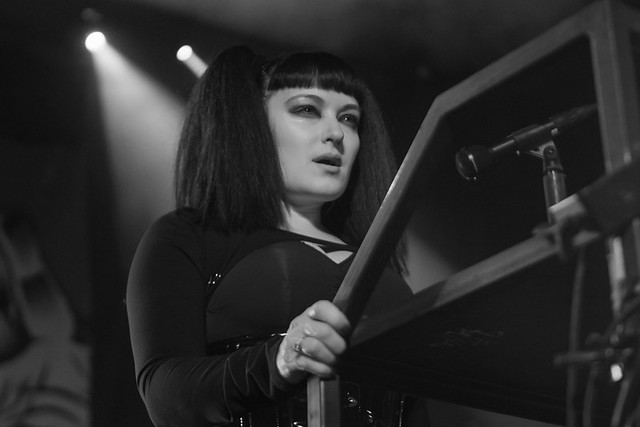 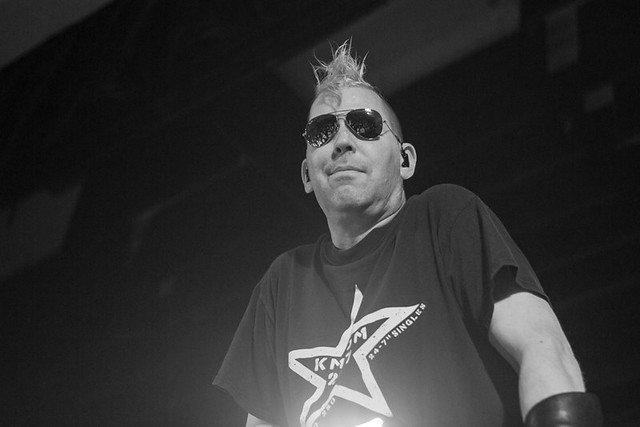