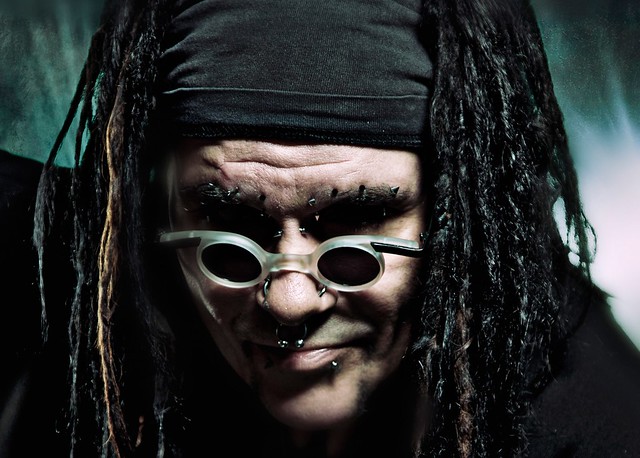 Ministry will release AmeriKKKant, their 14th studio album, via Nuclear Blast in March 2018, and they have hit the road now with a show at The Fillmore Silver Spring on Thursday, Oct. 19.

Al Jourgensen and his bandmates have raged hard against the Powers That Be over decades of albums including Filth Pig, The Mind Is a Terrible Thing to Taste, Psalm 69, From Beer to Eternity, and others. For the new album, Al takes aim directly at President Donald Trump in crunchy industrial metal songs.

“This album, AmeriKKKant,” said Al, “will provide FEMA-type relief for the devastation ‘Hurricane Cheeto’ has brought upon us.”

Ministry has received six Grammy nominations and sold more than three million records while performing live more than 2,000 times. In addition to appearing on the Freejack movie soundtrack, Ministry also has contributed music to the soundtracks of Hurt Locker, Artificial Intelligence, Matrix, Robo Cop, and Saw.