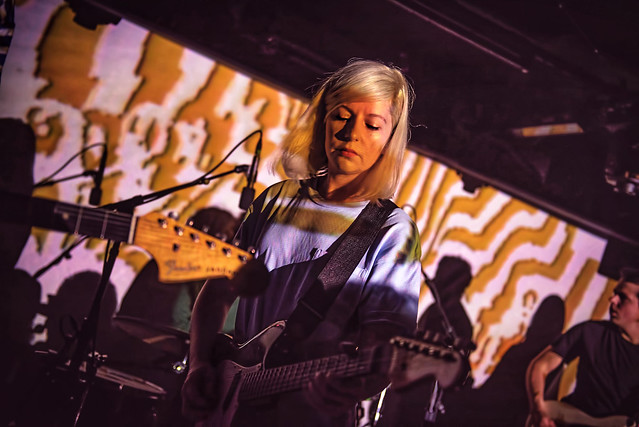 On their self-titled debut album, Toronto-based Alvvays created a Teenage Fanclub-meets-Mazzy Star quality, but on second album Antisocialites, they seem instantly to embrace the mantle of expert popsmiths as they carve buzzsaw lines straight through My Bloody Valentine. (Fanclub’s Norman Blake provides backing vocals to Antisocialites’ “In Undertow,” by the way.)

After a great set by fellow Canadians Nap Eyes, Alvvays took the stage under dim lights. In fact, the brightest lights seemed to be arranged on the pedal boards of Molly Rankin (vocals/guitar) and Alec O’Hanley (guitar). The reason became quickly clear as the band broke into “Saved By a Waif” from the new album.

Washes of guitar and the steady foundation of farfisa chords laid down by Kerri MacLellan mirrored the visuals being thrown up onto a big white backdrop at the rear of the stage with colorful patterns and abstract film snippets that played across the stage. Alvvays (pronounced “always”) is rounded out by Brian Murphy on bass and new addition Sheridan Riley, who may be better known as the drummer for the California-based Avi Buffalo. 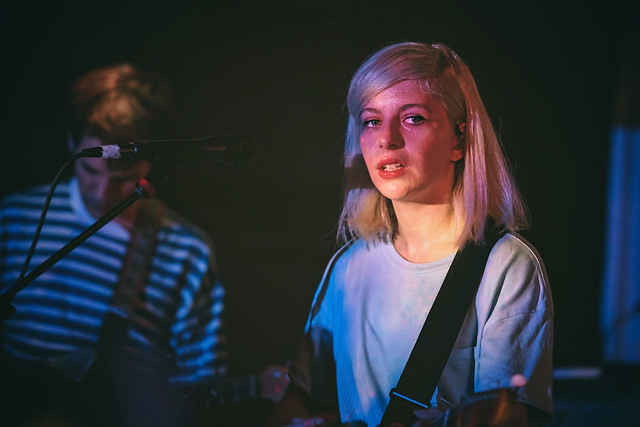 One of the best moments of the night was when Molly announced, “This song goes out to everyone in the back who really can’t see anything” as the band played “Archie, Marry Me,” a super catchy tune and certainly a crowd favorite (and a definite sing-along). In fact, it’s hard to think of an Alvvays tune now without it immediately getting stuck firmly in my cerebellum (especially “Party Polic,” but I digress)!

Other hightlights included “Dreams Tonite” from the new album as well as an encore that contained “Dives” and “Next of Kin” from their 2014 debut via Polyvinyl Records. Watch the official video for “Dreams Tonite” by Alvvays on YouTube:

The set list included:
Saved By A Waif
Adult Diversion
In Undertow
Plimsoll Punks
Lollipop (Ode to Jim)
Not My Baby
Hey
Atop a Cake
Forget About Life
Your Type
Ones Who Love You
Archie, Marry Me
Dreams Tonite
Party Police

ENCORE:
Dives
Next of Kin

Definitely catch them soon! A number of dates on their fall tour have sold out, but there are still plenty of dates here that haven’t!

Here are a few pictures of Alvvays performing at the Rock & Roll Hotel on Saturday, Oct. 7, 2017. All photos copyright and courtesy of David LaMason. 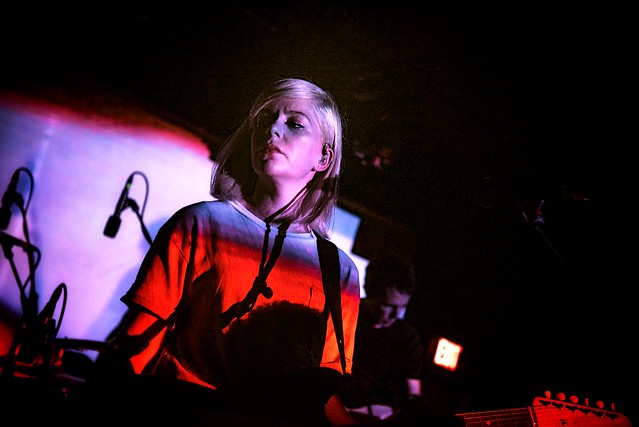 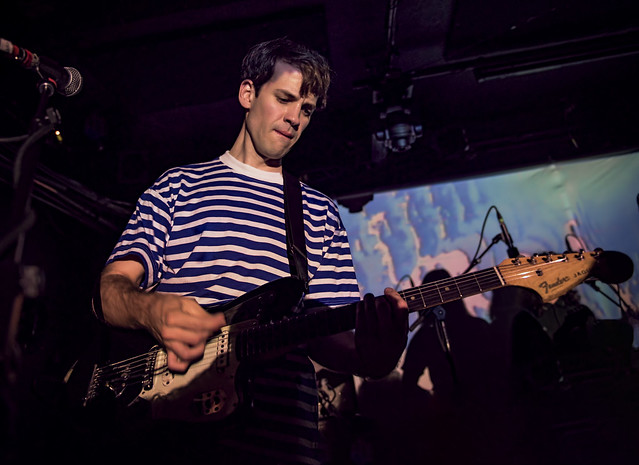 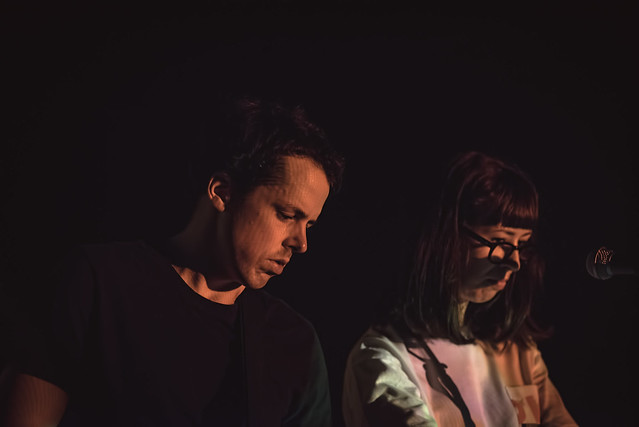 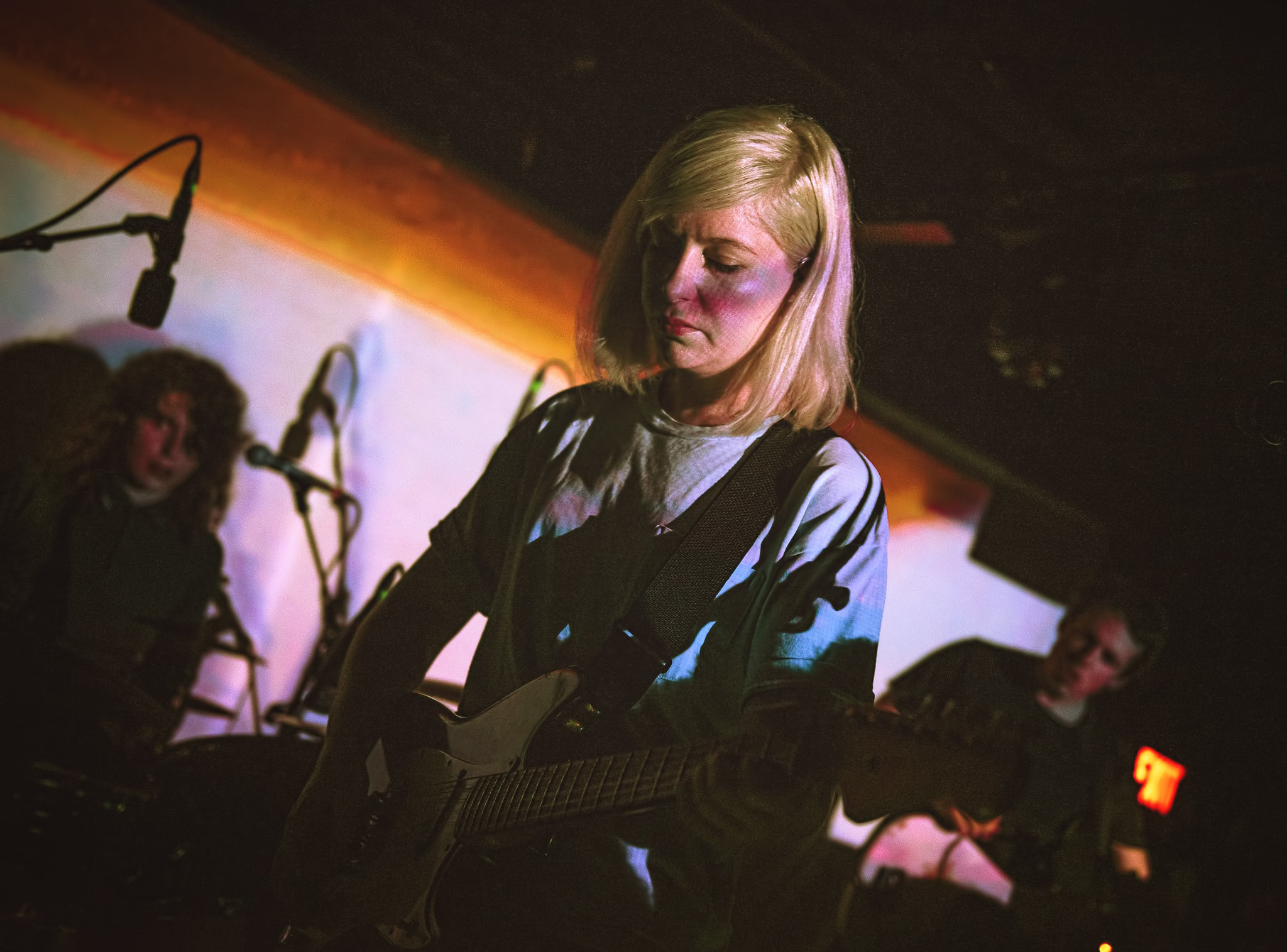 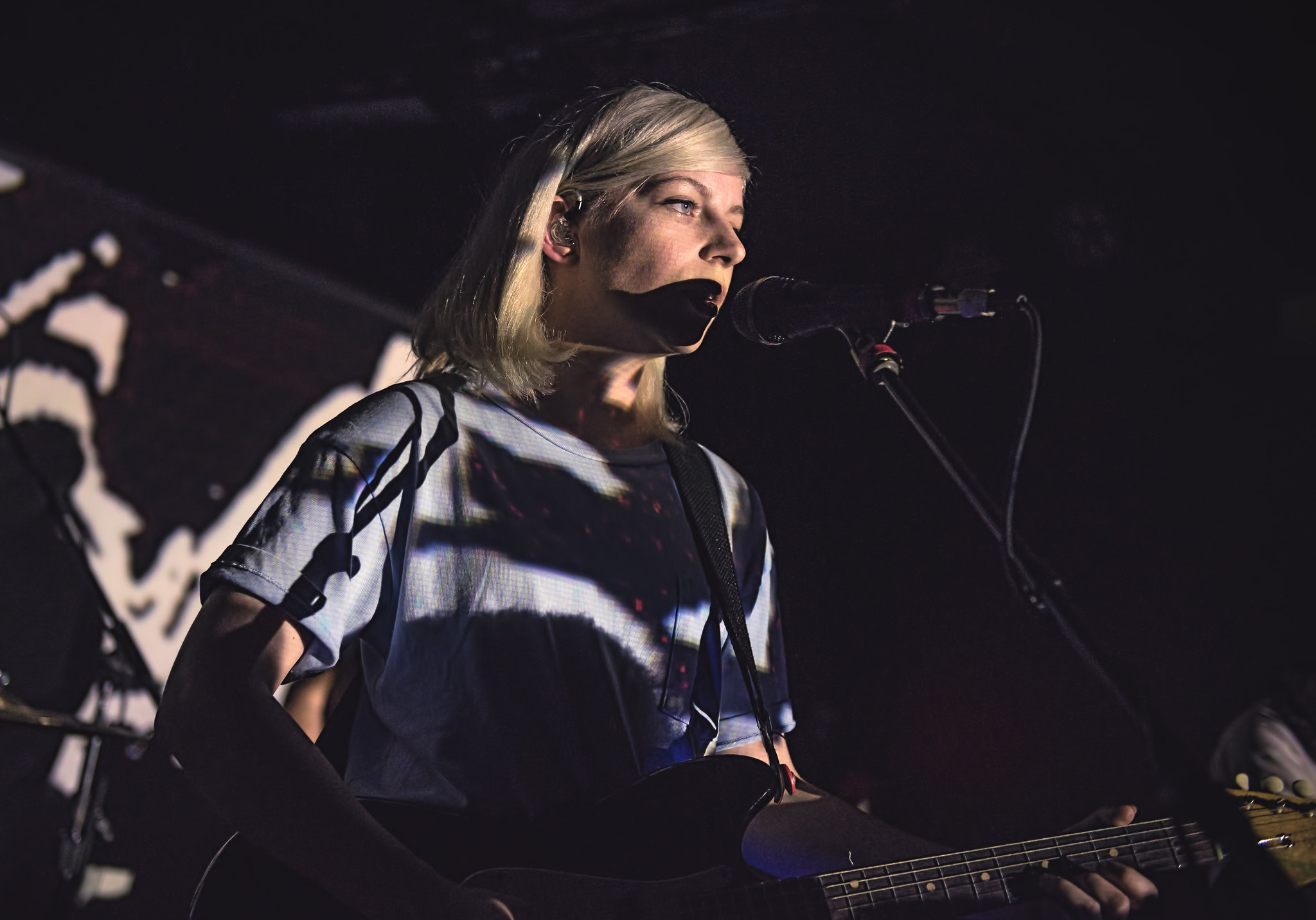 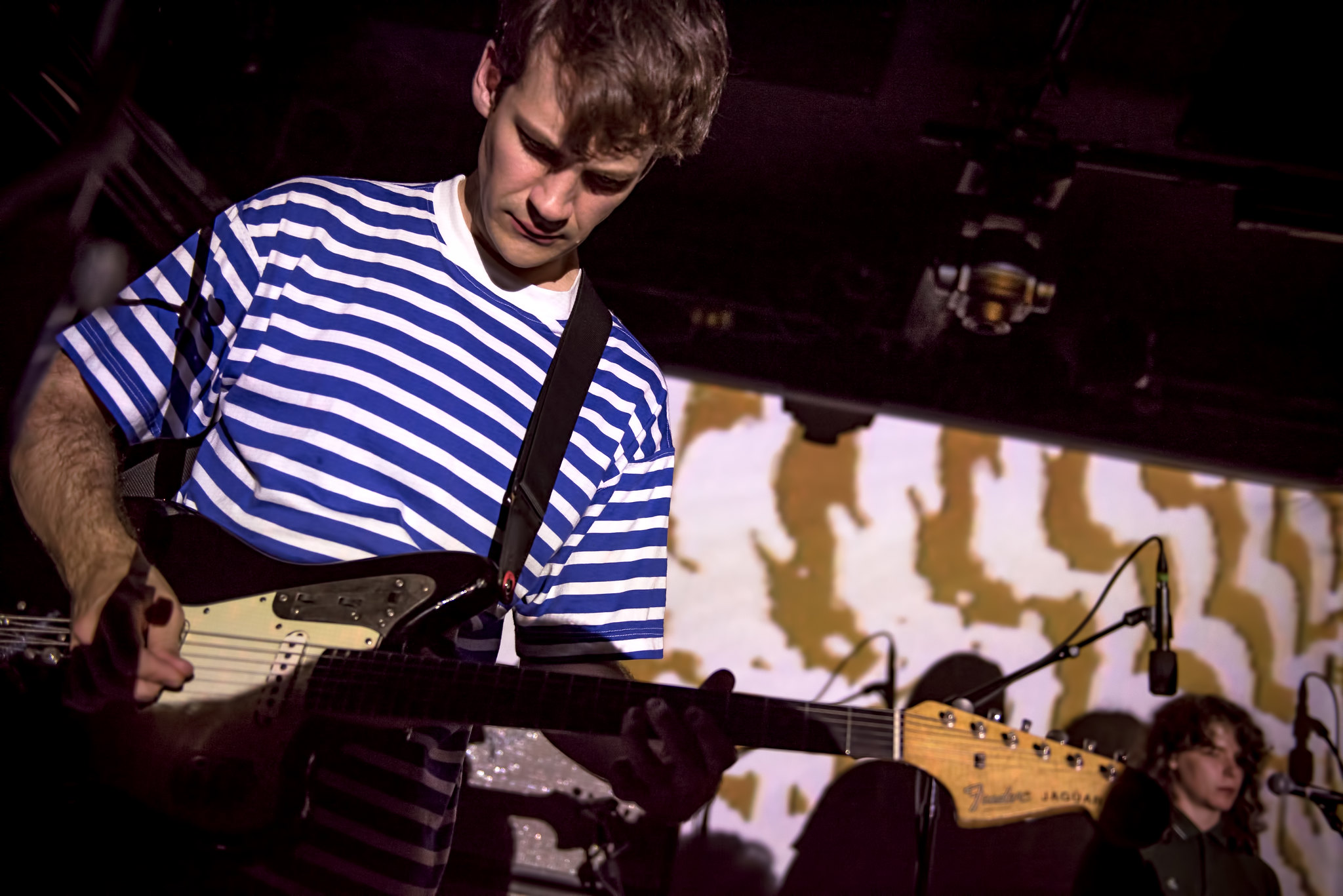 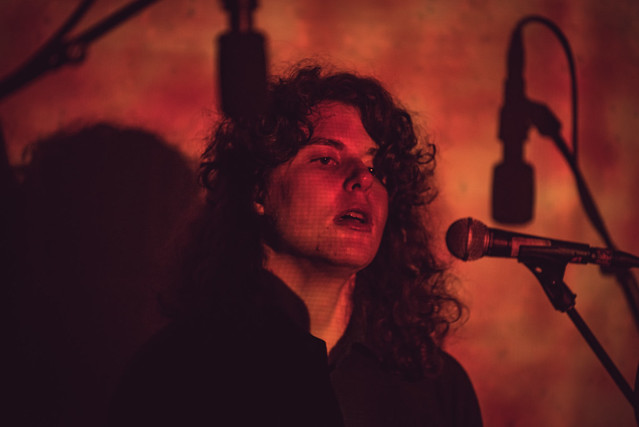 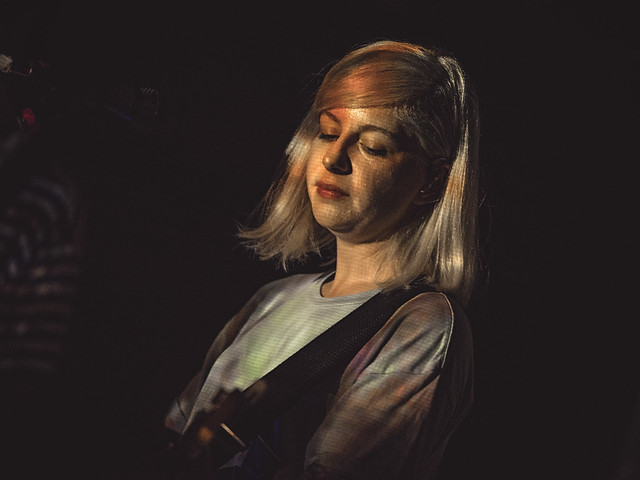 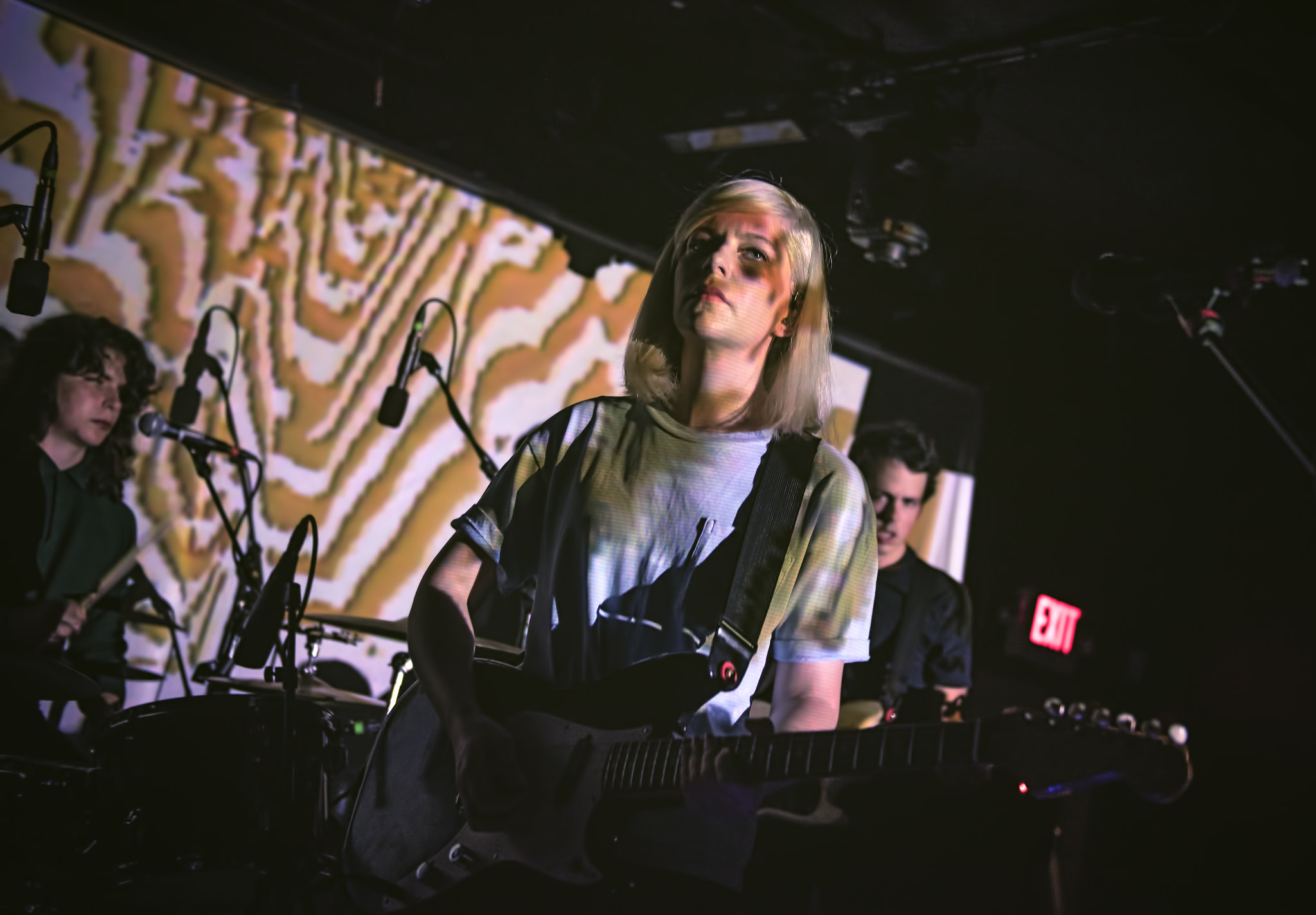 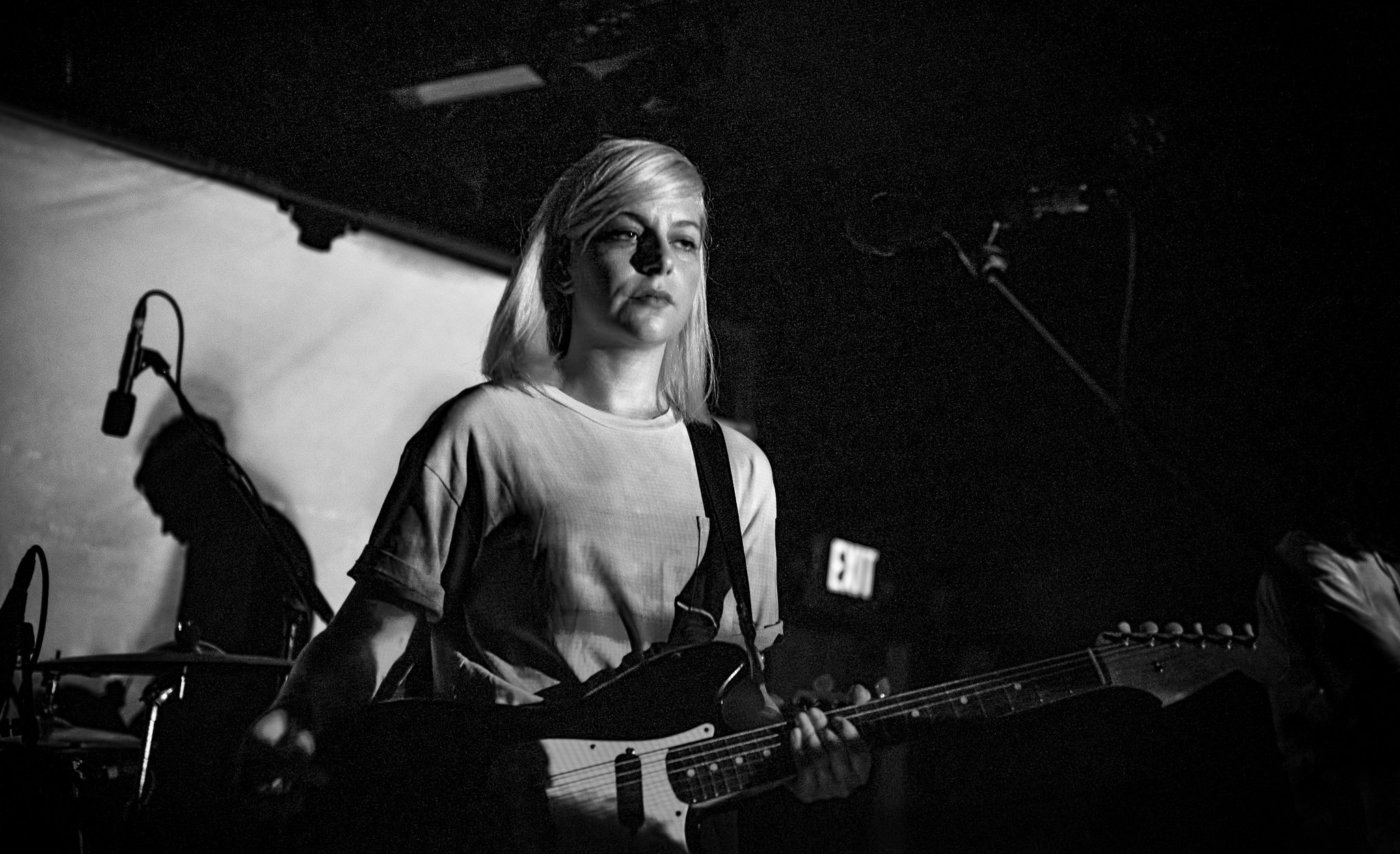 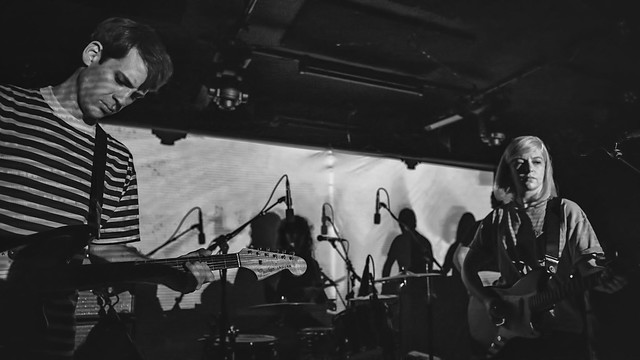 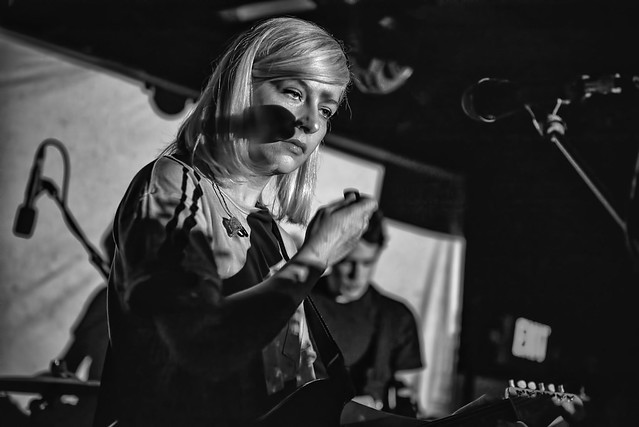 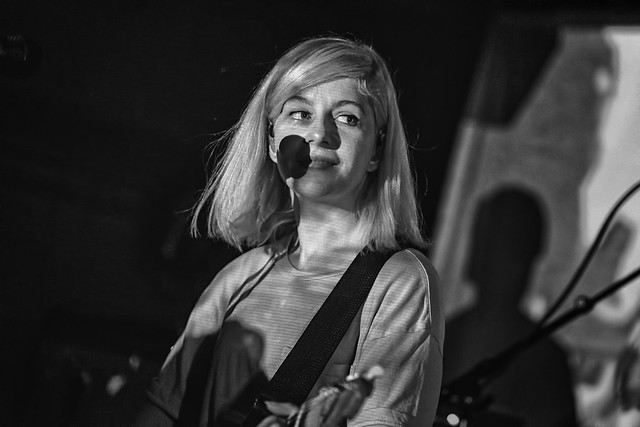 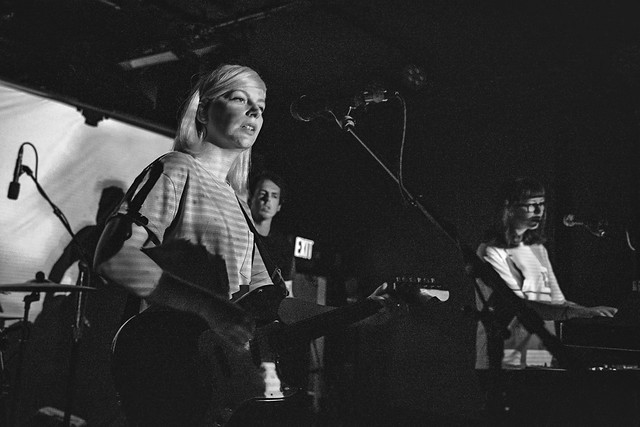