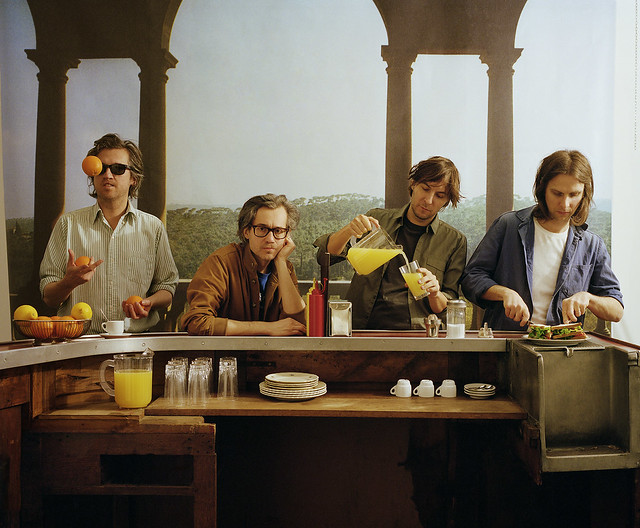 In June, French indie poppers Phoenix released Ti Amo, their sixth studio album, via Loyaute/Glassnote Records. The gents now are launching a North American tour that includes a stop at The Anthem on Monday, Oct. 16.

On the new album, Phoenix go Italian, changing their new wave sensibilities for the romantic yearning of Italo disco. Today, the band debuted the video for their single “Ti Amo,” the album’s title track. “Directed by WIISSA, the video, shot in 16mm, is a glorious celebration of love, a fizzy burst of prosecco, La Dolce Vita, mopeds, and sloppy gelato-laced kisses,” said a press release for the video.

Watch the official music video for “Ti Amo” by Phoenix on YouTube:

In a review for Spin, Brian Howe expressed admiration for Ti Amo by Phoenix: “Ti Amo is a big, juicy starburst of romantic synth-pop and disco, redolent of Italian summers, flickering like random snippets of Fellini on an improvised beach-towel screen. It suggests nothing more sinister than a roller-skating date; the darkest thing about it is that, being recorded in a Parisian opera house turned tech incubator, it reminds us that everything old and beautiful is now fated to become a tech incubator.”

Don’t forget that this is also a wonderful opportunity to check out The Anthem, which is officially opening this Thursday, Oct. 12. What better way to acquaint yourself with the new venue than to check out the latest efforts of frontman Thomas Mars and company?