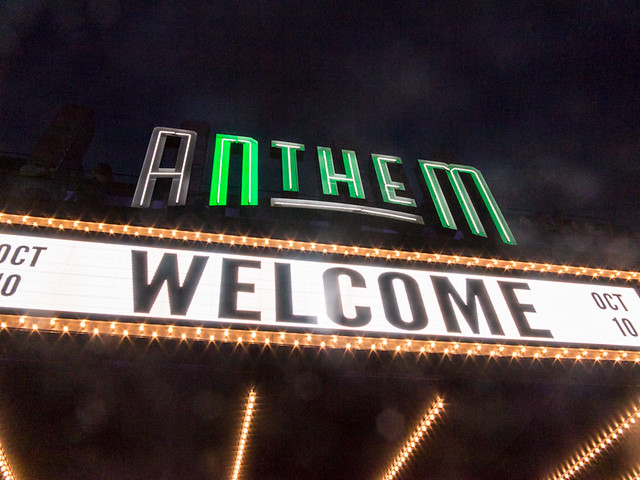 The Anthem’s marquee (Photo by Paivi)

The Anthem, 9:30 Club’s majestic new sister venue at The Wharf, hosted two soft opening dates this week on Sunday and Tuesday prior to a friends and family party Wednesday and its grand opening tonight.

Parklife DC attended the second soft opening date on Tuesday, when Andrew WK partied hard in a wonderfully raucous concert, and we can report that the space is *beautiful*. It’s like someone scooped up a freshly built stage from an arena and deposited it into a shiny new Grand Central Station building with three levels of impressive views and lots of creature comforts, big and small.

That said, a few small (potentially) missed opportunities at The Anthem warrant watching.

1. The food. Don’t go to The Anthem tonight hungry. There’s something seriously amiss with the food ordering system. Food on soft opening nights took more than an hour to arrive, and orders often were lost. When I finally received a half smoke after 90 minutes thanks to the intervention of a capable staffer, the sausage was cold and still in a crisp, raw casing. Whatever is going on with the food orders is more than “getting backed up” — earlier this week, it simply wasn’t a functioning system.

2. Cup holders. It’s a small thing to be sure, but the absence of places to put a cup were sometimes surprising given the cavernous side of the club. The rest rooms are just as large as the rest of the space, and yet there is nowhere to set a drink when you go to use the facilities. At other times along seated areas, there are rails and counters, but they too sometimes disappear, leaving nowhere to put a cup of beer.

3. Video screens. Given the size of The Anthem, it’s amazing that you can see the action on stage from just about anywhere. But if you pace away from your seat or GA standing spot to conduct business elsewhere, you’ll find yourself in musical blind spots. Several folks suggested to us that discreet video screens on certain points along the wall would allow you to keep your eyes on the show while waiting for a beer or walking across the club.

4. The floor, part 1. When I first started seeing shows in the United Kingdom, I was introduced to a surprisingly effective innovation — an inclined floor. Some general admission venues would have floors that sloped down from the doors to the stage, permitting a clear view of the stage no matter how tall you were. Shorter folks could easily shift position and find a patch of floor that would allow them to see clear over taller folks up front. Once exposed to this idea, it was something we always dreamed of at the otherwise awesome 9:30 Club. The Anthem could have introduced a similar solution. (Again, this is a quite a minor complaint.)

5. The floor, part 2. More a question than an observation, but it surprised some that The Anthem’s floor is concrete. A hard, reflective surface seems like it would make for good concert acoustics, but we don’t recall seeing hard concrete as a solution that often. Was there a better way to go? Is there anyway a concrete floor might prove harmful to audiences?

All said, The Anthem is spectacular. It’s a welcome addition to the pantheon of DC concert halls. And I honestly anticipate that all of us will be enjoying many shows there going forward.

Here are some picture of The Anthem from the soft opening on Tuesday, Oct. 10, 2017. All photos copyright and courtesy of Paivi. 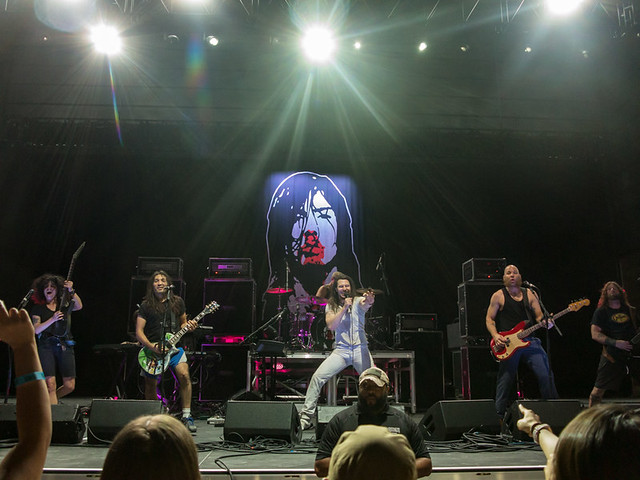 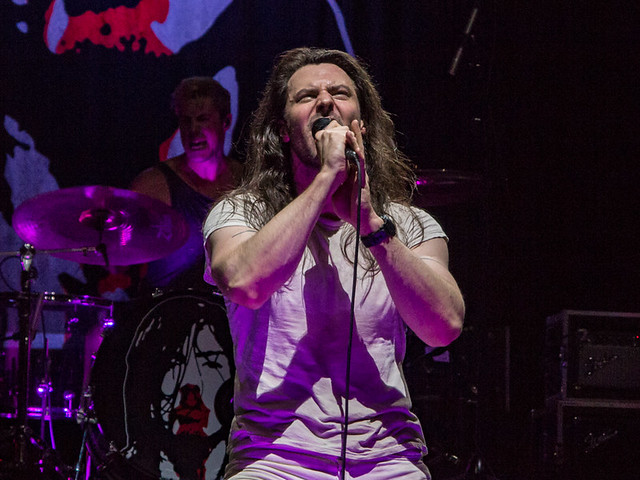 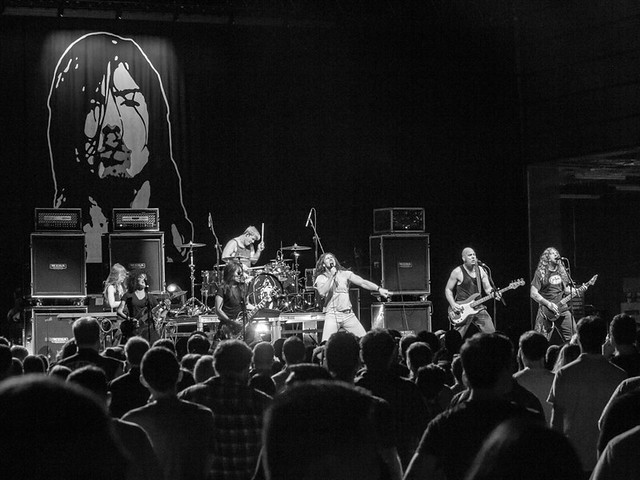 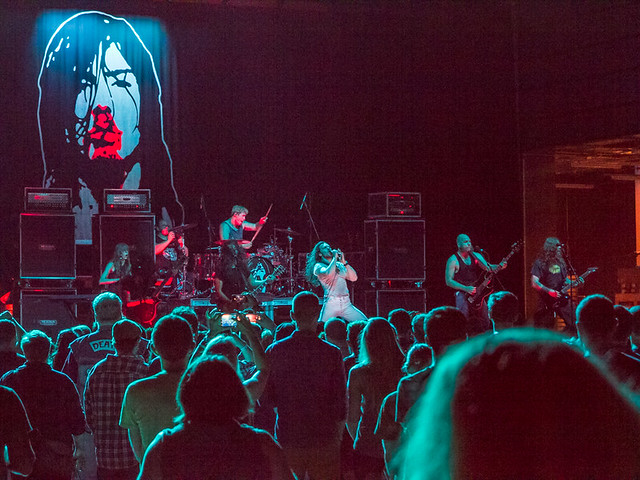 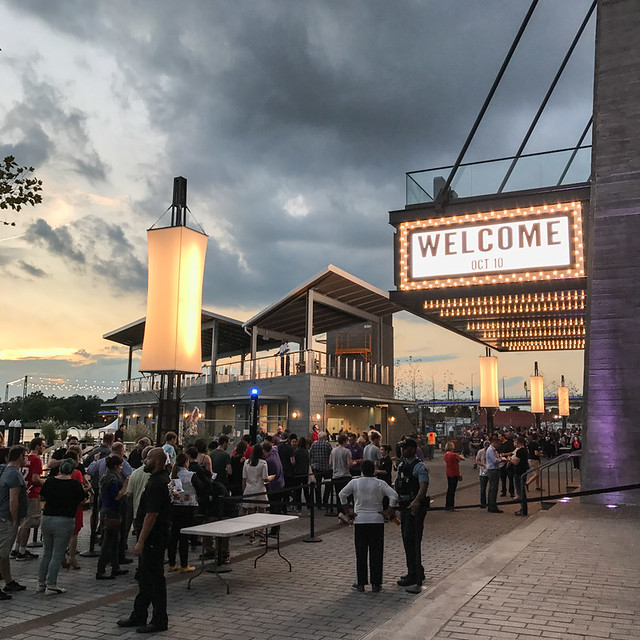 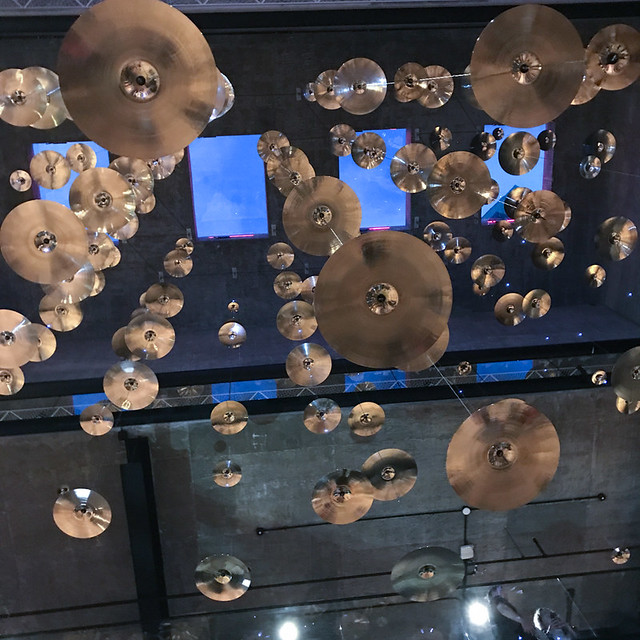 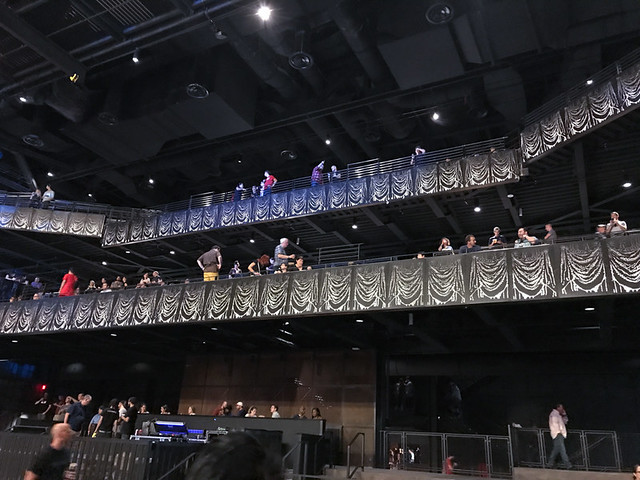 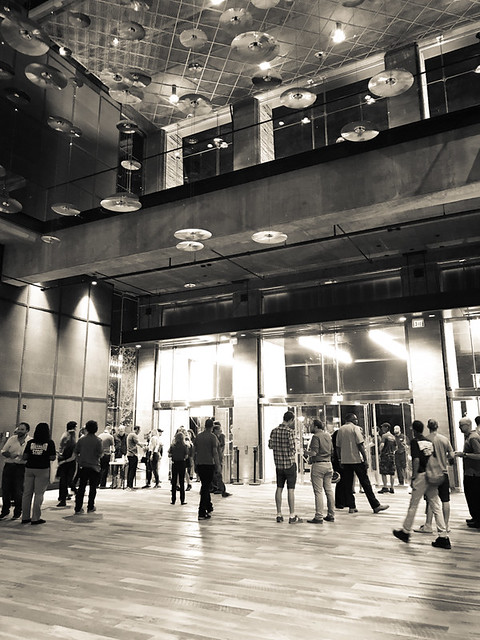