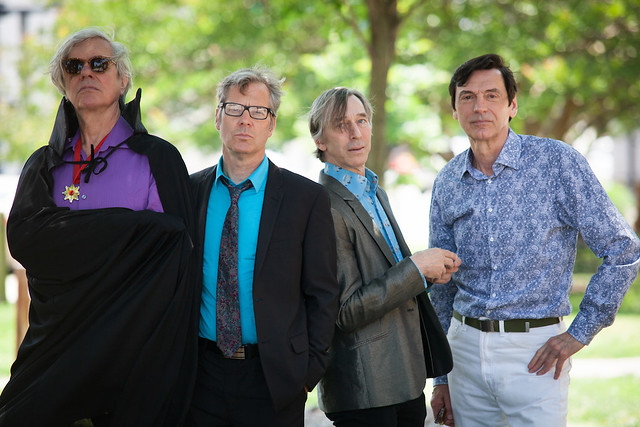 Last year, The Fleshtones celebrated 40 years since they first stood up on a stage at CBGB’s and played their memorable garage rock. On Friday, Oct. 20, catch them at U Street Music Hall.

Keith Streng, Peter Zaremba, Bill Milhizer, and Ken Fox released The Fleshtones’ 21st studio album, The Band Drinks for Free, in September 2016 via Yep Roc Records, featuring the lead single “Love Like A Man.” A few short months ago, the band filmed a video for the Spanish version of their single “Love Like A Man” — translated as “Ama Como Un Hombre.”

“Keith and Ken have the deep songs on the album, I tried to get very basic,” said Peter Zaremba. “One thing about this record is that making it was fun. We had a lot of material, and it came easy. Seems like we knew what we were doing this time! It doesn’t get old. This is what we really like doing. It’s a dream come true!”

Watch the official music video for “Ama Como Un Hombre” by The Fleshtones on YouTube:

This storied band is rocking out on a world tour, playing songs old and new. It’s the perfect time to see them.