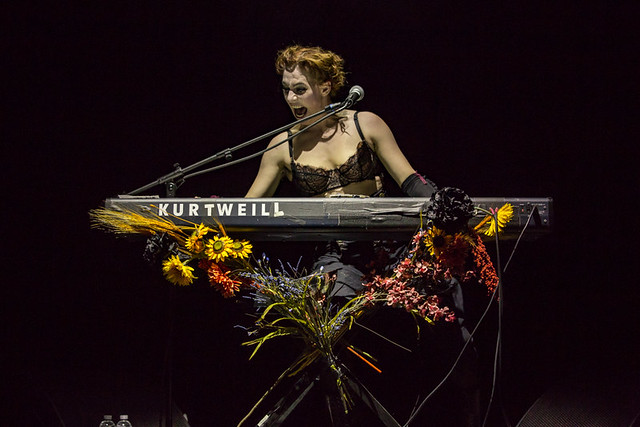 You’ll never meet someone as comfortable in her own skin as Amanda Palmer.

The sassy singer/vaudevillian was perfectly at home at 9:30 Club on Tuesday, and it’s clear to see she would be perfectly at home absolutely anywhere. Her wits and her talents got her by early in life, and those assets continued to do so as she embarked on a brief east coast tour with drummer Brian Viglione as punk cabaret darlings The Dresden Dolls.

Amanda and Brian played, bantered, and charmed their way through 2.5 hours of a sold-out show on Halloween night, enrapturing listeners with song, tales, and antics. Throughout it all, The Dresden Dolls and their admirers made it very plain that they were earnestly delighted to see each other.

The concert began almost as a normal show with The Dresden Dolls exploring seven songs from throughout their career. They started with “Girl Anachronism” from their 2003 self-titled debut album. Clad in a similar brassiere as in that song’s music video, Amanda raged away on her keyboard while Brian banged away on the drums, imbuing “punk cabaret” with a picture perfect example of exactly what that means: a 19th century approach to piano-driven music paired with a damned-if-you-don’t cacophony of words.

The Dresden Dolls soon played “Backstabber” from their second studio album Yes, Virginia…, revisiting 2006. You could very easily imagine the tune and its effectively simple message rendered by a ’90s post-grunge band, but it’s a song by The Dresden Dolls of course so it carries its signature piano lines and a near spoken word chorus spit through Amanda’s teeth. 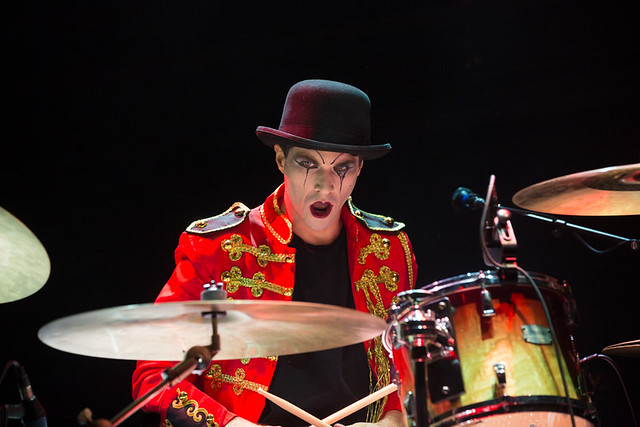 After the first third of the show, the concert went off the rails in a surprisingly wonderful way, as Amanda took inspiration from her environment. You see, early that night, 9:30 Club hosted its annual Halloween costume contest, and awarded first, second, and third places. While they didn’t take first place, one entrant was a group of women hailed as “Zombie Madonnas,” and dressed as ghouls in various incarnation of the pop diva’s early career.

Amanda invited these Zombie Madonnas to the stage as dancers and backing vocalists for a powerful performance of “Material Girl.” From her keyboard, Amanda slowed the cadence of “Material Girl” to a haunting crawl, and she sang the song in a deliberate, punchy fashion familiar to her fans. While initially a pleasant shock, the cover had personality and character all its own by the end, and the audience willfully ate it up.

The Dresden Dolls reminded us and themselves of their love for the ’80s by following “Material Girl” with a rousing cover of “Blitzkrieg Bop” by the Ramones. The covers shifted into the ’90s as The Dresden Dolls expressed their appreciation for their reigning triumvirate of ’90s female singer-songwriters — Bjork, Tori Amos, and Ani DiFranco, and a cover of Ani’s “Napoleon.” (Tori, while The Dresden Dolls didn’t cover you, they made it plain they would be in attendance at your Boston show last night!)

The show raced toward the conclusion of the main set with the inclusion of “Thirty Whacks,” taken from The Dresden Dolls’ 2003 live album A Is for Accident. People around me literally caught their breath and I’m sure a tear or two was shed as Amanda sang the plaintive, bare number.

The surprises kept coming as The Dresden Dolls broke out a brand new song, only rehearsed twice prior to Tuesday night, that had the refrain “All the love you know I’ve got.” This was a very exciting development for the audience, as it suggested The Dresden Dolls would record again and the current brief tour was not a fluke.

And tour and perform further they should, as it was plain that Amanda and Brian still held tremendous affection and regard for one another. Amanda’s admiration was plain when she took his drum kit for “Blitzkrieg Bop,” and his was on full display as he recounted the story of how they met at Cloud Club in Boston in 2000.

The Dresden Dolls returned by demand for two encores for a crowd that wasn’t ready to let them go. The first included a set of covers — the waltz “Amsterdam” by Jacque Brel and Rage Against the Machine’s “Killing in the Name,” rendered by a Rube Goldberg machine of chamber pop musicians as opening act This Way to the Egress flooded the stage to join The Dresden Dolls for the tune.

Amanda and Brian closed it all up with the enduring and lonely “Coin Operated Boy” and another song.

The Dresden Dolls perform for three nights at Paradise Rock Club in Boston on Nov. 3, Nov. 4, and Nov. 6. Go see them tonight or tomorrow if you can. If you cannot, Amanda hinted we would see them again next year (without indulging in details). That too is sure to be a very welcome return for a very raucous and still very confident and satisfied duo.

Here are some pictures of The Dresden Dolls performing at 9:30 Club on Tuesday, Oct. 31, 2017. All photos copyright and courtesy of Paivi. 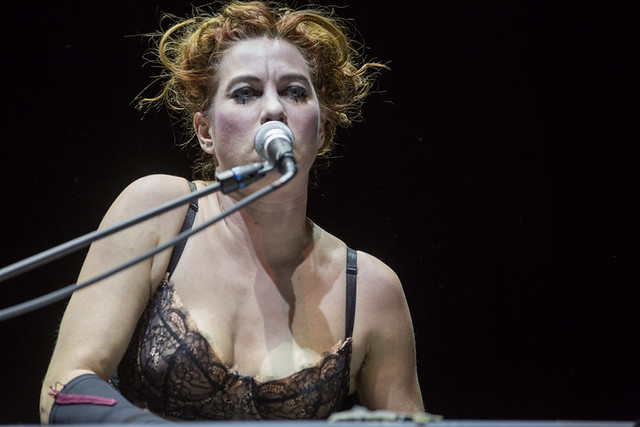 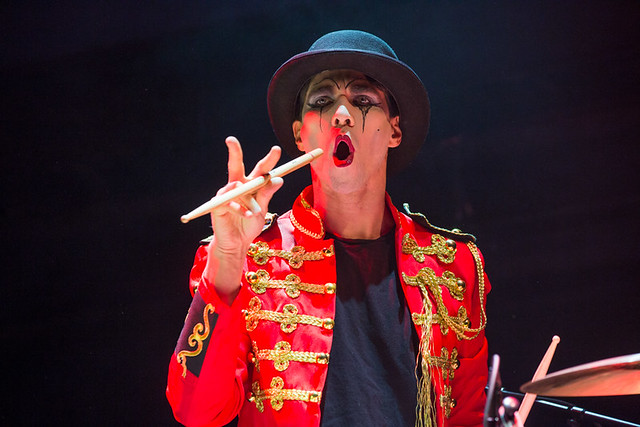 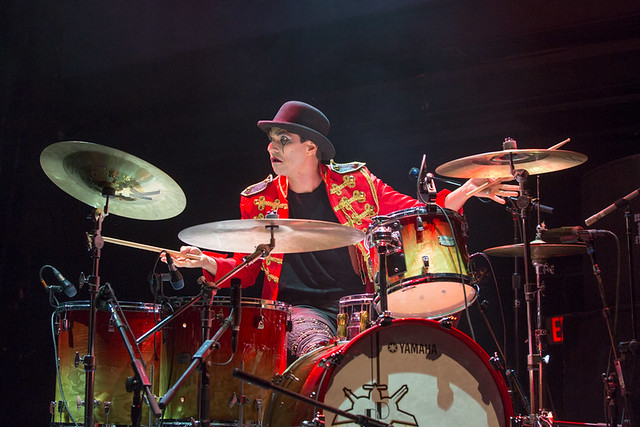 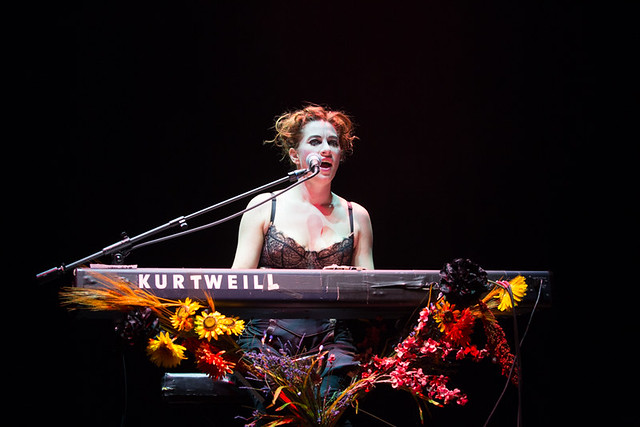 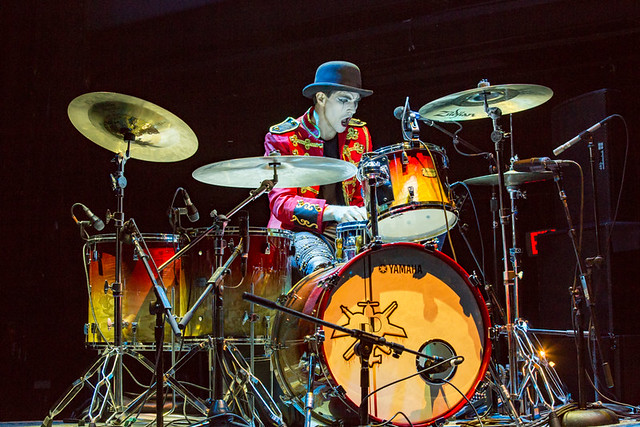 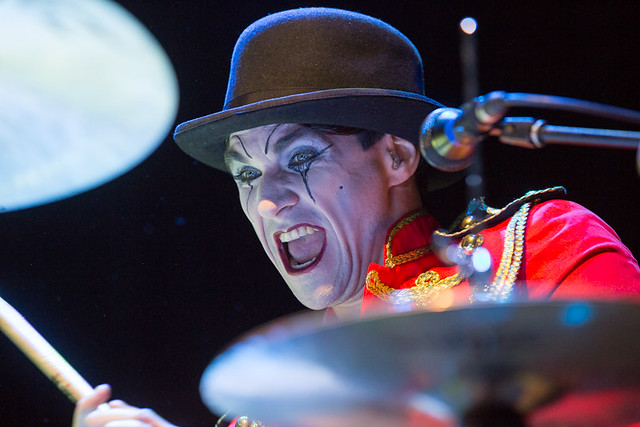 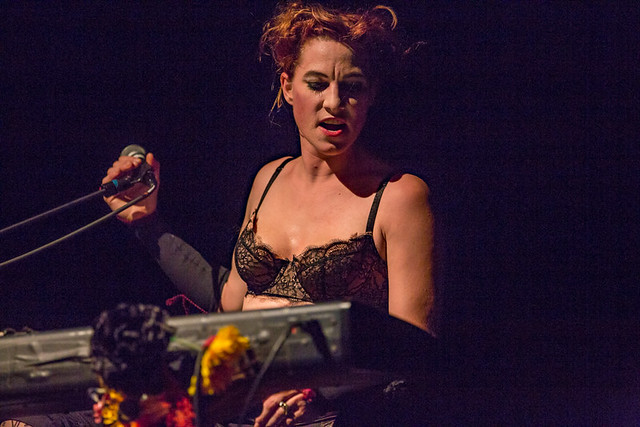 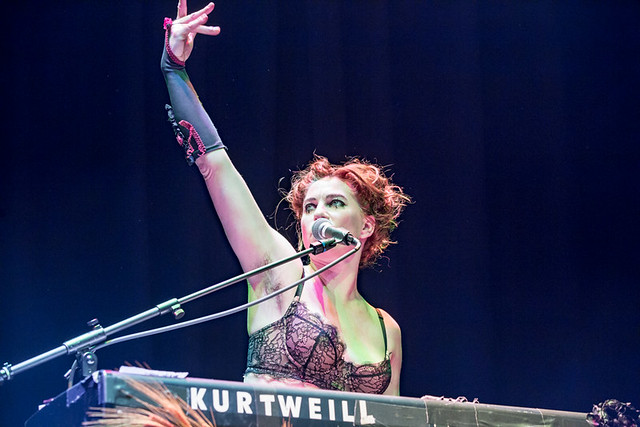 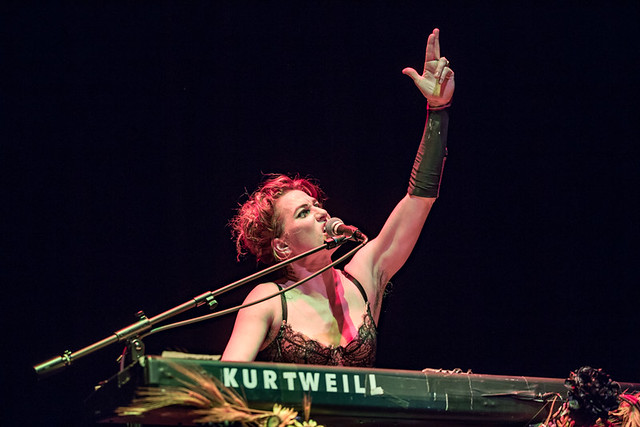 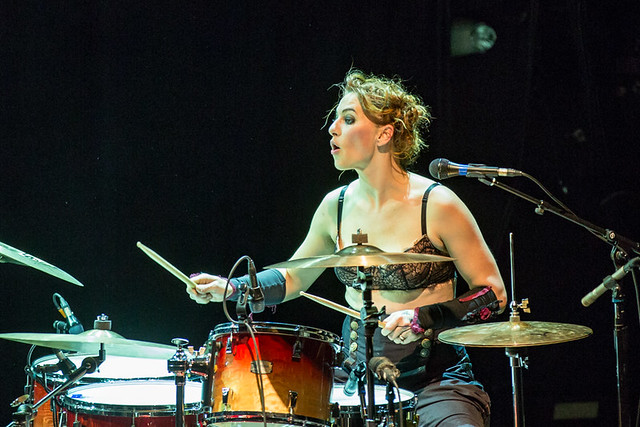 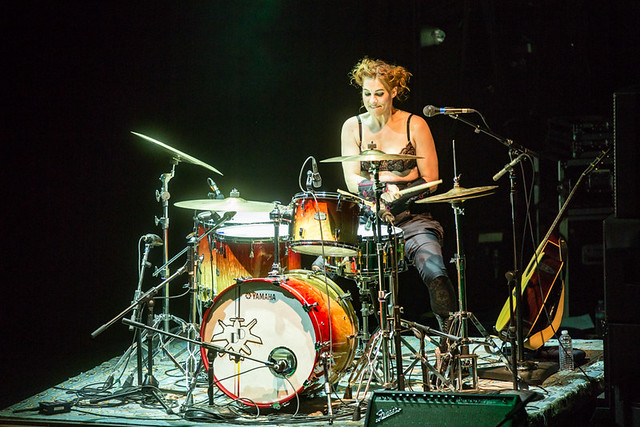 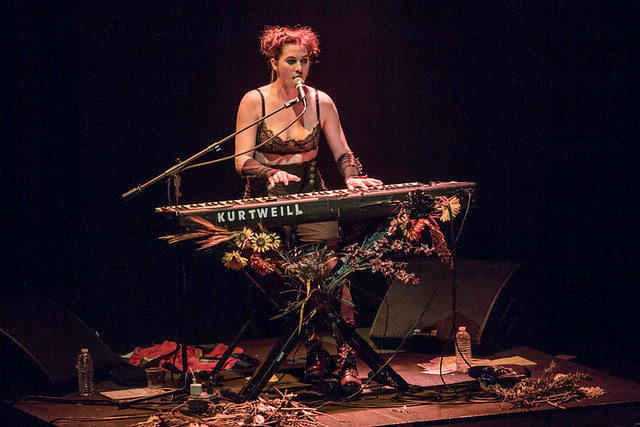 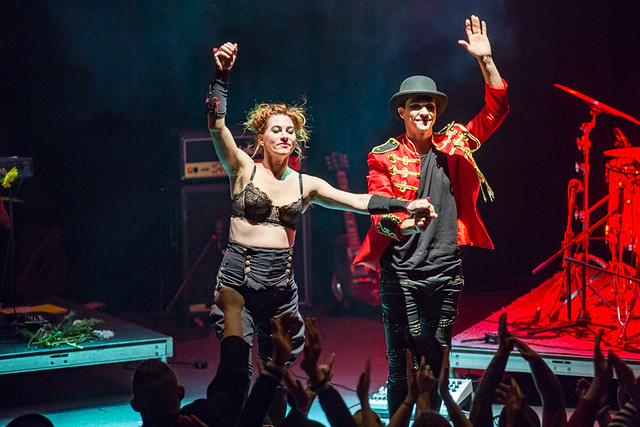 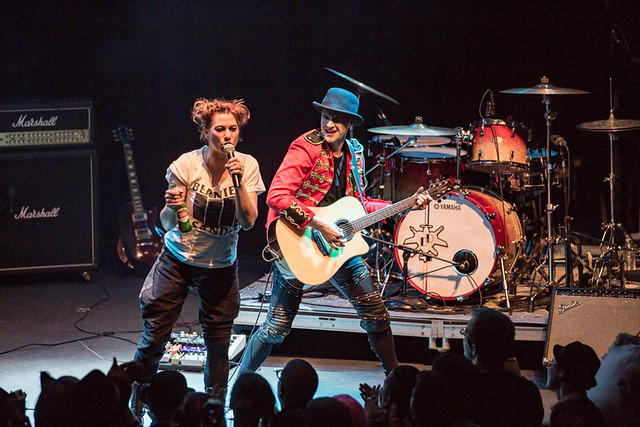 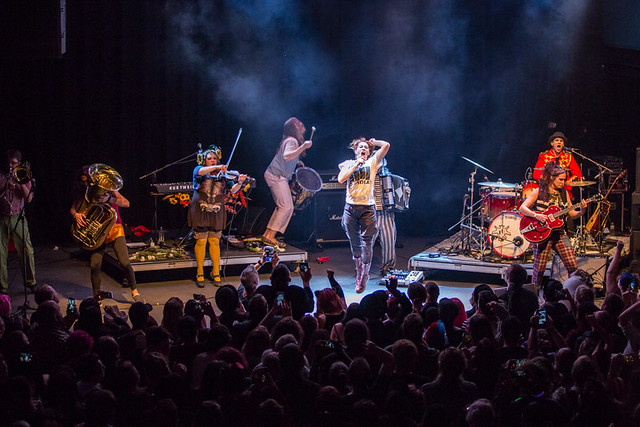