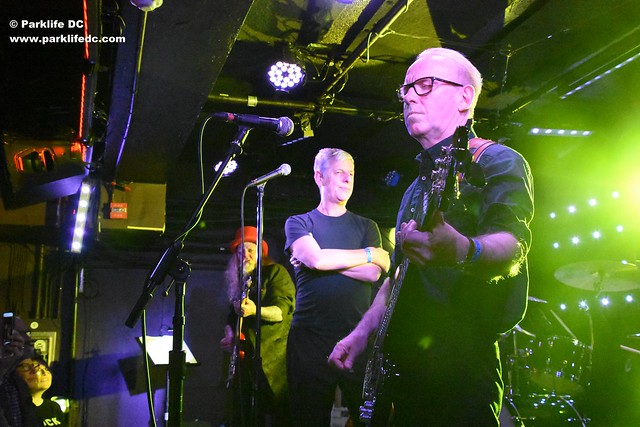 School was in session, and Modern English arrived to show us how it’s done. The post-punk masters returned in very good form indeed with Take Me to the Trees, their self-released new album published in February, for an engrossing show at Rock and Roll Hotel on Tuesday.

The new album is the eighth overall by the group, but the first to feature most of its original members in about 30 years. For the past several years, original members Robbie Grey (vocals), Gary McDowell (guitars), Mick Conroy (bass), Stephen Walker (keyboards), and relatively “new” addition Roy Martin (drums) have toured quite a lot, honing themselves into an impressive sonic machine. That work reflects well on the new album, which they showcased in their performance.

Early in the show, Robbie announced the availability of the new album and informed the audience that the band would play a bit of it. Modern English performed “Sweet Revenge,” a pulsating post-punk number that truly captures the classic feel of not only early Modern English but of a period in time as well. The band imparted a hint of blues in the rhythm section on Tuesday as Mick laid down a mesmerizing bassline and Roy peppered the drums in time.

Modern English then performed “Moonbeam,” a groovy track in which they were visibly proud. The song demonstrated a characteristic smart and spare Modern English quality but with a more pronounced new wave riff as Stephen promoted the synthesizer during the catchy chorus — “You’re like sunshine, and you’re mine.” It’s a terrifically text book example of classic new wave.

Next, Modern English played “Trees,” the nominal title track from the new album. “Trees” bore a cadence and atmosphere quite similar to “Heroes” by David Bowie, a direct influence on their early days for sure, and it proved to be a very pleasant earworm indeed. Gary, the band’s mystic guitarist, brought the song together with what nearly sounds like one continuous pleasing guitar riff (and it was a relief to see him back on stage after a health scare earlier this year).

With most of the show derived from Mesh & Lace and After the Snow, the band’s classic first and second albums, Modern English did not forget to deliver the goods that longtime fans were seeking. At a little over half full during an empty Thanksgiving week for DC, the crowd nevertheless was very attentive and eagerly soaked up every note Robbie and company shared from the stage.

Highlights from those early albums flowed with “After the Snow,” the quietly affecting ode to contemplation that features truly beautiful work from Gary and Mick in particular with the minimal rhythms of the verses and the rising crescendo of the chorus. Soon, Stephen shined again on personal favorite “Life in the Gladhouse,” another remarkable number from After the Snow notable for its unique instrumentation and cynical outlook.

As much as the audience enjoyed the show, the band almost seemed to enjoy it more. Spirits were high, and Robbie led the ensemble with charm and gravitas. Aged 60 as of this year, Robbie grew a very regal grey over the years, and his penchant for simplicity makes it easy to connect him to his younger self. The result is a prophetic circle, where the 25-year-old man may have written songs at turns disillusioned or romantic, but it takes the older version of himself to really bring them home as he emotes the words with a friendly countenance and bright eyes that carry the wisdom of his years.

Modern English capped the show with a three-song encore that closed with “I Melt with You.” As Robbie said before they performed it, “Everyone here knows this song. The random guy standing on the corner across the block knows this song, and the guy selling coffee down the street knows this song.” Still, Modern English relished the opportunity to play it, and the audience impressed Robbie with their full embrace of the lyrics and a ritual humming to the tune that often occurs during its performance. It was a lovely moment.

As the US tour wrapped in Brooklyn on Nov. 22, Modern English are now on a well-earned break. The professors of post-punk may have departed our shores, but they will surely return again soon. Schedule time to attend this master class — you won’t regret it.

Here are some pictures of Modern English performing at Rock and Roll Hotel on Nov. 21, 2017. 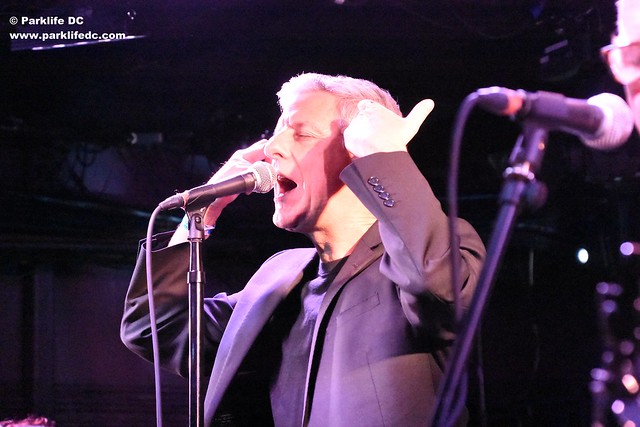 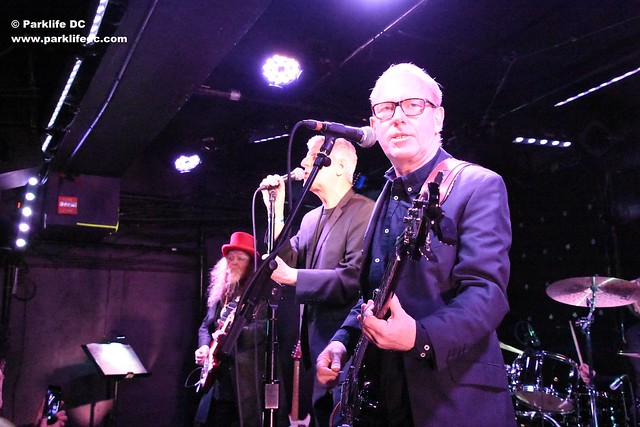 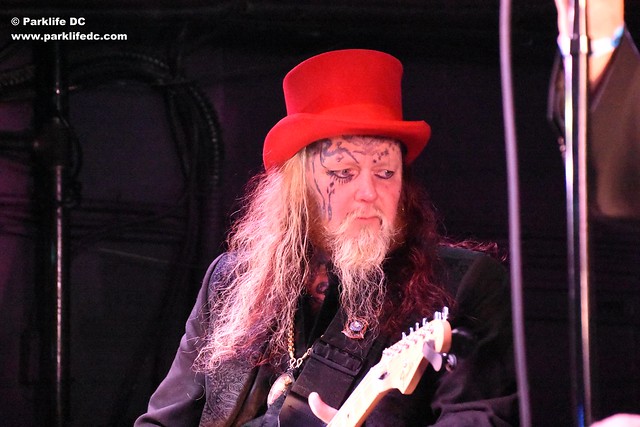 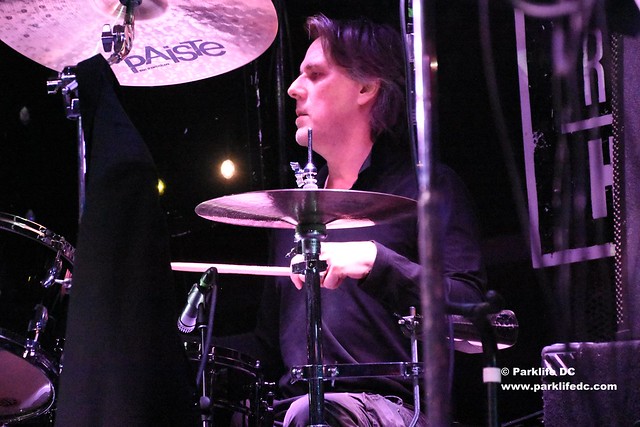 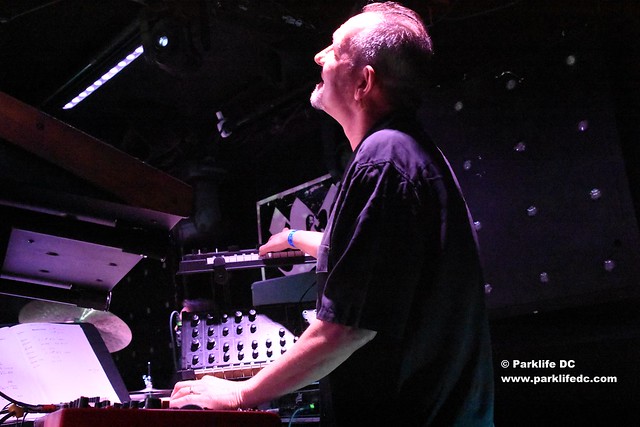 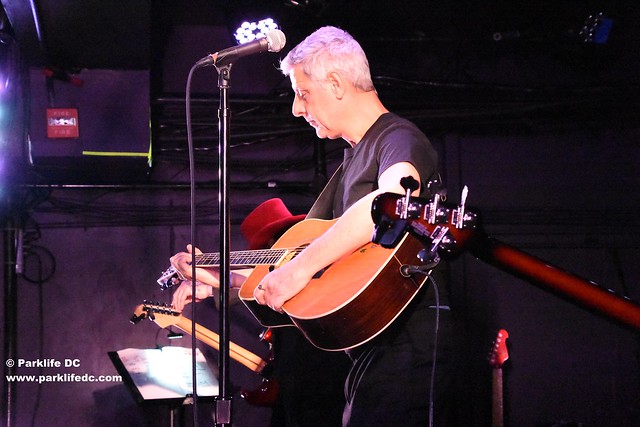 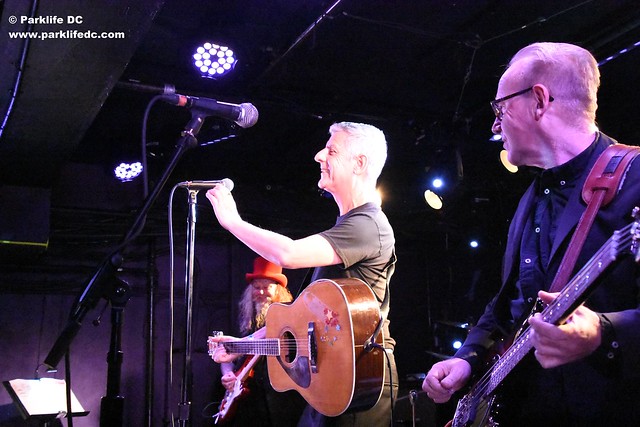 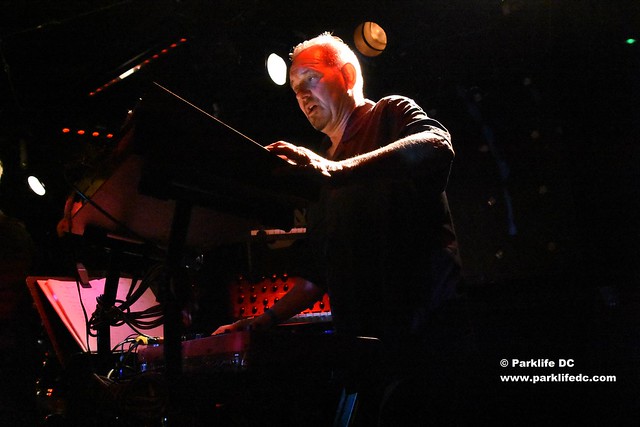 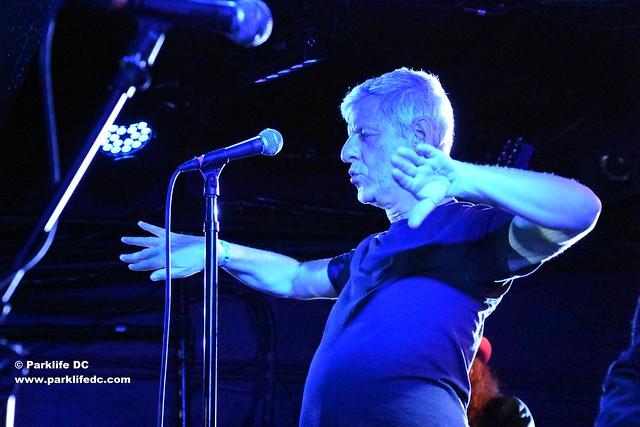 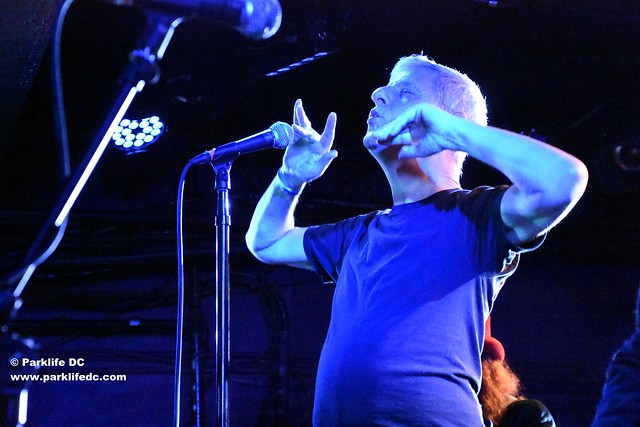 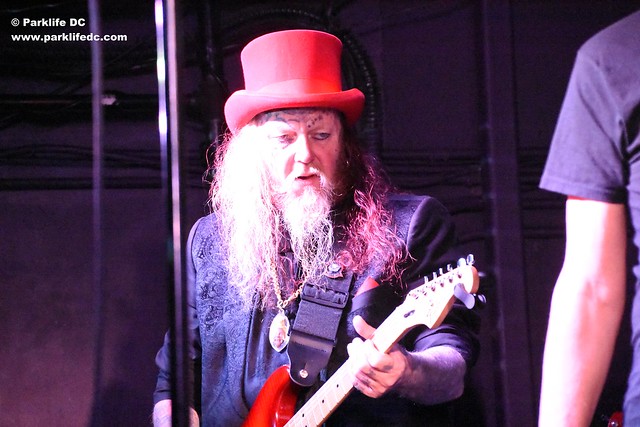 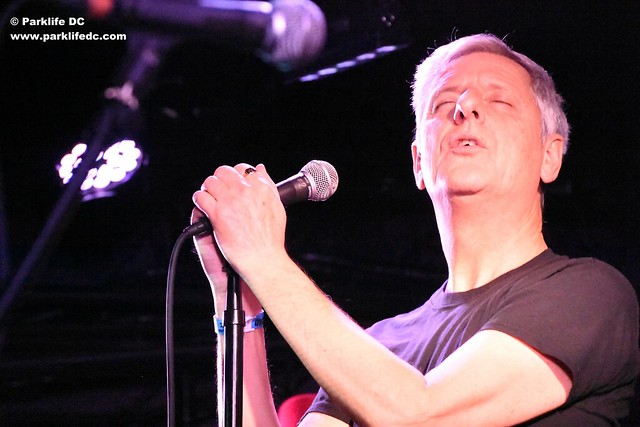 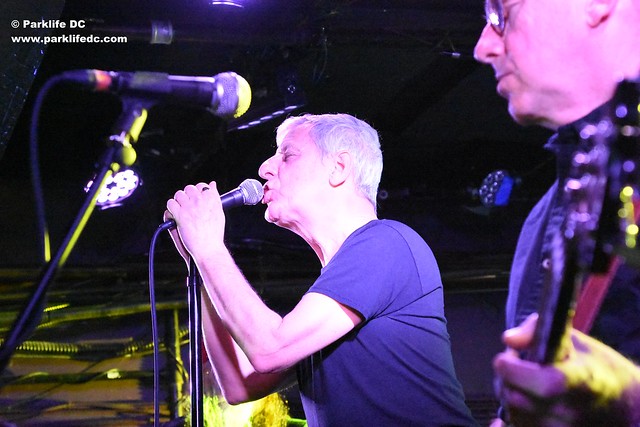 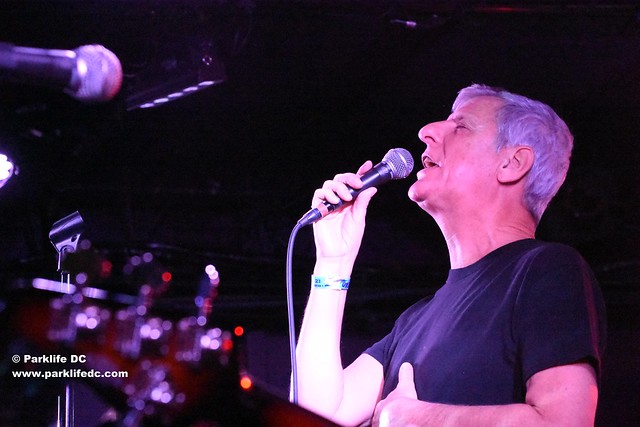