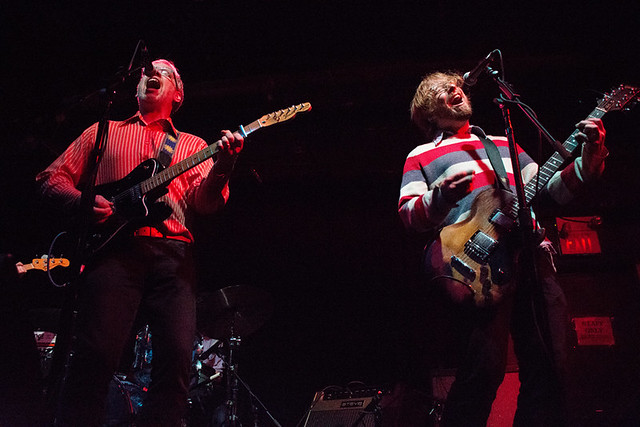 Some may call it dad rock, others power pop or indie. But I call it damn fine rock ‘n roll. Eyelids recently popped up on my musical radar — and when I saw the Portland, Oregon quintet was making a DC stop on its short east coast tour, I made sure to be at the Black Cat on Sunday. Headlining a bill that included DC’s own Humble Fire and Jay Gonzalez (of Drive-by Truckers), Eyelids delivered a blistering 80-minute set of hook-heavy pop rock gems.

Eyelids is John Moen, Chris Slusarenko, and Jonathan Drews leading a three guitar attack with bassist Jim Talstra and drummer Paulie Pulvirenti playing music they describe as “sweet melodies and bummer vibes.” With members migrating from, among others, Guided by Voices, The Decemberists, and Elliot Smith, their musical pedigrees recall early ’90s college rockers like Gin Blossoms, Teenage Fan Club, and The Connells (with The LAs and Pearl Jam thrown in for good measure).

But lest you think this band is a nostalgia trip, Eyelids’ music is unique and buoyant pop carrying on a tradition that stretches back through Badfinger and the Beatles to Buddy Holly. The best pop music always contains lyrical and melodic complexity hidden under an immediately accessible tune. Indeed, “Falling Eyes” is power pop perfection. The song, with its urgent melody and killer hook, burrows deep into the listener’s ear. And after the first two verses, when you think you know where the song is headed, the bridge slows it all down with lyrics wrapped in alienation and the longing to escape: “She reveals what her heart allows, crumbling under what the past offers now.”

Bummer vibes, indeed. The entire song is bookended perfectly with a melodic structure that completely turns the lyrics on their head; the pessimism of the descending opening riff contrasts spectacularly with Chris Slusarenko’s optimistic ascending guitar line of the exuberant closing chorus.

The band’s set featured tunes from its two full-length albums (2014’s 854 and this year’s or), opening with the ominous “23 (Years),” the hilariously titled “Seagulls into Submission,” REM’s Murmur era-like “Camelot,” and the aforementioned “Falling Eyes.” As all great concerts do, the evening’s set list ebbed and flowed between up-tempo, high-energy tunes contrasted with mellower songs like “Tell Me You Know,” ultimately culminating in a sonic maelstrom that saw guitarist John Moen wading into the crowd to hang his guitar around a startled fan’s neck in a definitive act of audience participation.

Eyelids’ Black Cat performance was the last of its fall east coast tour, but we were promised a return engagement in 2018. I know many of us hope it won’t be too long before this band is back. In the meantime, find Eyelids’ music on Facebook.

Here are some pictures of Eyelids performing at Black Cat on Nov. 19, 2017. All photos copyright and courtesy of Mark Caicedo. 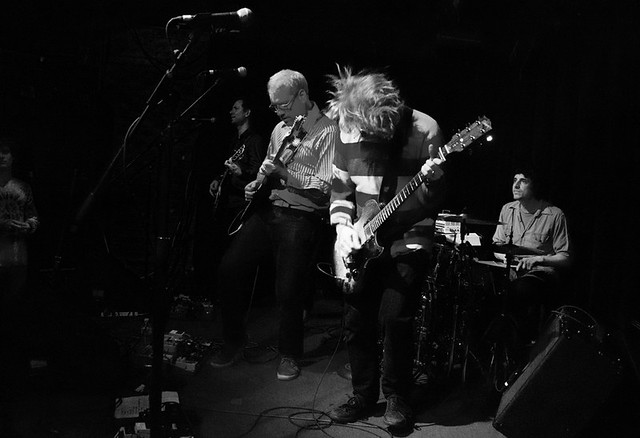 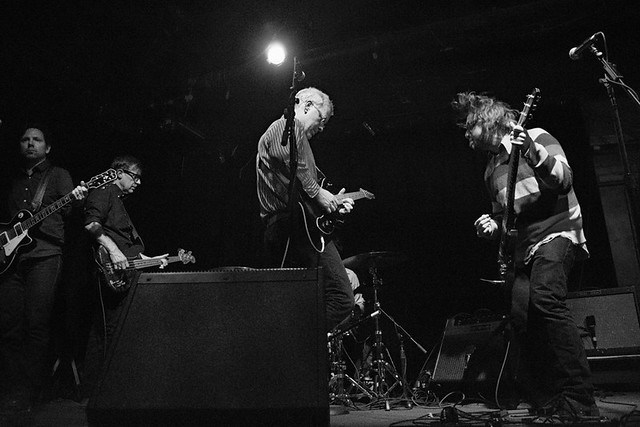 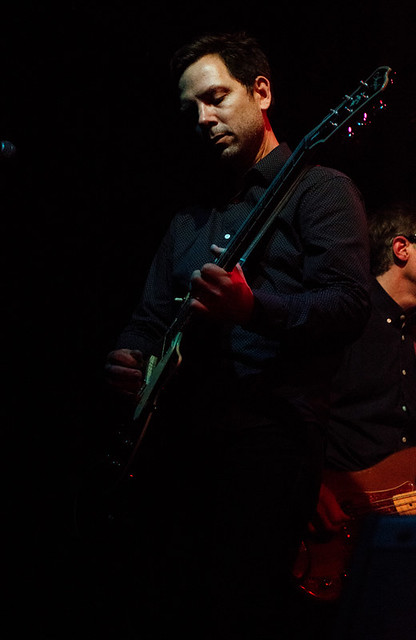 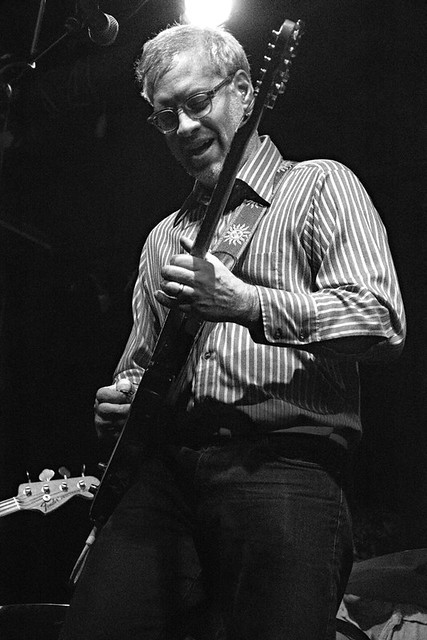 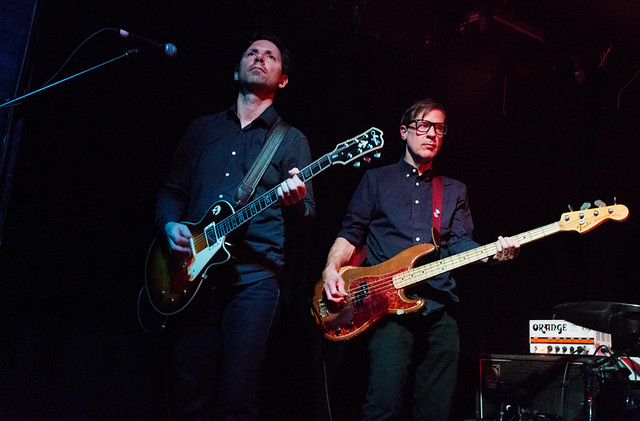 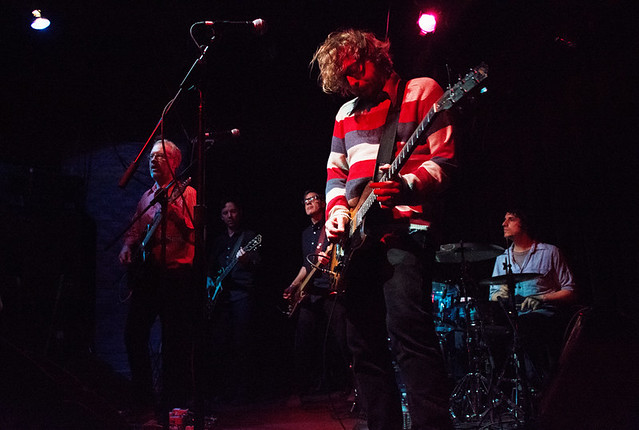 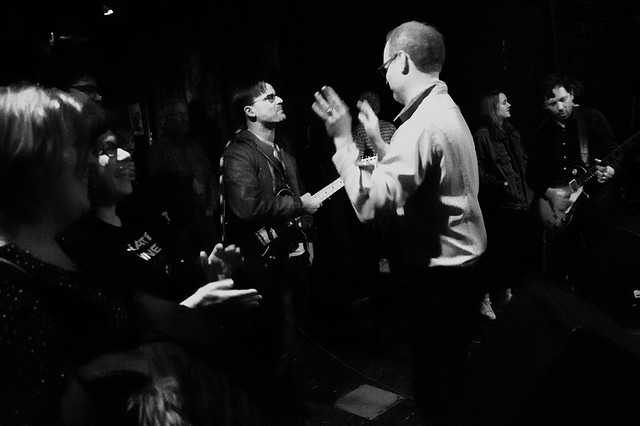 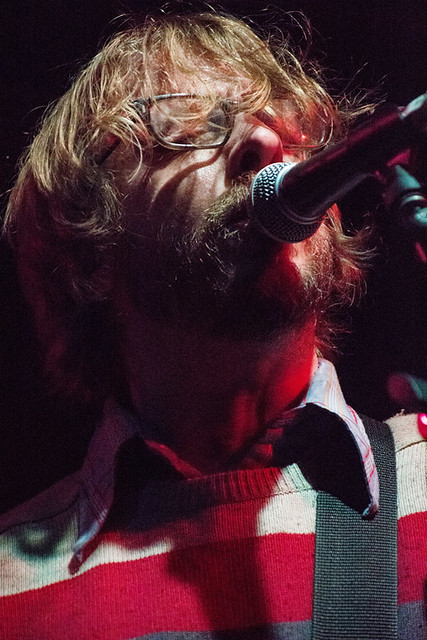 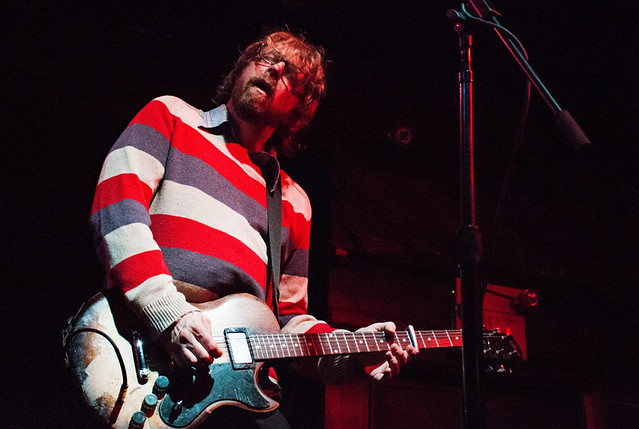 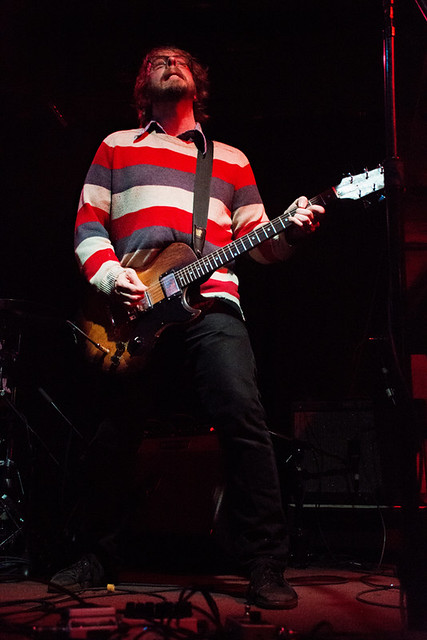