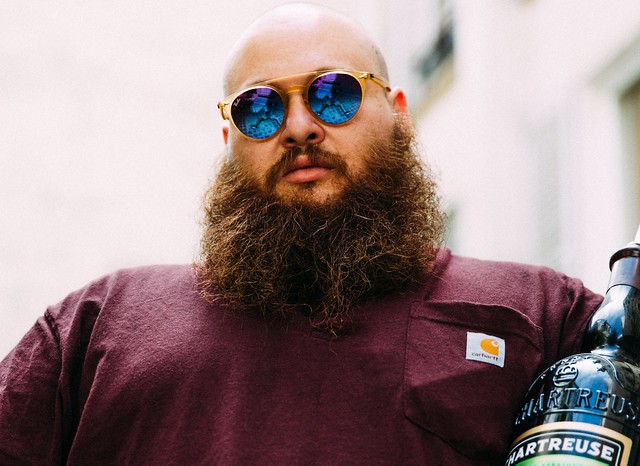 Blue Chips 7000 is the third in a Blue Chips series for Action Bronson, following his mixtapes Blue Chips and Blue Chips 2. But in addition to rapping, Action Bronson dedicated a lot of time to food recently, publishing a debut cookbook and appearing on a VICELAND TV show.

Regarding his music, watch the official music video for “The Chairman’s Intent” by Action Bronson on YouTube:

In a review for Pitchfork, Jay Balfour praised Action Bronson’s new album: “Bronson has already released a few dozen songs like the one’s you’ll hear on Blue Chips 7000. But these new tracks are probably the strongest in his catalog—full of cheeky, relentless verses to match the energetic funk he’s best accompanied by—and the repetition feels strategic.”

And regarding his newfound fame as a foodie, watch a video from his stop in Paris for the second installment of the Munchies special “From Paris with Love”: