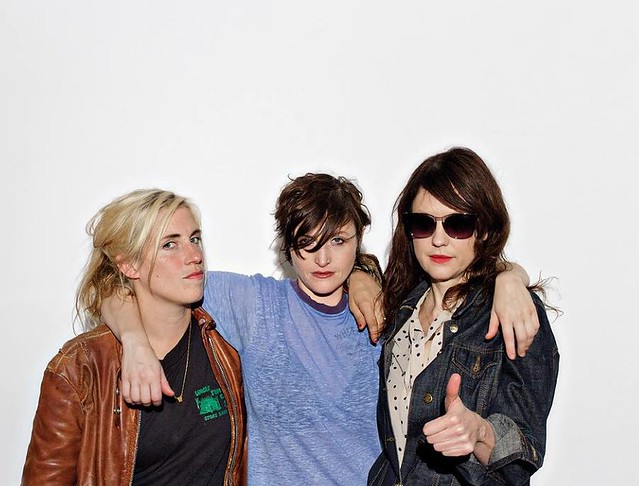 Several years ago, Ex Hex, one of the best bands to come out of DC in quite some time, dropped Rips, their debut album, and then toured a lot. The all-female power pop trio have been relatively quiet in 2017, but they will end the year with a big show at Black Cat on Saturday, Dec. 30.

Fronted by amazing guitarist Mary Timony, who recently dedicated herself to remastering the catalog of her ’90s band Helium, Ex Hex blaze through a concert with rock swagger and punk attitude. Joining Mary are bassist Betsy Wright, who recently started up side project Bat Fangs, and drummer Laura Harris, whose been seen around the world with Death Valley Girls in the past year.

Watch the official music video for “Waterfall” by Ex Hex on YouTube:

Rumors have bubbled up here and there that Ex Hex may have a second album in the works with Merge Records, which published their debut in 2014. If true, this would be terrific news, particularly given how quiet Ex Hex have been. The band was last seen locally opening for Spoon in June at Merriweather Post Pavilion.

Buy your tickets online, and hope this signals more of Ex Hex to come!