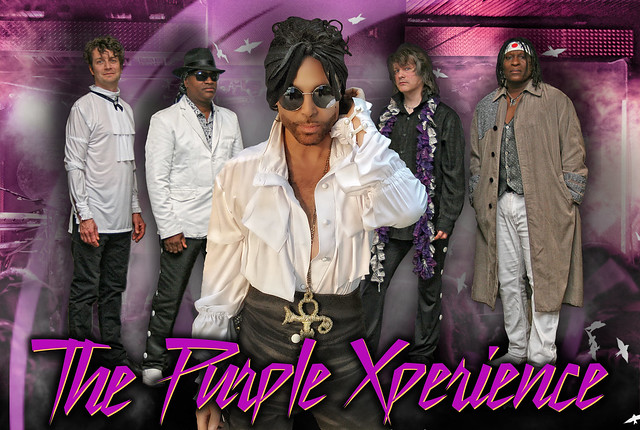 The Purple Xperience is a tribute to Prince, hailing from Minneapolis, Minnesota. The five-man band will visit Maryland Live! Center Stage to perform the songs of Prince on Thursday, Dec. 7.

Watch a live promo video by The Purple Xperience on YouTube:

Marshall, the frontman for The Purple Xperience, imaginatively styles the magic of Prince’s talent in an uncanny fashion with his appearance, vocal imitation, and his talent on guitar and piano.

At the age of 15, Marshall taught himself to play guitar and later tackled piano, bass, and drums. He is also a celebrated producer and recording artist known for being a part of Marshmallow Fields, a ’90s production team that included Marshall, John Field, and Steven Greenberg. The trio recorded a popular house cover of “867-5309 (Jenny)” by Tommy Tutone.

In 2009, Marshall teamed up with Dr. Fink and Pepe Willie to from the band 94 East. Dr. Fink then recruited Marshall into The Purple Xperience. With the reformation of The Revolution, however, Dr. Fink does not perform with the tribute band. He’s been replaced by keyboardist Cory Eischen, who is a Prince expert that has collected and archived Prince performances and played alongside Dr. Fink and members of Prince’s New Power Generation.