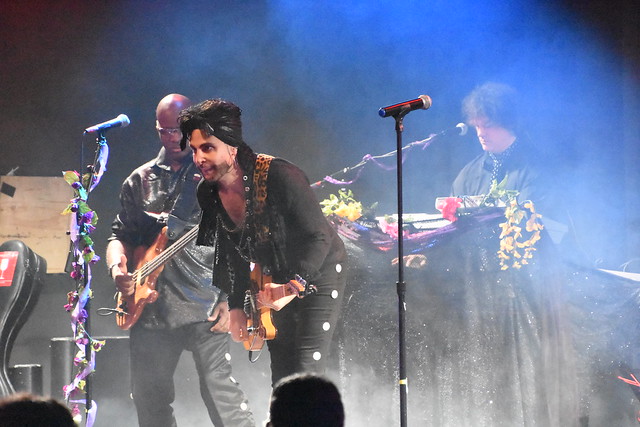 Well, The Purple Xperience brought the purple rain as they bathed casino-goers in their purple sound in an impressive tribute to Prince at Maryland Live! Center Stage at the casino in Hanover, Maryland, on Thursday.

Hailing from Minneapolis, the Prince tribute act was originally assembled by none other than Matthew “Doctor” Fink, who apparently departed when The Revolution reformed and toured in the wake of Prince’s passing in 2016. That said, the greatest asset of The Purple Xperience undoubtedly always has been Marshall Charloff, its frontman. Marshall, a producer and a musician in his own right, made wondrous turns on guitar and piano last week, but most notably nailed a range of Prince songs with his impressive voice.

Marshall impressed early with his turn on Prince’s “Controversy,” and the rest of the band kept pace on the dynamic song. Each of the other band members got their moment to shine as well. Marshall introduced drummer Ron Caron as a man who likes “old school funk,” and he made the declaration again until the audience cheered them on with appropriate fervor. Ron ran the crowd through “Kiss,” imbuing it with the appropriate level of percussive power and of course old school funk.

A bit later, Marshall took to the piano solo as the rest of the band took a break. He teased the audience with a bit of “Santa Claus Is Coming to Town” from his keyboard before diving into a rousing medley that included “The Most Beautiful Girl in the World.” A natural performer, Marshall is not shy about interacting with his audience, and provoking responses to songs like “Beautiful Girl,” inciting women and men at turns to shout in response.

Of the other band members, Marshall seemed to have strong chemistry with bassist Ron Long, and the two men often danced in step and exchanged jokes. Mr. Long settled into the spotlight in particular for “America” by Prince — a tune where the sang the verses and Marshall sang the chorus. He did a damn fine job of pumping up the room lyrically while holding down the fort rhythmically. Guitarist Tracey Blake also put in a terrific performance, absolutely playing pitch perfect renditions of the Prince catalog. He particularly impressed in a guitar solo to close out “Little Red Corvette.”

Soon, Marshall made a costume change (one of several) and returned with the famous “cloud suit” from the music video for “Raspberry Beret” by Prince. This was perhaps the absolute best moment in the show as seeing the iconic outfit in a live performance was quite stirring. Marshall closed out most of the last leg of the show in the suit, and the band hit selections that rank among my favorite Prince songs — “When Doves Cry” and “1999.” Those tunes really depend on a strong keyboardist in their melding of R&B stylings to new wave dynamics, and The Purple Xperience have a strong keyboardist indeed in Cory Eischen, who earnestly and attentively tackled the synths from his station behind Marshall. Many Prince songs depend on those signature synths for their power, and Cory certainly delivered throughout the show.

Naturally, The Purple Xperience closed their show on “Purple Rain,” to the delight of the swooning crowd.

The Purple Xperience are on the road regularly, and they perform at quite a few casinos and resorts. They are due to return to Maryland Live! Center Stage late in the winter, so keep your eyes open for their purple arrival. Here are some pictures of The Purple Xperience performing at Maryland Live! Center Stage on Dec. 7, 2017. 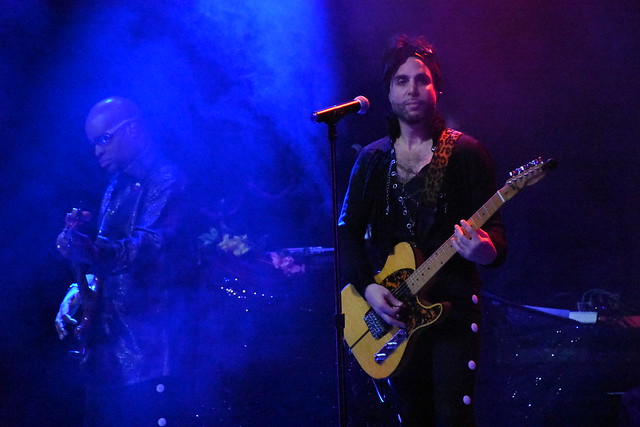 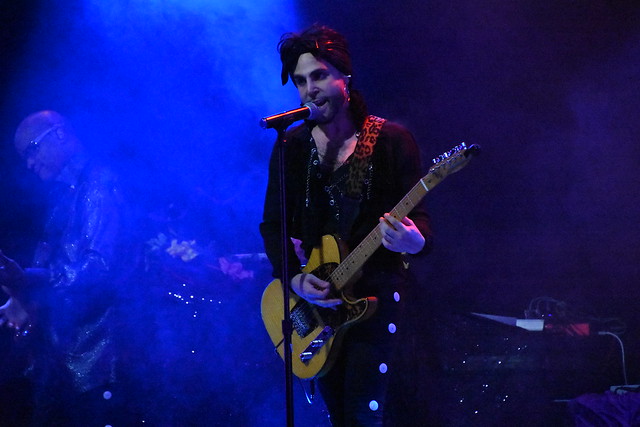 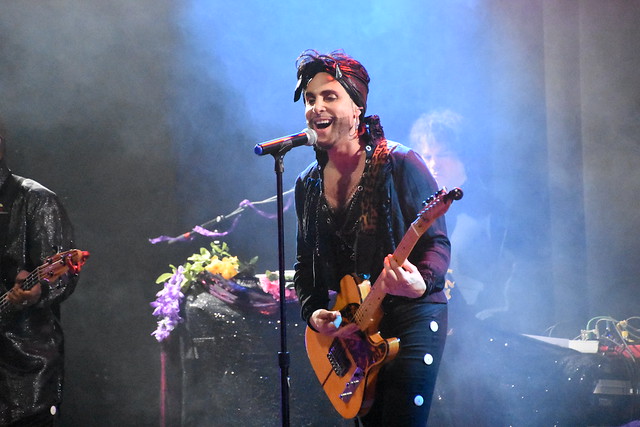 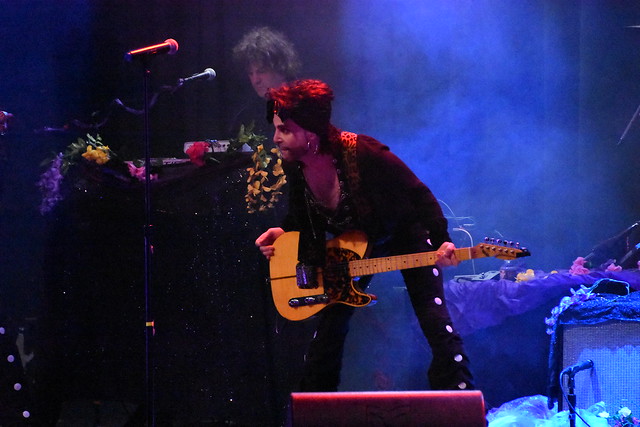 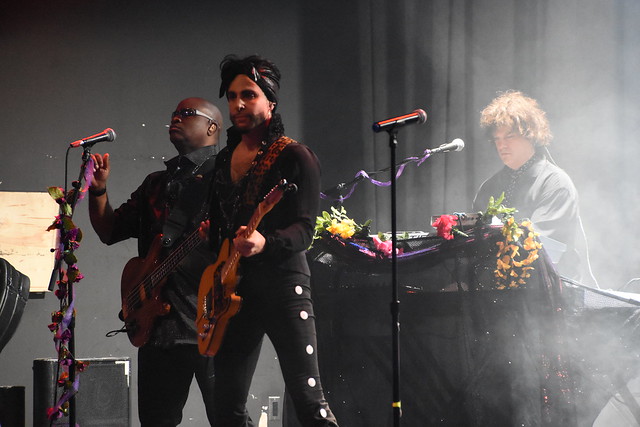 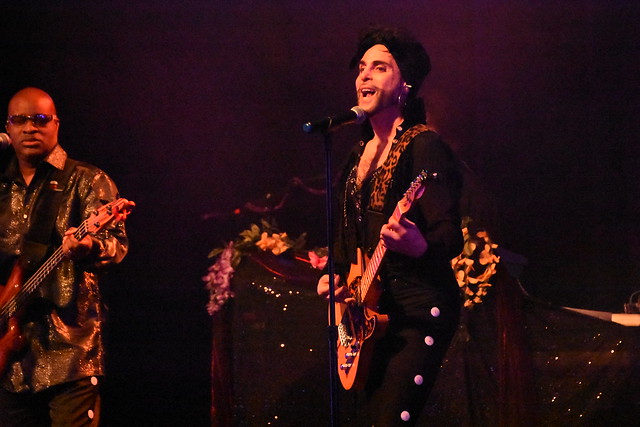 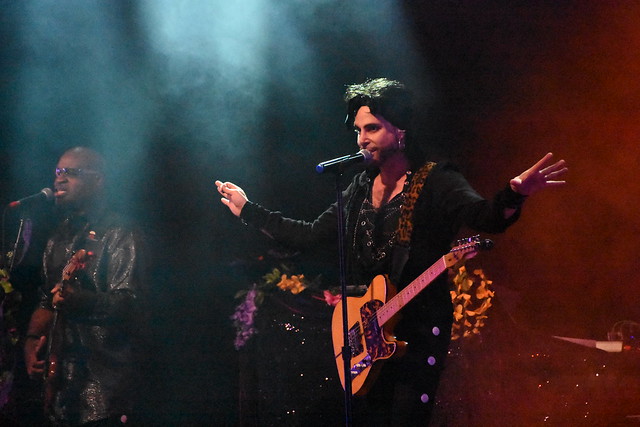 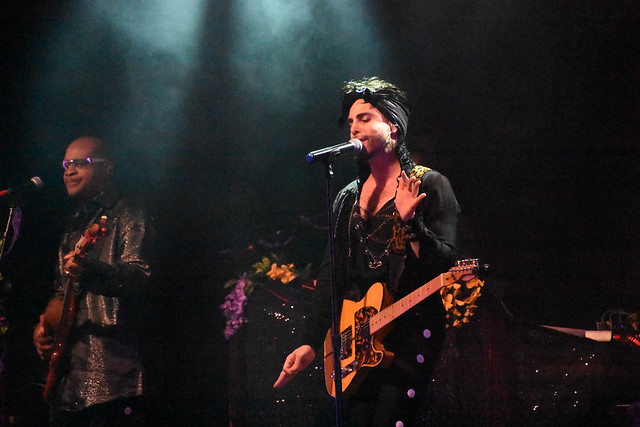 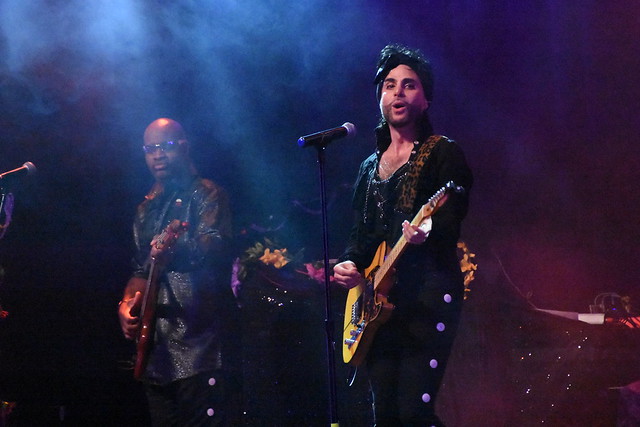 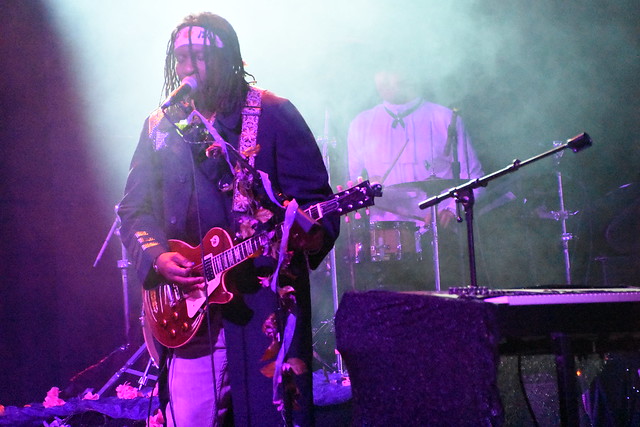 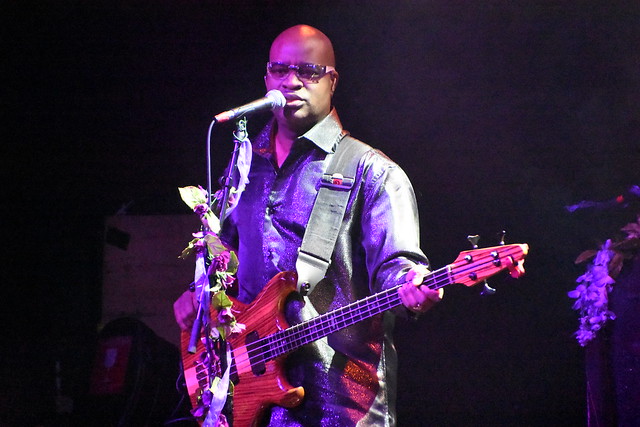 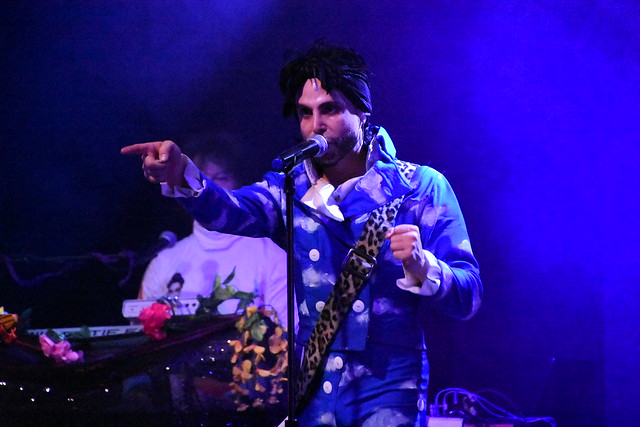