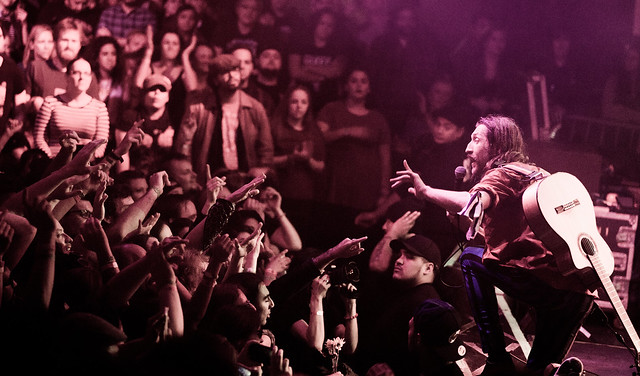 Gogol Bordello loves a good New Year’s Eve show, and they are delivering one as openers for the Thievery Corporation at The Anthem on Sunday, Dec. 31.

The self-proclaimed gypsy punks released Seekers and Finders, their seventh studio album, in August via Cooking Vinyl. Eugene Hütz said he drew inspiration from his travels when crafting the album.

“I was still bouncing between Latin America and Eastern Europe when songs were emerging, but finally, as soon as I moved back to New York, it all came into focus… as it always did for me here,” Eugene said.

Watch “Did It All” by Gogol Bordello live at the Capitol Theatre on YouTube:

Of course, Gogol Bordello are known for their kinetic and frenetic live shows, as seen in the video above. The nine-piece band pulls together violins, accordions, trumpet, marimba, guitars, bass, and drums in their signature mix of punk, folk, and Latin vibes. The Wall Street Journal praised their live show, saying, “Gogol Bordello mashed punk energy with Eastern European modes for a set that received the wildest reception of any show I saw.”