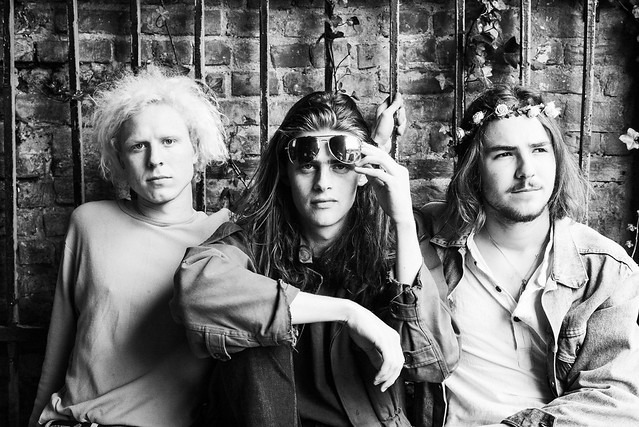 Update on Jan. 5: Blaenavon have dropped off the tour!

From the band: “Ben was hospitalised just prior to Christmas and is convalescing there under doctor’s orders. He is making good progress and should be out in the near future.

“We promise to return to the US soon to make up for it.”

The Wombats are touring on their fourth studio album, and they are bringing along British rock trio Blaenavon to open at 9:30 Club on Monday, Jan. 8. The show has sold out, but get there early to check out Blaenavon.

Blaenavon released That’s Your Lot, their debut studio album, last year via Atlantic Records. Three teenage friends initially formed the band to enter a talent contest. Ben Gregory, Frank Wright, and Harris McMillan were only 14 years old when they performed a cover of “Knights of Cydonia” by Muse for a school panel in Hampshire. Inspired by their experience, the guys started recording and posting the results to Soundcloud.

After performing at summer festivals in Europe and the United States last year, Blaenavon toured with Alt-J in the United Kingdom in September. The band also surprised with an EP, Prague ’99. And now The Wombats have enlisted them as openers on an upcoming US tour.

Said songwriter Ben Gregory of the title of his band’s debut album — That’s Your Lot: “Is this a parting message? A final goodbye? To a person or from us as artists? Is it more about the idea of fate and acceptance of what the world has planned for you?”

Decide for yourself when you see Blaenavon open The Wombats at 9:30 Club on Jan. 8. The show has sold out!