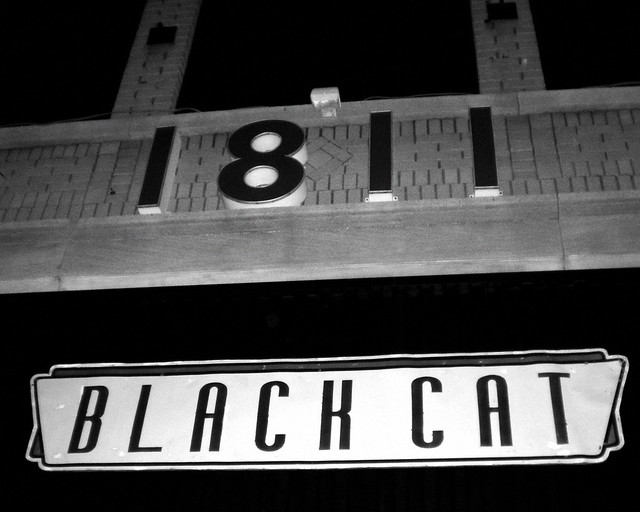 After its New Year’s Eve party on Dec. 31, Black Cat, one of DC’s top indie rock clubs, closed its doors for roughly four weeks for repairs. The Back Cat intends to reopen on Sunday, Jan. 28, for a concert headlined by Destroyer, which features Dan Bejar of The New Pornographers.

In a statement presumably issued by Black Cat owner Dante Ferrando, the club said, “The Black Cat will start off the new year by making some upgrades to our Mainstage concert room over the first few weeks of January. We’ll be enhancing the Mainstage, making a repair or two, and preparing for some long-term renovations that will continue over the course of 2018.

“The club will be open again in time for some great shows in late January. With our 25th anniversary around the corner, we’re using this time as a chance to build upon our legacy as a place of independent community and music — while also looking toward the future.”

The January construction may well signal the start of a long process whereby the Black Cat will build a third floor addition with an eye toward eventually converting the current first floor into a sublet for a retail business.

Dante presented the plan to an Advisory Neighborhood Commission (ANC) 1B meeting on May 15, 2017, and again to a DC Zoning Preservation and Development Committee Meeting on June 22, 2017.

According to notes from the ANC 1B meeting on May 15, Dante said, “The plan is to move the first floor operation to the third floor and create retail space on the first floor for daytime activity. We looked into modifying the current business model or selling and moving to another location. This plan would let us stay and continue what we have been doing for the past 20 years. The plan has the lowest possible profile that will fit the first floor operation up onto the third floor addition. The outside seating will be enclosed on three sides to limit the impact to the neighboring residents.”

The entire plan has the full support of the ANC.