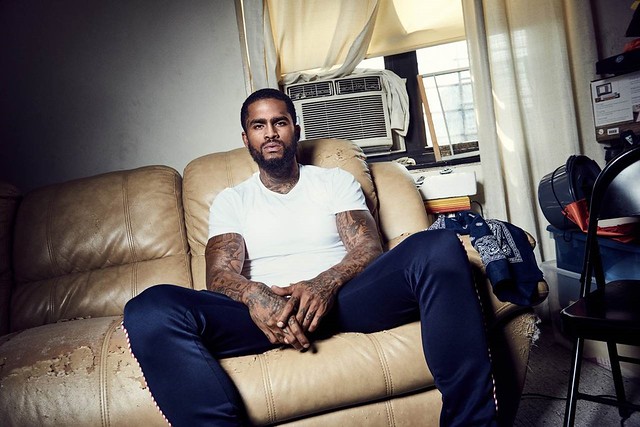 Harlem rapper Dave East, born David Brewster Jr., released Paranoia: A True Story, his debut extended play (EP), last summer via Def Jam Recordings and Mass Appeal Records. He kicks off a tour on Jan. 16 in New York City, and then finds himself at Baltimore Soundstage for a show only a few days later on Jan. 19.

Dave East had 10 mixtapes to his credit when Nas signed him to his label Mass Appeal Records in 2010. In 2016, Dave East signed to Def Jam Recordings in a joint venture with Mass Appeal.

Dave East first appeared on Def Jam in 2016 with Nas, Lin-Manuel Miranda, and Aloe Blacc for “Wrote My Way Out” on The Hamilton Mixtape. Since 2015, Dave has collaborated on tracks with Fabolous, 2 Chainz, Trey Songz, Styles P, Meek Mill, and fellow Harlem mc Smoke DZA, among others.

All the work on mixtapes paid off for Dave East, who said, “I’ve got my music to a point where the world ‘bout to hear it now. I wanted to put out the best project I can put out.”

Speaking of Paranoia: A True Story, he added, “I basically wanted to put a documentary, lyrically. I wanted to bring you up to speed with my life and where it’s at now. I want to make records where you can see what’s happening. I want to make it as vivid as possible. It’s real-life rap.”