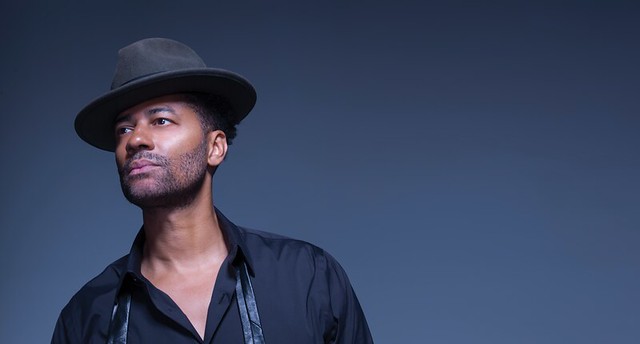 Eric Benét released his self-titled eighth studio album in 2016 via Jordan House and BMG. The R&B superstar continued to tour after the album’s release, and he’s making his way to DC for two dates at The Birchmere on Wednesday, Jan. 17, and Thursday, Jan. 18.

Eric released two singles from the album, Eric Benét. The most recent was “Insane,” which featured a video shot in Philadelphia starring actress Margot Bingham of Boardwalk Empire.

Watch the official music video for “Insane” by Eric Benet on YouTube:

At the time of the album’s release, Eric explained why the 13-track record felt very personal to him.

“I really wanted this album to be pure R&B, without any attempt to be anything other than completely authentic and creative,” said Eric. “For the first time in my career, I feel like it sums me up so well creatively, and I did it on my own terms and in my own time. So, it seemed very appropriate to self-title the album. It confirms that I’m really about live instrumentation, many different influences, issues that are real and personal to me, and lyrics that are vulnerable and honest. I think my fans have come to expect that from me, and that’s definitely what this album is bringing.”

In a review for You Know I Got Soul, Edward Bowser hailed the album as “timeless” and the true work of a “music veteran.”

Eric’s latest is “a diverse collection of musical styles delivered with the confidence of a music vet. Don’t worry about Eric regressing into ‘trap&B’ songs or adding duct-taping flavor-of-the-month rappers to his tracks to generate buzz. He doesn’t need gimmicks to justify his art. Benét’s confident enough in his abilities to create an album on his terms — mature, soulful and true to his core sound,” said You Know I Got Soul.