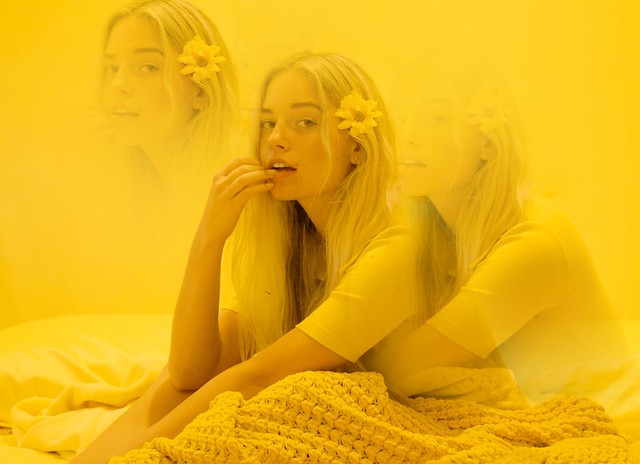 Northern California singer/songwriter Ashe has released well-received singles, including her latest, the grungy “Girl Who Cried Wolf,” via Mom+Pop. Ashe is visiting 9:30 Club on Tuesday, Feb. 6 to open for Lauv. Get there early to catch her show!

Ashe, born Ashlyn Willson, released a debut electropop single “Used to It” via Mom+Pop in June after a series of collaborations with Louis the Child, Whethan, Ben Phipps, and Shaun Frank. Vevo dscvr named her an “Artist to Watch in 2018.” Her debut single received more than 1.4 million Spotify streams, charted #1 on the Spotify Global 50, and hit #1 on Hype Machine seven times.

Watch a live performance of “Girl Who Cried Wolf” by Ashe for Vevo dscvr from November 2017 on YouTube:

Graduating from Berklee College of Music, Ashe developed a background in jazz and songwriting and now applies her talents to sunny beach-pop. Prior to opening fellow Californian Lauv, Ashe made her mark at Coachella with Big Gigantic and then she did a run of shows with The Chainsmokers on their arena tour alongside Shaun Frank.

The 9:30 Club show is sold out, but go early to see Ashe live if you already have tickets.