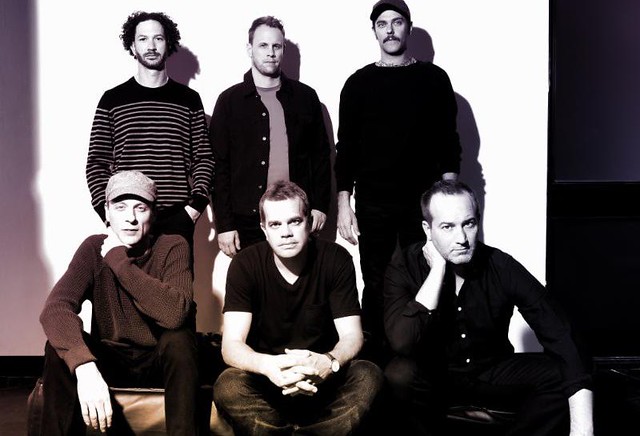 Umphrey’s McGee released It’s Not Us, their 11th studio album, on Jan. 12 via Nothing Too Fancy Music, and the prog rockers began a massive new tour that week also. Umphrey’s McGee are on tour now, and they will play The Anthem in DC on Thursday, Feb. 15.

With It’s Not Us, Umphrey’s McGee strived to fit the dynamics of their live performance into their studio sound. The resulting 11 tracks successfully capture the band’s broad range while also providing the listener with some of the most accessible music ever recorded by the band.

A few weeks ago, Umphrey’s McGee highlighted new single “Looks,” which features an unstoppable bassline and snappy percussion. “The dynamic track builds its funky momentum with acrobatic drum rolls and staccato bass notes before discordant guitars and filtered vocals throw the comfortable groove for a loop, keeping us on our toes as the song continues to shift,” said Paste magazine of the single.

Watch a lyric video for “Looks” by Umphrey’s McGee on YouTube: