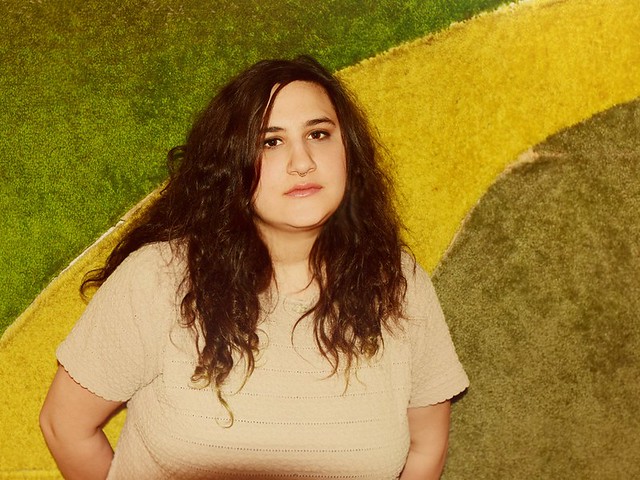 Palehound once was the solo project of vocalist Ellen Kempner, who has been touring quite a lot in the past several years! Ellen recorded her new album at Thump Studios in Brooklyn as a follow-up to Palehound’s 2015 debut album Dry Food. Ellen co-produced the YMCA Pool single with Alicia Bognanno of Bully, who also engineered the tracks last summer in Nashville. They released the single via Saddle Creek.

Listen to “Sea of Blood” from YMCA Pool by Palehound on YouTube:

Ellen elaborated on the maturity of Palehound’s second record.

“A lot of it is about loss and learning how to let yourself evolve past the pain and the weird guilt that comes along with grief,” Ellen said.

“I lost two people I was really close with,” she added. “I lost my friend Lily. I lost my grandmother too, but you expect that at 22. When you lose a friend — a young friend — nothing can prepare you for that. A lot of the record is about going on with your life, while knowing that person is missing what’s happening — they loved music and they’re missing these great records that come out, and they’re missing these shows that they would’ve wanted to go to. It just threw me for a loop to know that life is so fragile.”