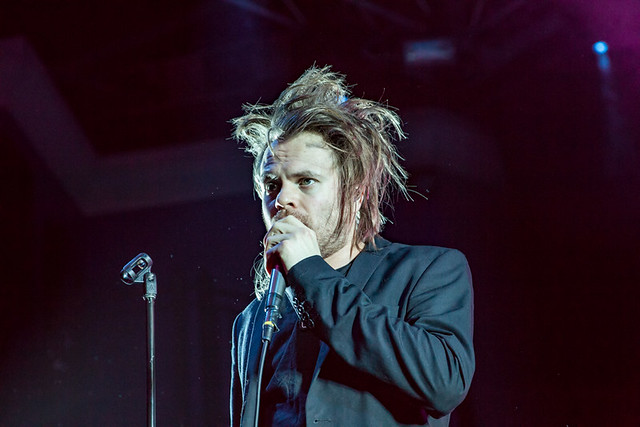 Roughton Reynolds meant business. He strode up the 9:30 Club stage to inform the audience that Enter Shikari would now perform a rapid-fire medley of four of the post-hardcore band’s most furious songs.

“They all run at 174 beats per minute so this is very very serious,” Rou said.

At this point, 9:30 Club already was lit. About three-quarters full, the most enthusiastic audience members in the club already had been thrashing about in the most volatile moshpit I had seen in quite some time! But then, four songs in eight minutes presented a challenge the moshers were happy to accept.

Enter Shikari launched into “Sorry, You’re Not a Winner” from their 2007 debut album, Take to the Skies; blared into “Sssnakepit” from A Flash Flood of Colour of 2012; tore up “…Meltdown” from the same; and blew people away with “Antwerpen from Common Dreads, their 2009 sophomore album.

In response to the medley, grown men tossed themselves like rag dolls into the middle of 9:30 Club’s floor, gleefully abandoning any more sensible thoughts of restraint they may have had prior to the start of the show. It was perfectly okay — all went as expected and no one was hurt. Audience and band alike energized each other with the spectacle, and everyone went home happy.

Prior to this tour, Enter Shikari released The Spark, their fifth studio album, via Ambush Reality and PIAS Recordings. The English rockers began their show walking into to the title track, and then launched into “The Sights,” a pleasing single that presents more of a post-punk side of the band in line with The Fratellis or Maximo Park, a transformation for the band certainly. But the more Enter Shikari performed, the more they thrashed, and the more familiar they seemed surely! The stage set reflected the loose space-age theme of the album, particularly with a super slick keyboard embedded in a 1960s’ vision of a futuristic television.

As they built the set toward their medley, Enter Shikari played “Airfield,” a charming new song from The Spark that served as a highlight for me. Rou began the song alone, seated at his keyboard. The introspective ballad continued for a while with uplifting refrain of “but that don’t mean you’re out” until the last minute when drummer Rob Rolfe thundered into the song and Rou rocked his keyboard in a stirring cacophony that transformed the room into a sonic den of disruption. Blur would approve.

Enter Shikari remain on tour tonight, Jan. 30, in Cambridge, Massachusetts, and they stay in North America for a good long while to wrap their show in Phoenix on Feb. 27. Get out there and mosh with the best of them while appreciating that Enter Shikari are a band with many layers.

Here are some pictures of Enter Shikari performing at 9:30 Club on Sunday, Jan. 28, 2018. All photos copyright and courtesy of Paivi. 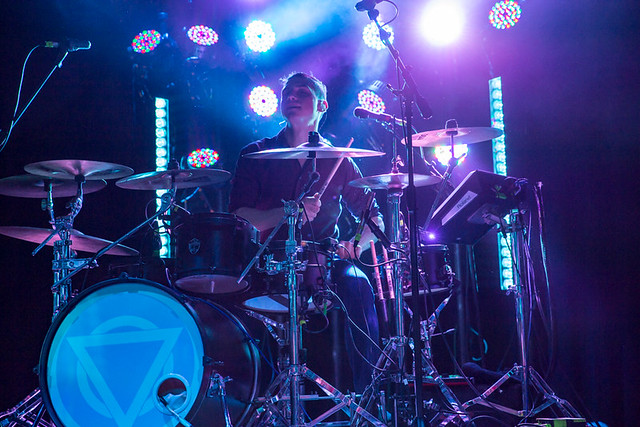 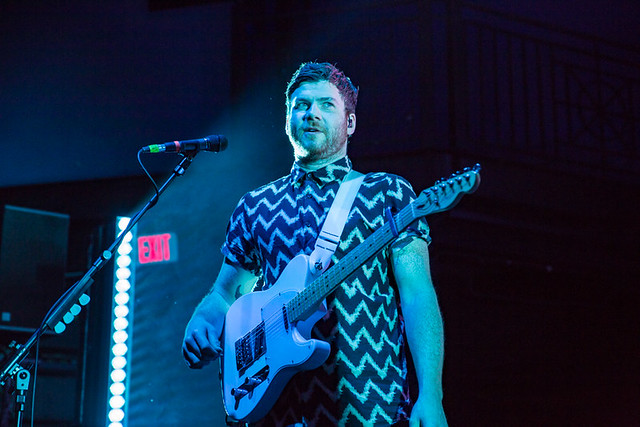 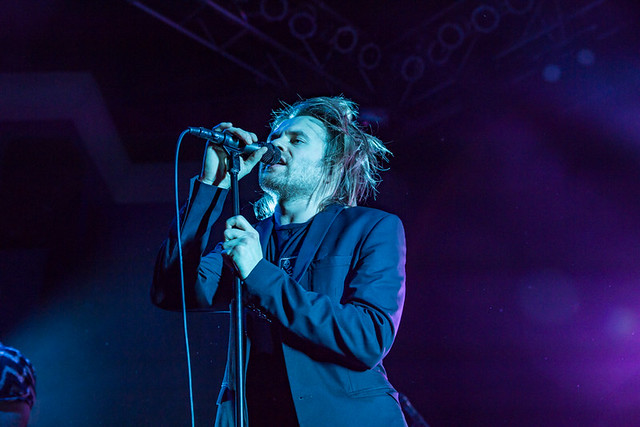 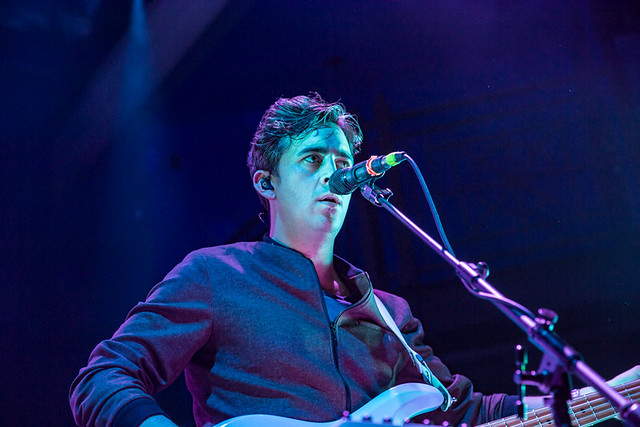 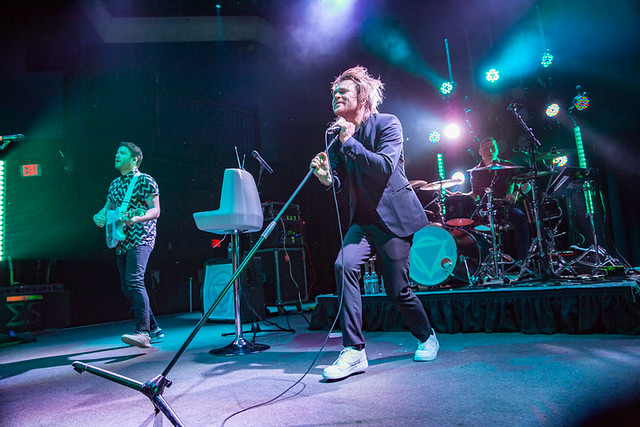 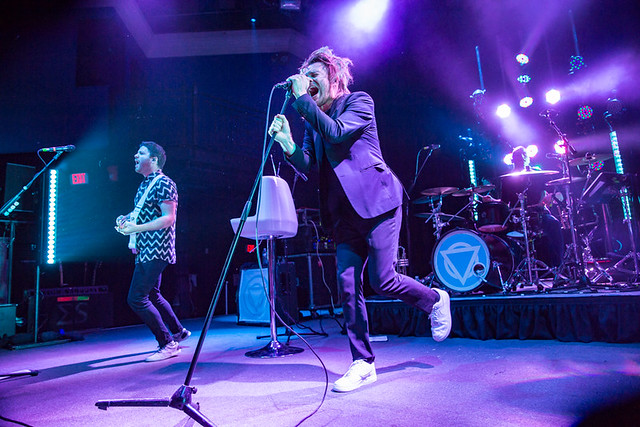 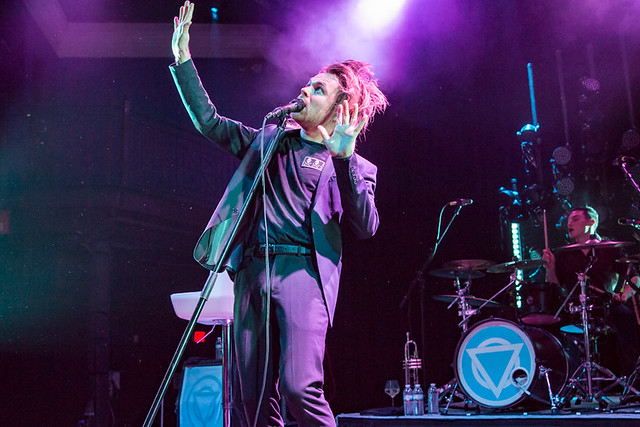 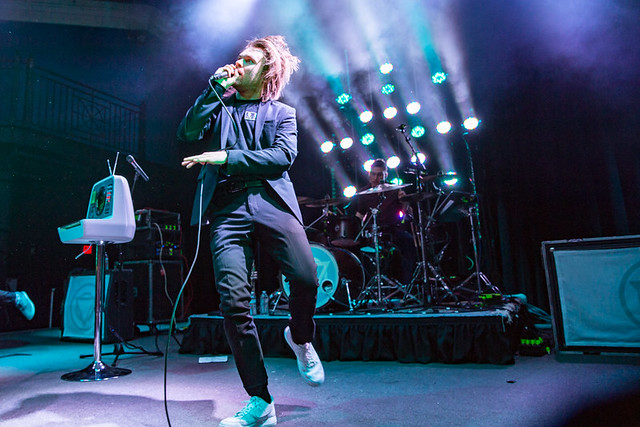 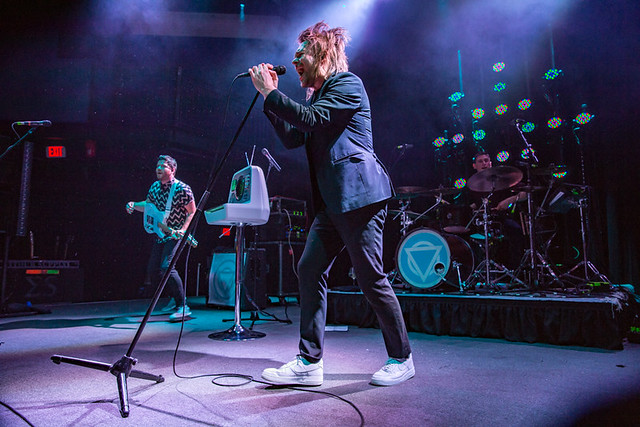 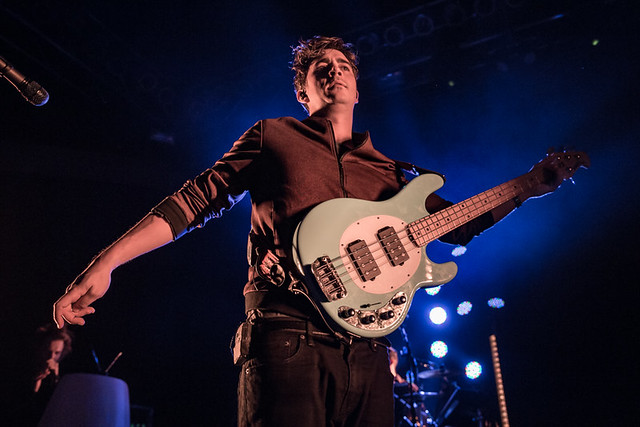 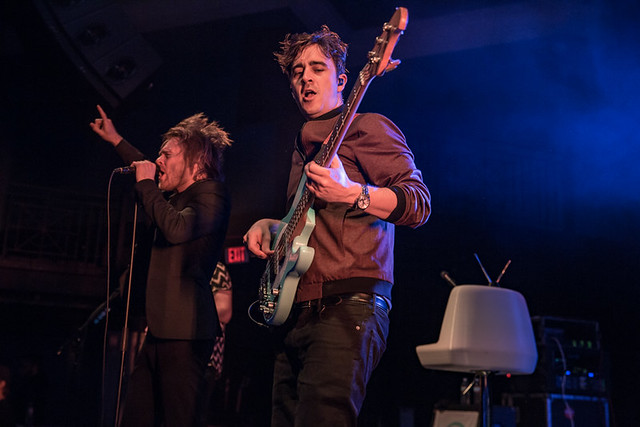 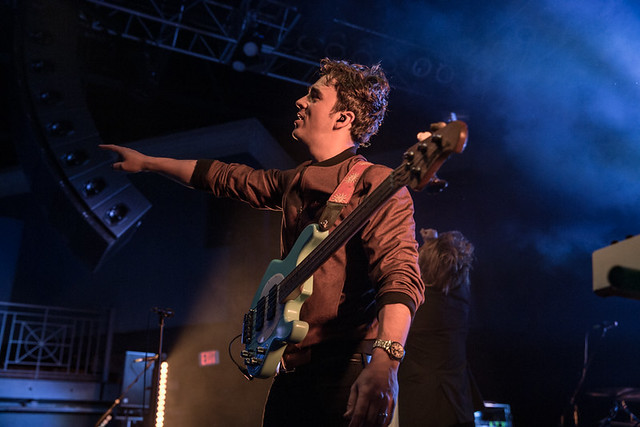 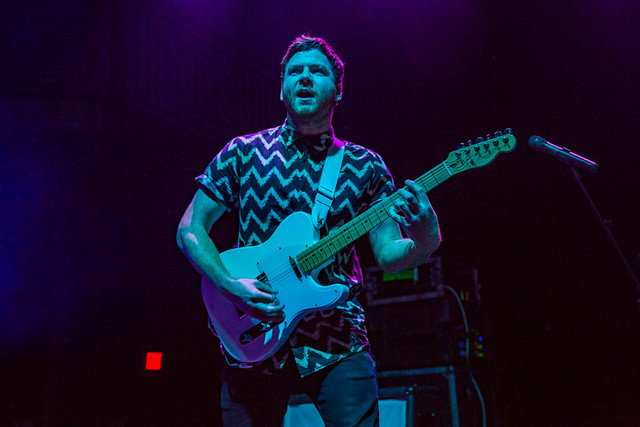 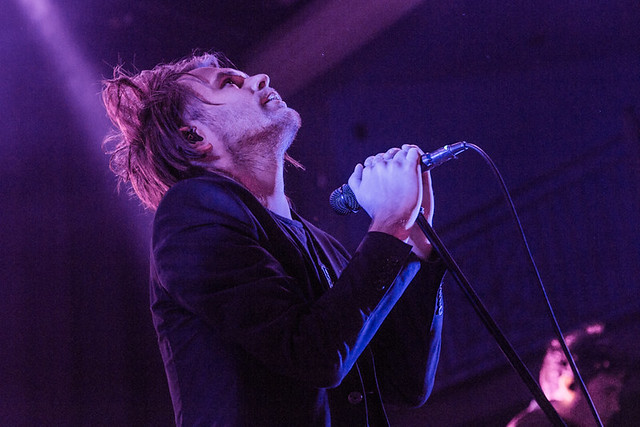 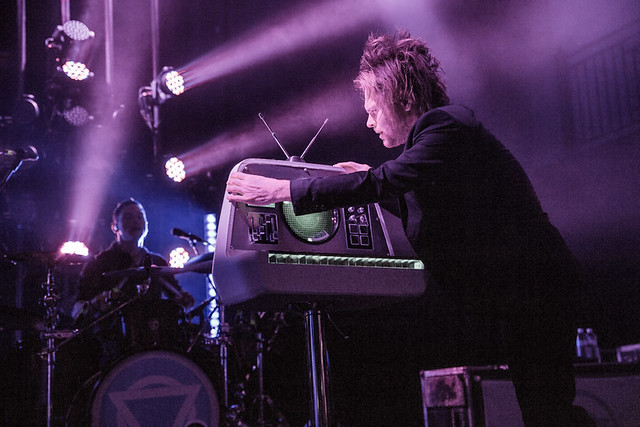