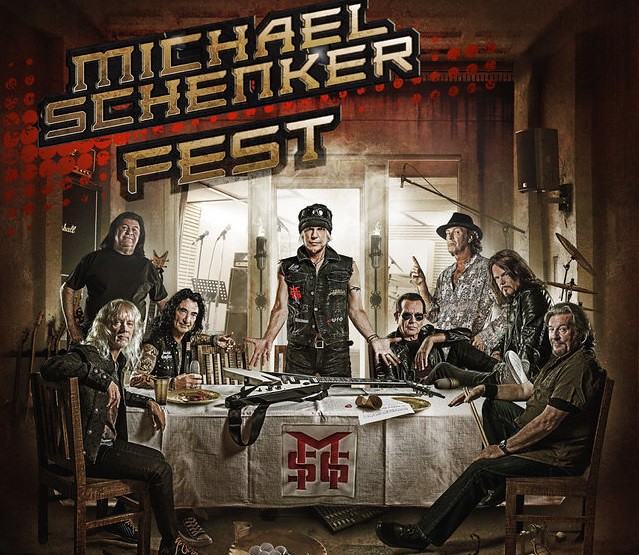 Legendary metal guitarist Michael Schenker got his start in the Scorpions in 1971. He left them to perform lead guitar for UFO in the 1970s. And then he formed Michael Schenker Group, which underwent various incarnations through the 2000s.

Now, Michael Schenker is back with Michael Schenker Fest, a group releasing its first studio album, titled Resurrection, on March 2 via Nuclear Blast! To celebrate, Michael launches a North American Tour at The Fillmore Silver Spring on Tuesday, March 6.

Watch the official music video for “Warrior” by Michael Schenker Fest on YouTube:

Michael Voss-Schoen produced the new album, and Michael Schenker praised the results. “When Michael Voss-Schoen showed me his lyrical and vocals ideas, it instantly came to my mind that all four singers should be involved,” Michael said of recruiting his MSG bandmates. “I’m really fascinated by the result. It’s really interesting how the different voices complement each other. ‘Warrior’ is really heavy but at the same time ear-friendly and catchy!”

“Michael Schenker played the basic riff of the track to me and I immediately had the expression ‘Warrior’ pop into my mind. On the next day, the first raw version of the song was created; my vision was to let the four voices sound like the four musketeers!” said Michael Voss-Schoen.

Michael Schenker of course is well-known for significant hits with UFO like “Doctor Doctor” and “Rock Bottom” as well as “Lovedrive,” “Coast to Coast,” and “Holiday” with the Scorpions. MSG produced memorable albums like Assault Attack” and “Built to Destroy.

Are you ready to rock? Buy your tickets online.