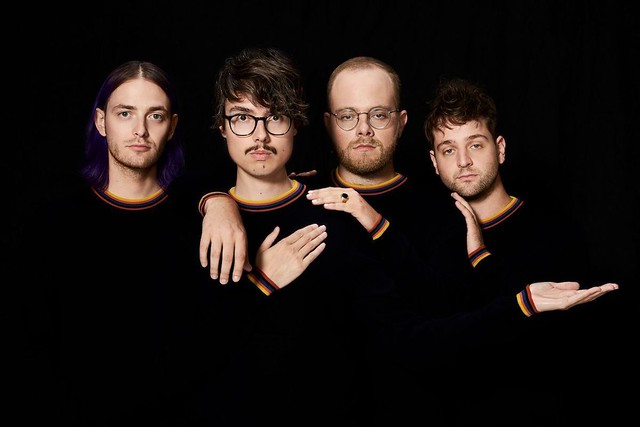 Indie rockers Joywave released Content, their sophomore studio album, last year via Cultco Music and Hollywood Records, and the band is currently in the midst of their Thanks for Coming 2018 Tour. Joywave have a sold-out show at U Street Music Hall on Saturday, March 3.

Hailing from upstate New York, Joywave released a stream of mixtapes and EPs by the time they published their first album, How Do You Feel Now?, in 2015. All along, vocalist Daniel Armbruster, guitarist Joseph Morinelli, keyboardist Benjamin Bailey, and drummer Paul Brenner have cultivated a distinct personality through their creative music videos and other media.

“The band has carved a niche fanbase far beyond Rochester thanks to their thoughtfully sarcastic and moderately progressive brand of indie rock, slowly morphing into alternative underdogs,” as Billboard said.

Watch the official music video for “Doubt” by Joywave on YouTube:

As mentioned, Joywave are in the middle of their tour, which resumes tomorrow, Feb. 24, with a sold-out show in Austin. Joywave is selling out shows everywhere on this tour! Buy tickets for your local show before it’s too late.

If you don’t catch them on their headlining tour, see Joywave support Thirty Seconds to Mars on a tour that kicks off June 6.

Joywave’s show at U Street Music Hall is sold out, but catch them at another location near you!