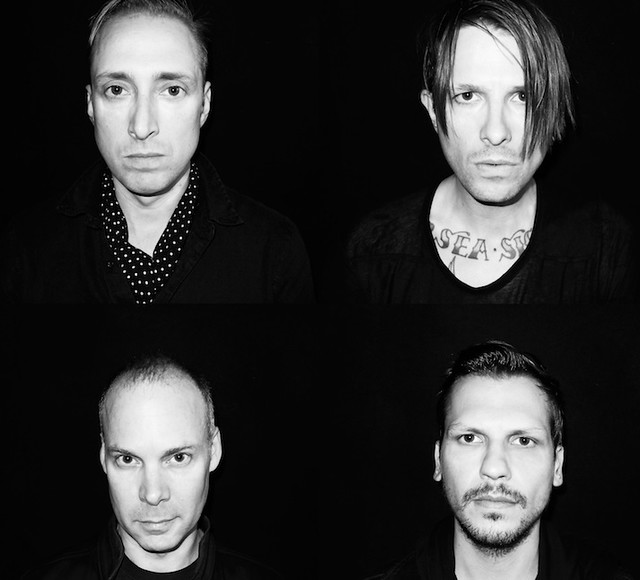 Helmed by Wesley Eisold (who also records synthpop under the name Cold Cave), American Nightmare lost its name, changed members, and broke up in 2004 after releasing two full-length albums.

After briefly calling the band Give Up the Ghost, American Nightmare got its name back and now consists of Wes, bassist Josh Holden, guitarist Brian Masek, and drummer Alex Garcia-Rivera, who were all part of the last original lineup of the band that dissolved in 2004.

“In making this record, we had one goal: To make a hardcore punk album that was true to American Nightmare, who we were then and who we are now,” Wes said. “No filler, just existential poetic venom. This is ground zero, a new life for the band.”

Watch the official music video for “Flowers Under Siege” by American Nightmare on YouTube:

“Thematically, this album is a response to the old lyrics, a reassurance of all of the uncertainties and existential fears,” Wes said. “I still struggle daily with whatever lasting depression I unfortunately inhabit in my head; it’s deep-rooted and I needed to get this out in this form.”

Although Wes has success with acts like Cold Cave and Some Girls, he vowed to continue American Nightmare anew: “This is a new start, it really is. We are now in the band we always wanted American Nightmare to be with the lineup, the songs, and the name back. It feels full circle in the sound of the music referenced earlier, but it also feels complete in that we took the reins of the band and its past and made a new American Nightmare album… and now we are ready to move forward with it.”