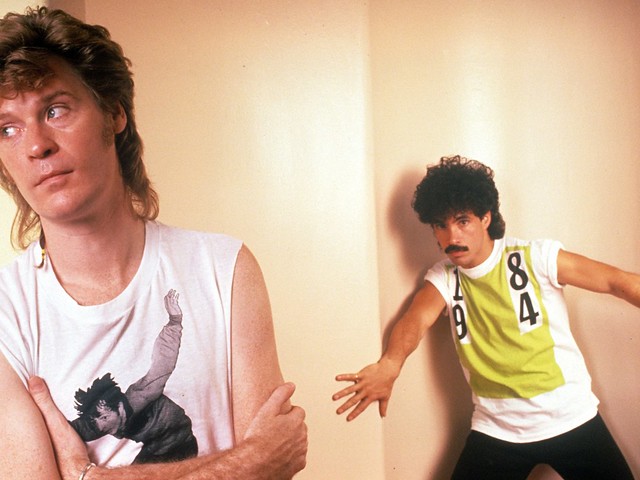 Once a month, Parklife DC brings you a new wave party at Dodge City. But on Thursday, March 8, we’re throwing our regular format out the window for a night of music dedicated to Daryl Hall and John Oates! Come out to listen to Hall & Oates all evening!

Hall & Oates began their career with their first album in 1972, but broke through with hits like “She’s Gone” from their 1973 second album, Abandoned Luncheonette.

But the gents really made it big once they refined a songwriting formula that took them way up the charts starting with Voices, their ninth studio album in 1980. They ruled the charts with subsequent records — Private Eyes (1981), H2O (1982), and Big Bam Boom (1984). Although their last record was a Christmas album in 2006, the duo remains a very popular live act, taking their tours to stadiums in the past few years with great success.

Watch the official music video for “Out of Touch” by Hall & Oates on YouTube:

Admission for Out of Touch is free. RSVP on Facebook or simply meet us there!