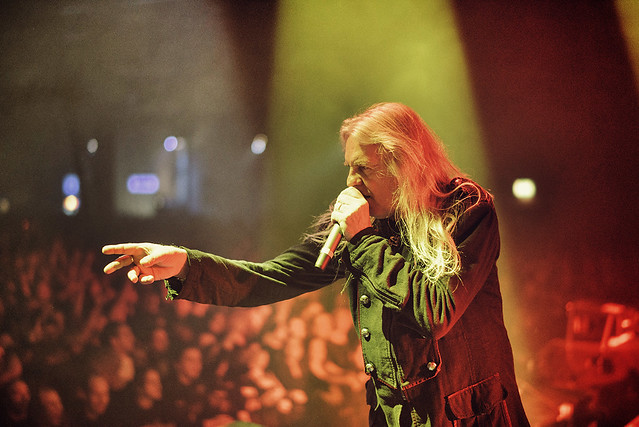 In February, heavy metal giants Saxon released Thunderbolt, their 22nd studio album, via Militia Guard (Silver Lining Music). Next week, Saxon embark on a tour as openers for Judas Priest, and the big show arrives at The Anthem in DC on Sunday, March 18. (Get more details on Judas Priest: Firepower 2018!)

Said lead singer Biff Byford of the new record, “This is album 22 and it’s called Thunderbolt. It’s a storming, smashing, thundering collection of tracks we’ve been crafting with producer Andy Sneap, and it’s finished, ready to be unleashed. Stand clear and fasten your seat belts!”

Watch the official music video for “Thunderbolt” by Saxon on YouTube:

Biff promises that Saxon will bring their best to the tour: “It’s going to be fast and furious, dark and brooding. Monumental riffing and screaming vocals — loud and proud — it’s going to be a Saxon tour, unique in every way!”

Of course, Biff and other members of Saxon have been rocking out fast and furious since the band’s self-titled debut album in 1979. Always bigger in their native England, where the new album charted at #29, Saxon might be best remembered in the United States for a run of albums in the ‘80s beginning with Power & the Glory, their fifth album released in 1982.

Get to the show early for Saxon! Buy your tickets online.