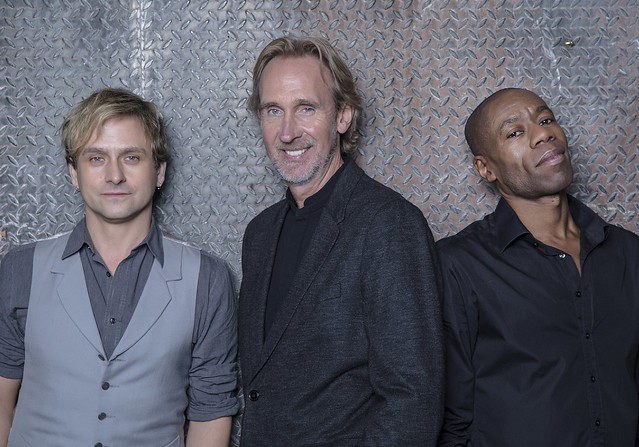 In 1985, Mike Rutherford of Genesis formed a side project known as Mike + The Mechanics. That band continued to perform until 2004, when Mike and singer Paul Carrack called it a day. But Mike resurrected the outfit with new members in 2011 with a new album. The refreshed Mike + The Mechanics released a new album, Let Me Fly, via BMG in 2017, and the band will perform at The Birchmere in Alexandria, Virginia, on Tuesday, March 27.

The band Mike + The Mechanics is likely best remembered for its 1988 album, Living Years, which reached number #2 in the United Kingdom, their highest charting record to date. “The Living Years,” the single, topped charted worldwide, including the United States, and won the Ivor Novello Award for Best Song Musically and Lyrically.

Watch the official music video for “The Best Is Yet to Come” by Mike + The Mechanics on YouTube:

In a review for AllMusic Guide, Stephen Thomas Erlewine said, “Even when the pace quickens and the arrangements sparkle, the affair seems subdued and, to that end, Roachford never quite gets the chance to stretch his chops. Then again, virtuosity isn’t the name of the game here: this is gleaming mature pop, music for well-tailored moods and, to that end, it succeeds.”