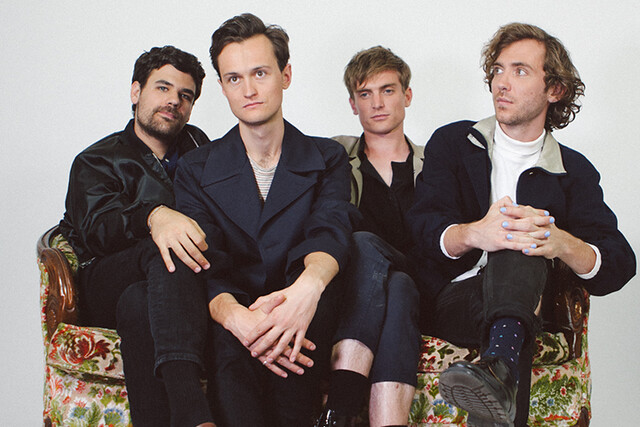 Ought recorded the new album at Rare Book Room in Brooklyn with producer Nicolas Vernhes (Deerhunter, Animal Collective, Silver Jews). On it, the band explores questions of identity, survival, and connection with an expanded sound palette incorporating vibraphone, synthesizers, drum machines, and at one point a 70-piece choir. Bassist Ben Stidworthy described “Desire,” one of the album’s standout tracks, as “Sade meets Bruce Springsteen.”

Watch the official music video for “Desire” by Ought on YouTube:

Frontman Tim Darcy and company took inspiration from Brian Eno and Stereolab as well as The Mekons’ 1985 album Fear and Whiskey, among other stimuli. “The process of everybody wading into each other’s subconscious was really excellent,” Tim said of the writing process.

Instead of asking us to be introspective, as they did on their debut album, More Than Any Other Day, Ought now ask us to engage with the world around us and to knock down those barriers that separate us. In doing so, the band creates an album that is “Ought’s most beautiful — yes, beautiful — album to date,” said Lee Adcock for Drowned in Sound.

. (KAG is no longer on the bill.) Buy your tickets online.