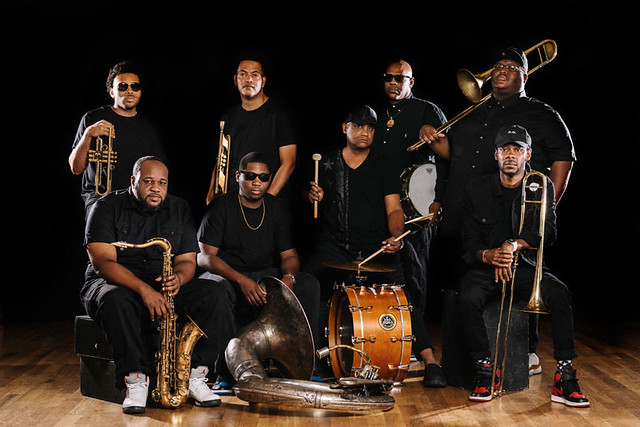 Watch The Soul Rebels play “Talking in Your Sleep” by The Romantics with an intro of “Sweet Dreams” by The Eurythmics during a performance in 2015 on YouTube:

The eight members of The Soul Rebels most recently released Unlock Your Mind in 2012 via Rounder Records. They first came together in 1995 for their debut album, Let Your Mind Be Free. The Soul Rebels combine funk, soul, reggae, hip hop, go go, and jazz for a rollicking’ good time.