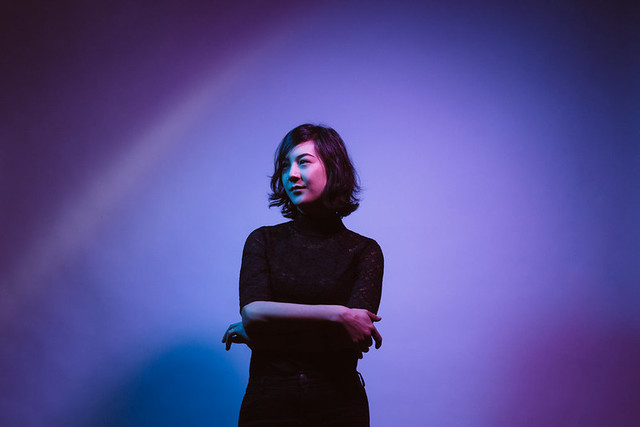 Michelle Zauner, better known as Japanese Breakfast, will perform at Ottobar on April 2. The show’s all sold out, but there’s good news: She’s already coming around again for a show at 9:30 Club on Wednesday, May 30.

Japanese Breakfast continues touring strong in the wake of her critically acclaimed 2017 album, Soft Sounds from Another Planet, released via Dead Oceans. Michelle recently directed a video for “Boyish,” a track from the album.

“The video for Boyish was always sort of our magnum opus for Soft Sounds. I think it took Adam Kolodny and I working on so many videos together to prepare for the enormity of a school dance — lighting and decorating such a large space, casting and dressing so many extras. The song is about insecurity, particularly what it’s like to love someone who isn’t physically attracted to you,” Michelle said.

She continued, “It’s an old song, the meaning of which has transformed for me over time, but it has always been about a tension and rejection perfectly encompassed by a school dance. I did not attend my own senior prom, so it was the perfect opportunity to bring my own vision of a gorgeous, space dance to life.”

Watch the official music video for “Boyish” by Japanese Breakfast on YouTube:

Japanese Breakfast expanded her 2018 tour to include support dates with Belle & Sebastian, stops at Coachella, Bonnaroo, and Sasquatch, in addition to new headlining dates through the summer that include shows with LVL UP, Radiator Hospital and Snail Mail. You might miss her in Baltimore, but don’t dare miss her at 9:30 Club.