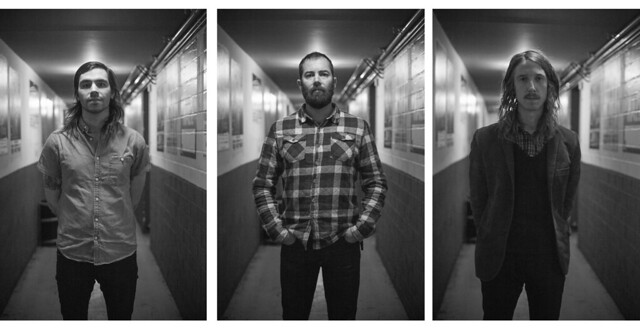 Russian Circles, a Chicago-based post-rock instrumental band, have been breaking down genres with their sonic landscapes, and they smash through the Rock and Roll Hotel for a performance on Wednesday, April 18.

Joined by Sargent House management roster-mates King Woman, Russian Circles will take to the stage for a headlining tour that follows opening stints for Mastodon and Eagles of Death Metal in 2017. Experimenting with sounds from rock to metal, the trio strive to transport their audience with lush, washed out tunes.

Listen to Guidance by Russian Circles on Bandcamp:

Also in 2017, Russian Circles released a live disc drawn from their recent set at Belgium’s Dunk! Fest. That followed Guidance, their sixth studio album, released in 2016 via Sargent House. “On their latest release Russian Circles manage what many often think is impossible for an instrumental band: to be all things to all people and successfully communicate a veritable slew of emotions and moods without a shred of vocal or lyric,” said Jamie Osta in a review of Guidance for Drowned in Sound.