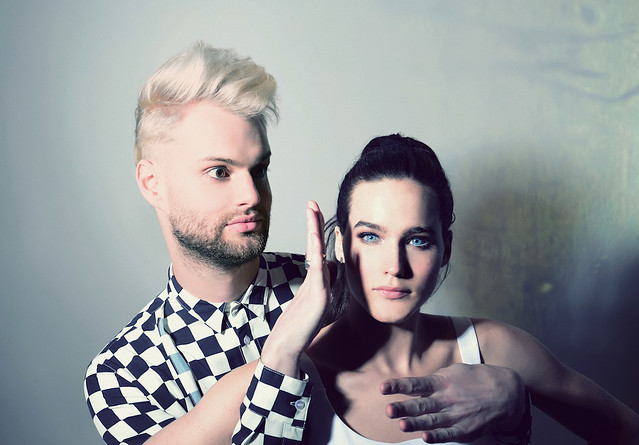 In October 2016, All Things Go Fall Classic went forward in the rain, and opener Sofi Tukker thrilled with bossa-nova driven house beats. But soon, headliner Christine and the Queens bowed out due to the rain, and the festival hit a big hole!

Never fear: Sophie Hawley-Weld and Tucker Halpern leapt back into action, and kept the crowd dancing with an improvised DJ/dance/performance set! Now, Sofi Tukker are returning to make DC feel good again with a show at 9:30 Club on Wednesday, April 18, which comes days after the release of their debut album, Treehouse, out April 13 via Ultra Music.

Only two days ago, Sofi Tukker released a new single, “Batshit,” which debuted on Zane Lowe’s Beats1 program, and it’s now streaming everywhere. “This song is Tucker’s debut as the lead vocalist. We are introducing him as exactly what he is: Batshit Crazy. It’s as ridiculous and colorful as he is. And we love it,” said Sofi Tukker.

On April 18, Sofi Tukker launch the Treehouse World Tour at 9:30 Club in support of their debut full-length record. The 10-track album includes previously released singles “Energia” and “Fuck They.” It also features international smash “Best Friend” and “Baby I’m a Queen,” which recently had its television debut on Conan.

Go and dance your heart out for all of the sunny days ahead! Buy your tickets online.