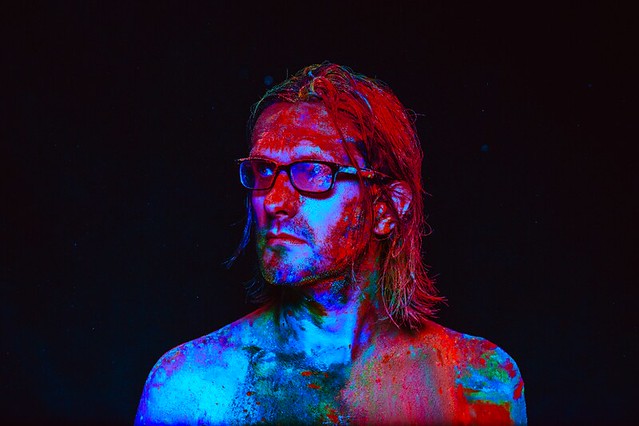 English singer-songwriter Steven Wilson released To the Bone, his fifth full-length solo album, in August via Caroline International. Described by Planet Rock as “one of the most prolific and unrivaled artists of our time,” Steven begins a spring tour that begins in Albany, New York, on April 19 and lands at 9:30 Club in DC on Tuesday, April 24.

Upon release, To the Bone debuted at a career-high Top 3 on the Independent Albums chart, and Top 10 on the Billboard Top Rock and Alternative Albums charts. It also landed at #3 on the UK charts, which was another career high for Steven.

“Repeated listening reveals that Wilson’s brand of progressive pop is so multivalently textured and expertly crafted that its aesthetic and sonic palette refuse to be contained under a single rock umbrella. As such, To the Bone stands with Wilson’s best work,” said All Music Guide of the album.

Watch a new mini-documentary about The To the Bone Tour by Steven Wilson on YouTube:

“This album has a much stronger pop sensibility than anything I’ve done before,” said Steven. “But I wanted to make a pop record that you could still engage with on a deeper level, whether that’s though the lyrics, the musicianship, or the layers in the production. I don’t hear too many records like that these days.”

He added, “People generally think my music is rooted in the ‘70s but really I came of age in the ‘80s, and grew up with post-punk, new wave, and Trevor Horn’s productions. Recently, I found myself going back to listen to albums like So by Peter Gabriel, Hounds of Love by Kate Bush, Tears for Fear’s Seeds of Love, and Talk Talk’s Colour of Spring. They were mainly made by musicians who’d come out of the crucible of innovative, experimental ‘70s music but still wanted to write great songs that people could hum on the bus. They’re unapologetically accessible but with not even the slightest sense of dumbing down, they have a huge sense of ambition. And for me the more ambitious they were, the more I loved them.”