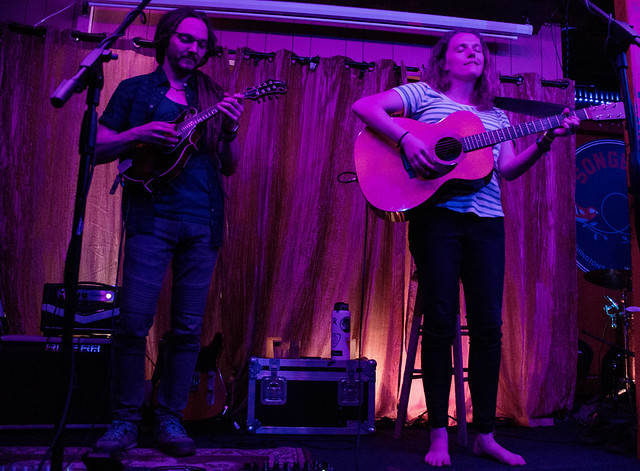 Americana is one of those musical labels that can apply to a wide variety of styles (folk, country, rock blues, or gospel) and thus become practically meaningless. However, as a descriptor for Dead Horses’ music, and paired with the band’s origin story, the term takes on a specificity and uniqueness all its own.

Dead Horses — Sarah Vos (vocals/guitar), Daniel Wolff (double bass/vocals), Jamie Gallagher (drums), and Ryan Ogburn (mandolin) — stopped at Songbyrd Music House on Saturday. Touring in support of its third album, My Mother the Moon (released on April 6), a modest but enthusiastic crowd was treated to a lively performance of songs drawing on a wide range of influences that includes folk, bluegrass, gospel, rock, and blues.

Folk music often contains elements of protest, and tragedy, embedded in the lovely melodies and lyrical images. Dead Horses’ music is no exception. My Mother the Moon is one of those records where founder and frontwoman Sarah Vos’ personal tragedy and despair growing up in Wisconsin is chronicled with melodies both traditional and contemporary.

The opening number, “American Poor,” is a song whose subject is literal and figurative: lack of wealth but also the absence of spirit, of feelings. The band followed with “All I Really Need to Know,” a slightly downcast but lovely ballad from their second album, 2016’s Cartoon Moon. The new album’s title song, “My Mother the Moon,” performed midway through the set, is a punchy, percussive song with a slightly jazzy feel. “Long Way Down” saw Ryan break out the electric guitar to add tasty fills and a bluesy solo.

The penultimate tune, the Robert Frost-inspired “Swinger in the Trees,” a lovely finger-picked ballad featuring Sarah’s powerful voice with Daniel’s broad, bowed bass notes and the repeated closing line “There is always hope,” provided a perfect segue into the set’s rockin’ final song, “Modern Man” — its defiant lyric, “show me the moment when I don’t give a fuck, love is love…,” proving Americana can be so much more than pastoral melodies and broad metaphoric lyrics.

This listener was struck by how Dead Horses’ songs are characterized by their contradictory elements: light but driving melody lines, frank lyrics punctuated with sprightly mandolin and jangly acoustic guitars, and a folk music feel buoyed by the solid rhythm section of Daniel and Jamie.

Watch Dead Horses perform “Swinger in the Trees” for Sixthman Sessions on YouTube:

American Poor
All I Really Need to Know
On and On
Turntable Ain’t No Difference
Golden Sky
My Mother the Moon
Brothers Water
My Many Days
Darlin’ Dear
To a God Unknown
Long Way Down
A Petal Here, a Petal There
Swinger in the Trees
Modern Man

The moniker “Dead Horses” is a tribute to a friend who’d overdosed on heroin. Sarah acknowledged the tragedy inherent in Dead Horses’ music, “One of the hardest things in life is watching your family suffer, to be so close but unable to ease their pain. [Growing up with that] instilled such a sense of empathy in me. An essential part of any Dead Horses song or show is that sense of compassion for strangers.”

Indeed. Although we largely arrived to the show as strangers, we departed as members of Dead Horses’ musical family. Time only knows how large that family becomes, but I suspect it’s sure to grow. Find Dead Horses music, video and more online at http://www.deadhorses.net.

Here are some pictures of Dead Horses performing at Songbyrd Music House on April 14, 2018. All photos copyright and courtesy of Mark Caicedo. 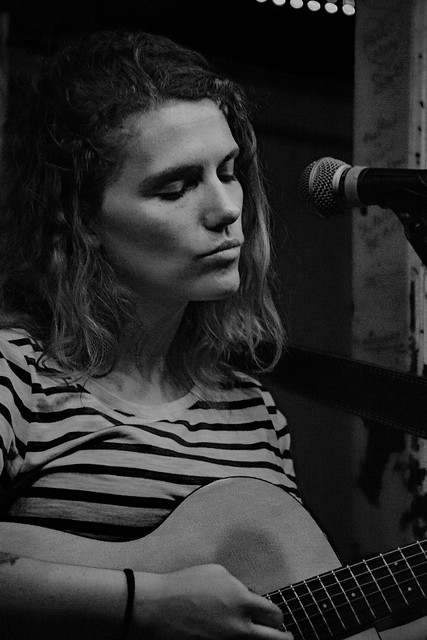 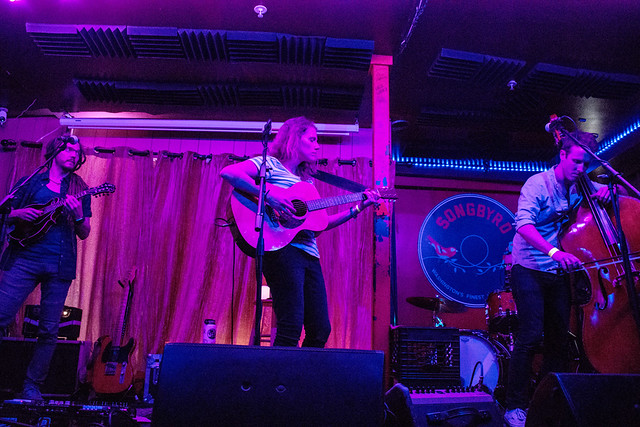 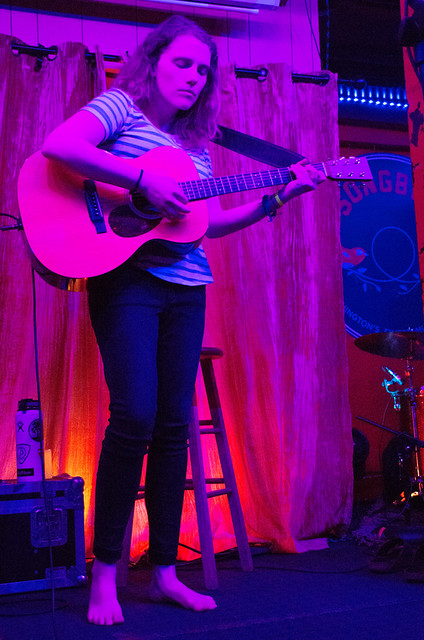 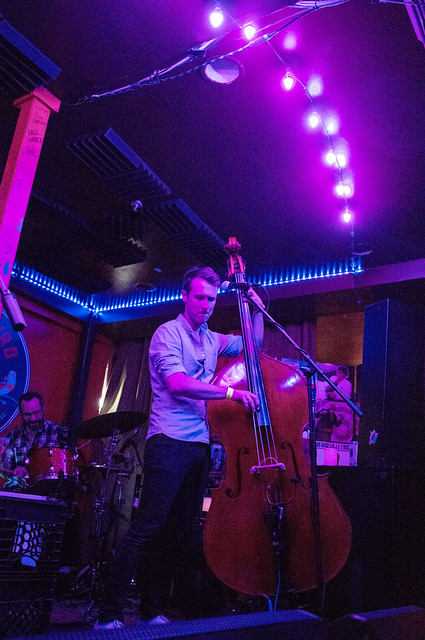 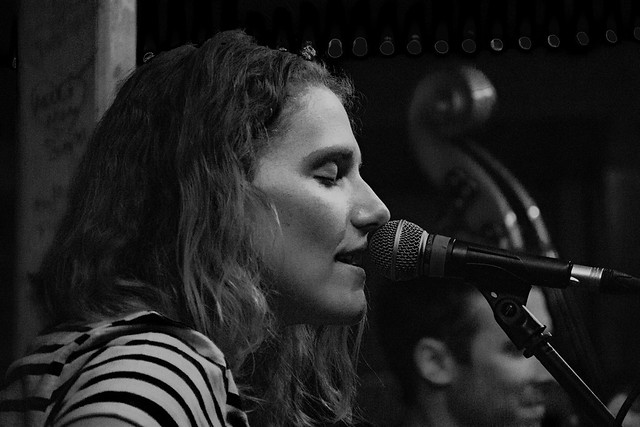 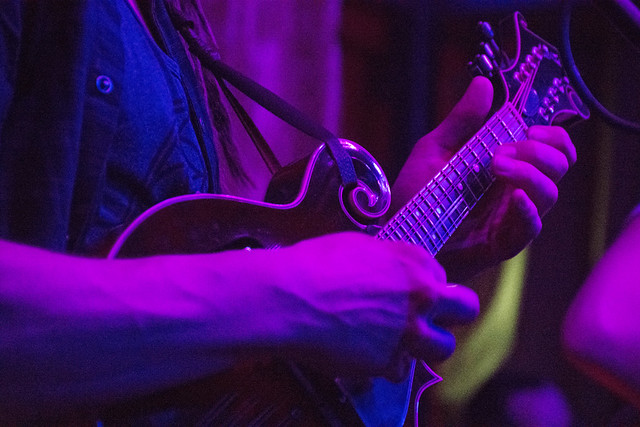 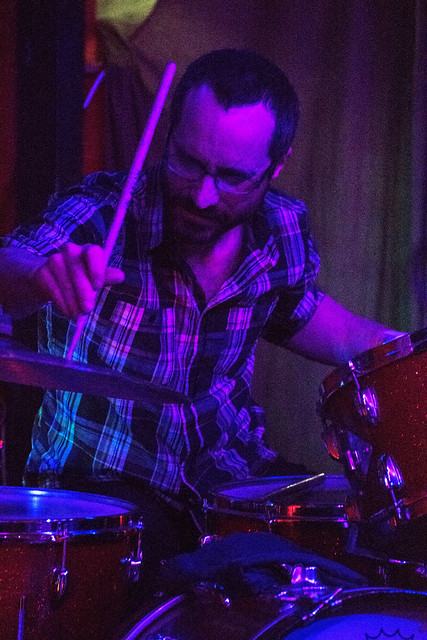 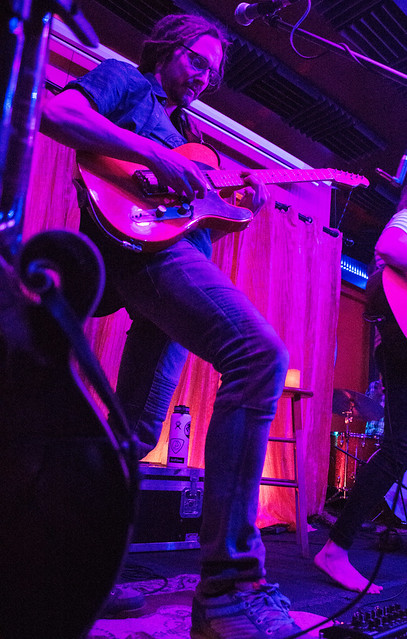 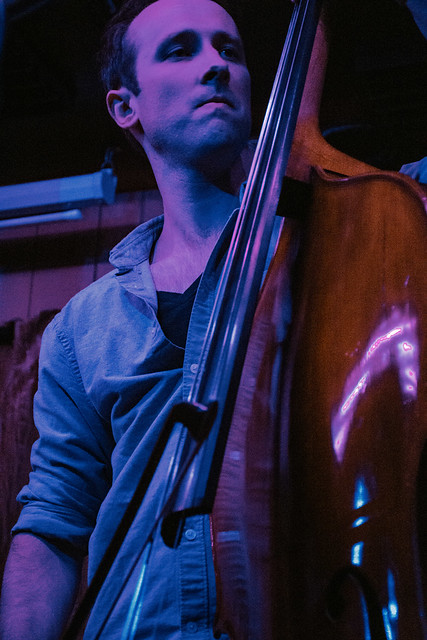 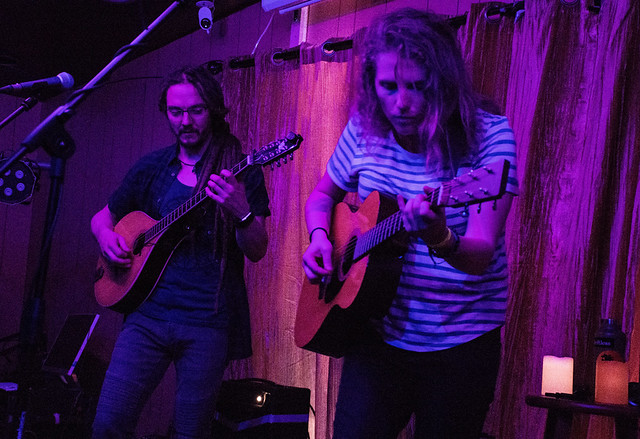 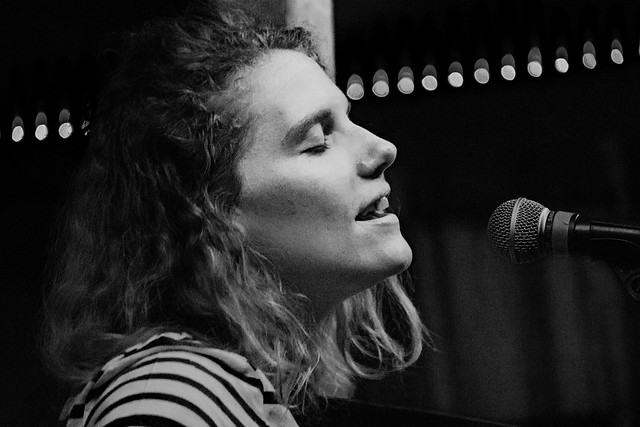