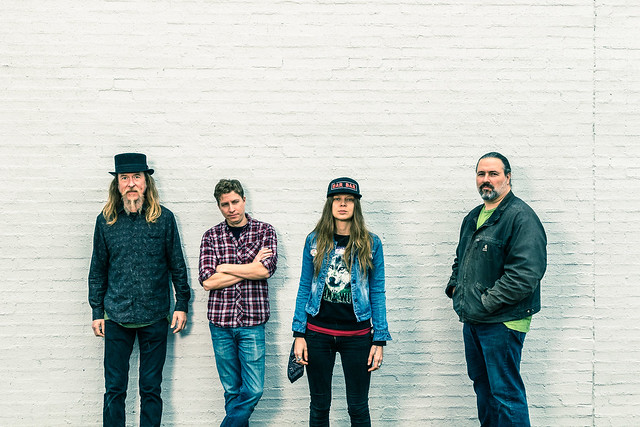 Sarah Shook and The Disarmers (Photo by John Gessner)

Sarah Shook & The Disarmers released Years, their second full-length album, on April 6 via Bloodshot Records. The country music singer and her band are on tour with a stop at Pearl Street Warehouse on April 26.

Inspired by artists like Sex Pistols, Elliott Smith, and Hank Williams, Sarah sings with confidence, control, and sometimes a bit of menace! She’s a country-punk provocateur hailing from Chapel Hill, North Carolina, where she recorded her debut record in 2015. Bloodshot Records re-released that album, Sidelong, in 2017.

Watch the official music video for “Nothin’ Feels Right But Doin’ Wrong” from the debut album by Sarah Shook and The Disarmers on YouTube:

Said Sarah of the new album, “This record is about finding a way. A way through exhaustion, depression, betrayal, hangover after hangover, upper after downer after upper, fight after never-ending fight. It’s about picking yourself up and dusting yourself off after years of being trampled and beaten down, jutting your chin out, head high, after they’ve done their worst, and saying, ‘Still here.’ This record is shouting ‘f**k you, I do want I want’ from the rooftops to the mother******g cosmos.”