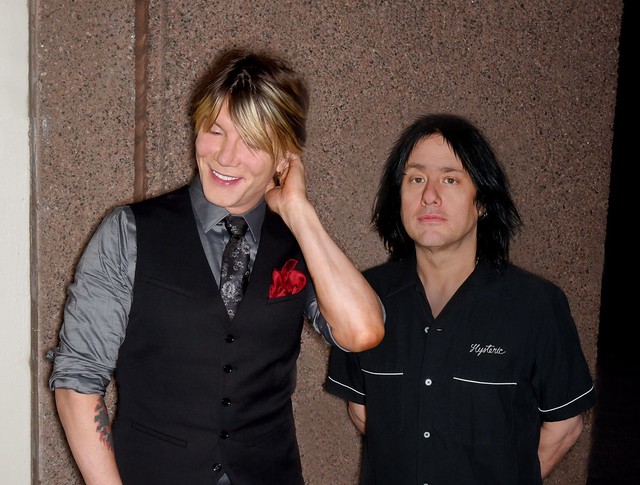 Fans of the late-‘90s and early-‘00s rock scene got a little bit of a treat earlier this month when the Goo Goo Dolls announced a 20th anniversary tour for their multi-platinum album “Dizzy Up The Girl.” Featuring the bulk of the band’s hits (like “Broadway,” “Slide,” and “Iris,”), the album was about as big as any in its genre at the end of the 20th Century. And though the Goo Goo Dolls’ newer material hasn’t quite garnered the same enthusiasm from critics or fans, the band still hits a nostalgic sweet spot for people all across the country.

The tour will take place this coming fall, and while the full set list isn’t known, the band will be playing “Dizzy Up The Girl” in its entirety – very much like Third Eye Blind did in its “Summer Gods” tour in 2017 (when the band played its self-titled debut album all the way through). It’s not a massive tour, but it’s got some well-planned stops that should generate attention and make for a very fun time for Goo Goo Dolls fans and general music lovers alike.

These are some of the highlights, including a pass through D.C. (Click on the date to buy tickets for the show!)

Phoenix is interesting because it kicks off the tour, but also because the Goo Goo Dolls are taking advantage of a brand new (and supposedly terrific) venue. The Van Buren opened its doors last fall for a sold-out show, and welcomes a capacity just under 2,000, putting it at a great middle size for a nostalgia show like this one. One recap of the first show noted that the “opulent interior” felt like it’s just always been there, painting a picture of a concert venue at once new and comfortable. It sounds like a perfect match for this particular tour.

Your chance to catch the Goo Goo Dolls in D.C. comes in mid-October at The Anthem, where they ought to fit right in. Upcoming shows at the same venue include a few throwbacks to past decades, such as Belle & Sebastian, Beck, and Modest Mouse. Plus, while they did achieve national and even international reach with “Dizzy Up The Girl” the first time around, the Goo Goo Dolls is an East Coast rock band at heart, which should add some buzz to the shows in this area. It’s a great place for a live show that should come alive for this tour.

In Buffalo, the Goo Goo Dolls will do two shows at Shea’s Performing Arts Center, which is usually reserved for more theatrical performances. It’s a little bit of a different venue but it may just be the most exciting on the whole schedule, because Buffalo is the band’s hometown. They’ll get an extremely warm reception, and perhaps more than at any other venue these shows will have the potential to transport fans back in time.

This will cap off the tour, but the show is also an awesome example of what makes Vegas great even today. The city is still known for its resorts, casinos, nightclubs and restaurants. Las Vegas in particular is also known for an active sports betting scene that keeps the gamblers coming even as casino games become available online. But more than anything else the city thrives at providing a little something for everyone. An anniversary show of “Dizzy Up The Girl” amidst all the over-the-top DJ sets and modern pop star performances is symbolic of this kind of band’s place in the modern music scene, and it should be an awesome way to finish up.

Watch an official trailer for the Dizzy Up the Girl 20th Anniversary Tour on YouTube: