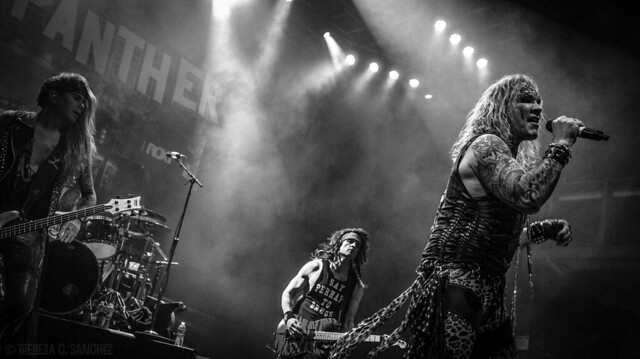 Steel Panther — the over-the-top glam metal quartet hailing from Los Angeles — have been on their 2018 Sunset Strip Live! tour since February, following their fourth studio album Lower The Bar, which was released March 24, 2017. The bawdy comic rockers blew through the DC Metro area (with hairspray in hand) three weeks ago and played a sold-out show at The Fillmore Silver Spring with Dingleberry Dynasty opening.

Be warned, their lyrics and banter are not for the faint of heart or virgin ears. Nudity and profanity are their bread and butter, and their fans eat it up. There’s a message on their Facebook page explaining that the absence of a proper “Bio” section was due to the social media site’s inability to “handle profanity or sex,” but assure interested parties to sign up for their mailing list “so [they] can send you the photos and text you REALLY want.”

Steel Panther is: Michael Starr on lead vocals, Satchel on guitar, Lexxi Foxx on bass, and Stix Zadinia on drums.

On March 30, they played about 95 minutes of 80s hair metal classics mixed in with their original material. One of the best parts of the show happened during their final song, “Gloryhole,” where they invited a teenage boy onstage to play guitar with the band.  Their next closest stop is May 1 at the Theatre of the Living Arts in Philadelphia.

Here are some photos of Steel Panther performing at The Fillmore Silver Spring on March 30, 2018. All photos copyright and courtesy of Theresa C. Sanchez. 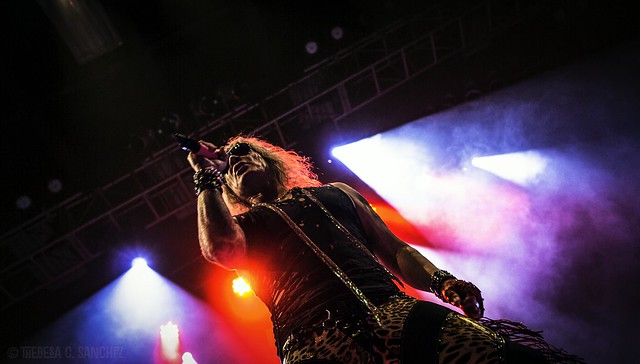 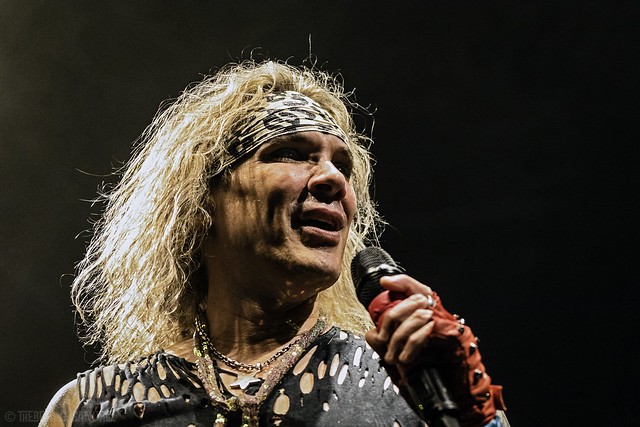 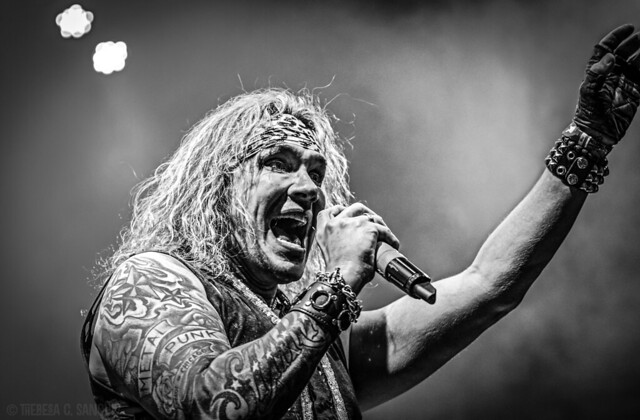 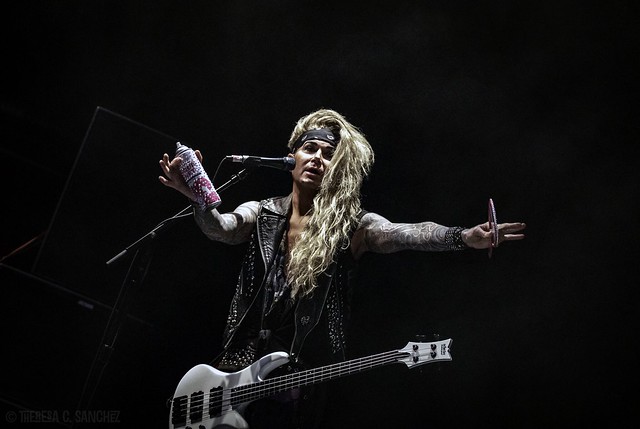 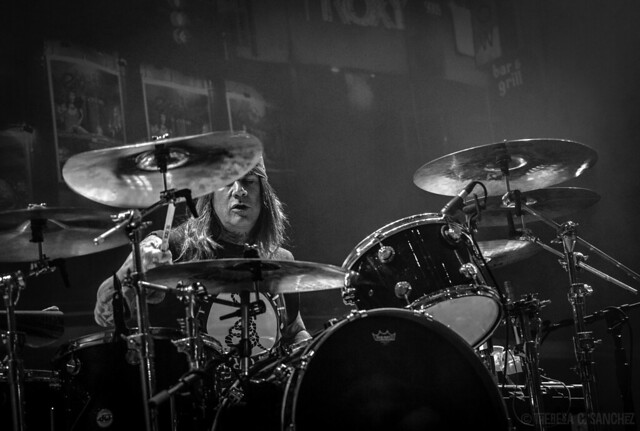 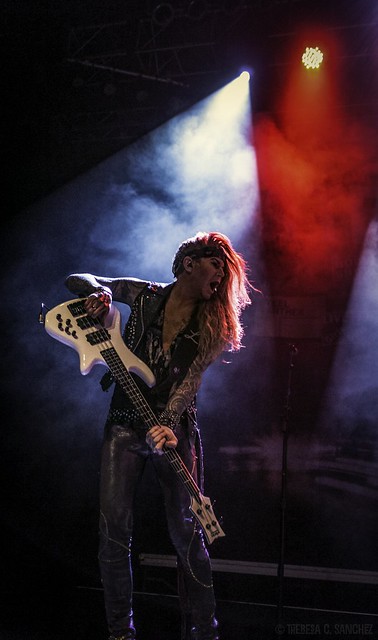 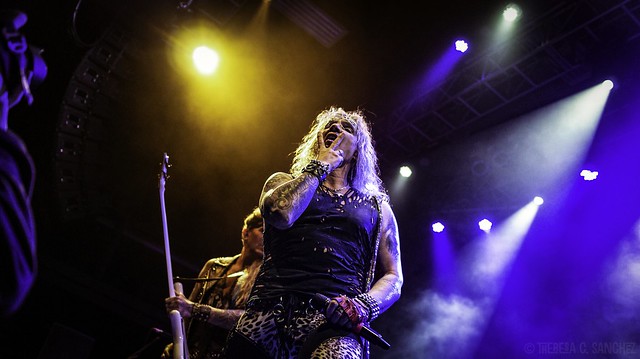 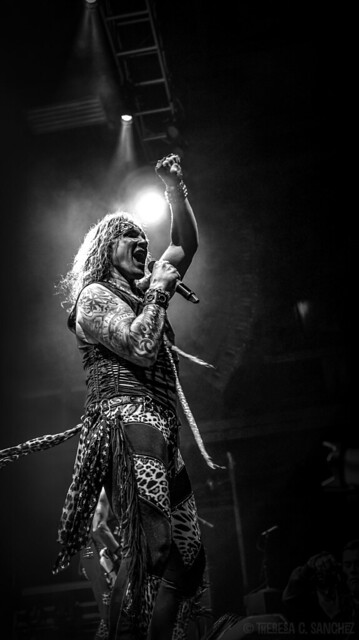 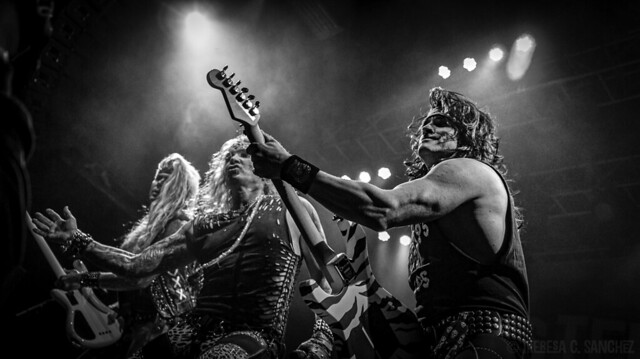 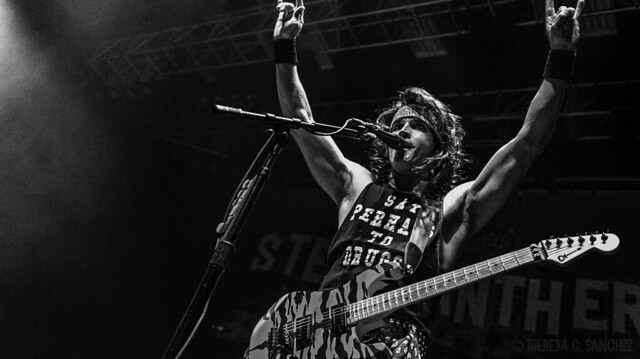 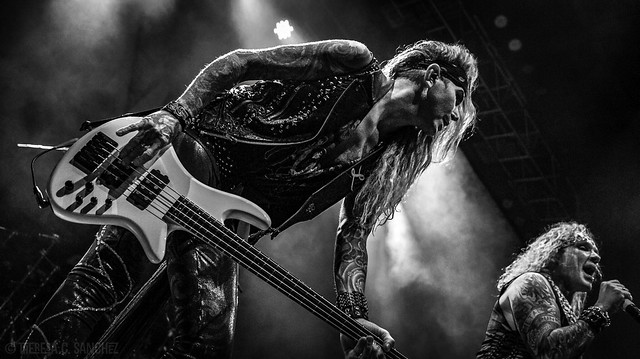 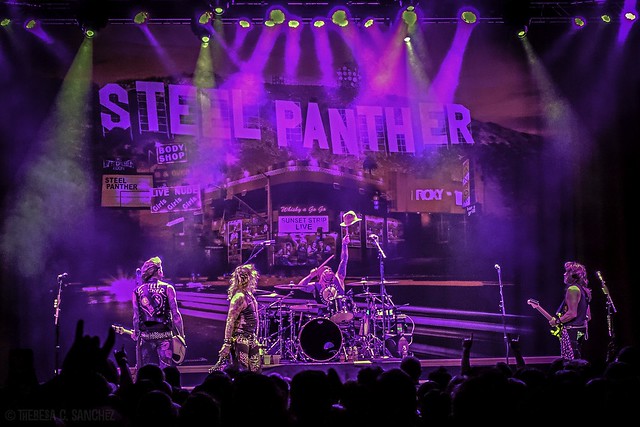 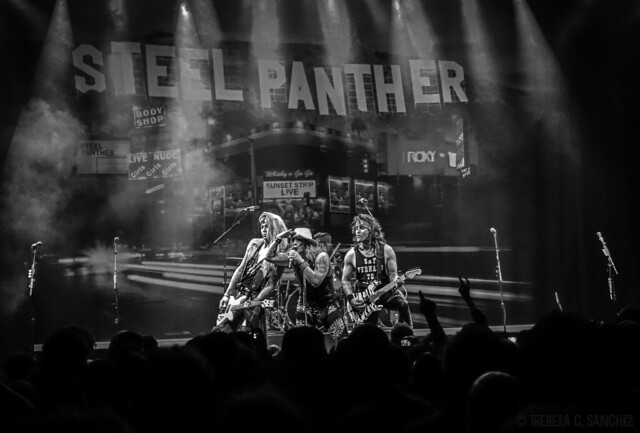