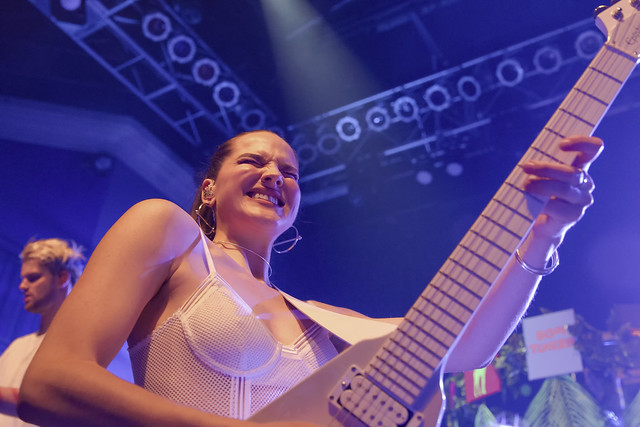 Sophie Hawley-Weld demonstrates her guitar chops at 9:30 Club on April 18, 2018. (Photo by Will Colbert)

New York-based house band Sofi Tukker performed selections from their debut album Treehouse to a capacity 9:30 Club crowd on Wednesday night. The duo comprised of Sophie Hawley-Weld and Tucker Halpern made DC their first stop of a six-month world tour.

It was a night filled with surprises that began with the duo bringing two members of the audience on stage to dance it out to “Awoo.” Not too long after, Sophie was plunging herself into the crowd. The stage dive epitomizes the bands obvious connection with their fans. After rejoining Tucker, they went into “Benadryl,” their first live performance of the song.

If you only know Sofi Tukker for their hit song “Best Friend,” you may not know that Sophie is fluent in Portuguese. The audience may not have understood the words to “Energia,” but they got the meaning, dancing and jumping to the percussive beat.

After performing “My Body Hurts,” Sophie went into a guitar solo rendition of the song, displaying her guitar chops.

The next surprise of the night was the performance of a song not on Treehouse. The futuristic “Fantasy” was written a month ago and will appear on their next release.

On “Batshit,” Tucker takes lead vocals and it’s exactly what you think… insane fun. The duo then performed “Best Friend,” which launched them onto the pop charts after being used in a 2017 Apple commercial.

The (ahem) final song of the night was “Fuck They,” dedicated to anyone preventing the audience from living their best lives. After the song, Sophie began to thank the crowd — signaling the end of the show — when Tucker stops her. “We can’t lie to our new best friends…”

It didn’t take much coaxing to get the audience to chant for more.  The duo momentarily left the stage only to return to loud cheers from a tireless crowd. They went on to perform “Moon Tattoo,” the Grammy-nominated “Drinkee,” and “Greed.”

Sofi Tukker will be back in New York City tonight performing to another sold-out crowd at Brooklyn Steel. Here are some photos of Sofi Tukker performing at 9:30 Club on April 18, 2018. All photos copyright and courtesy of Will Colbert. 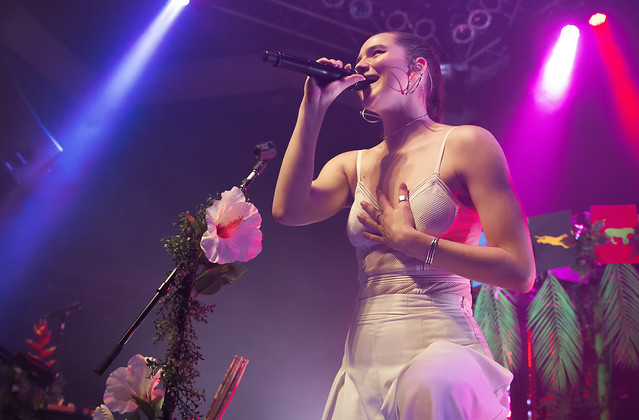 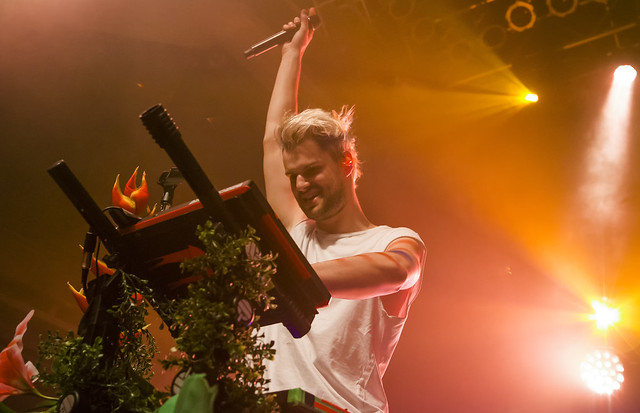 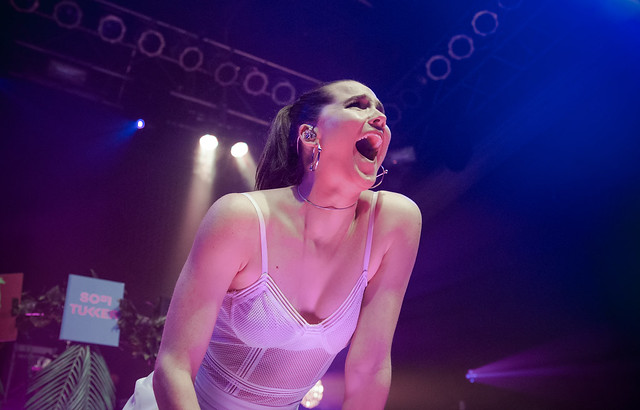 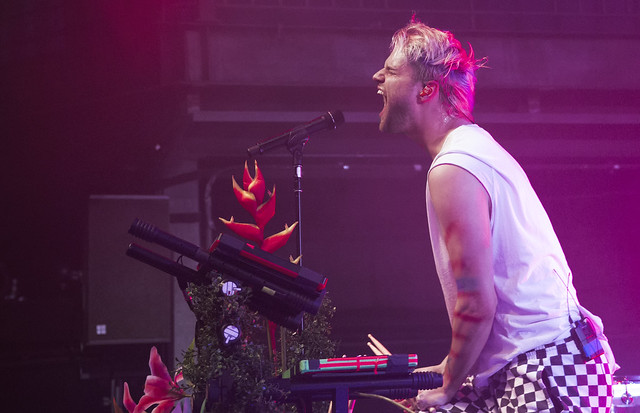 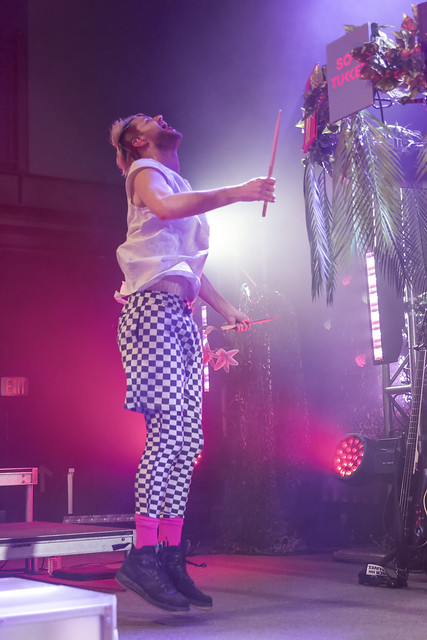 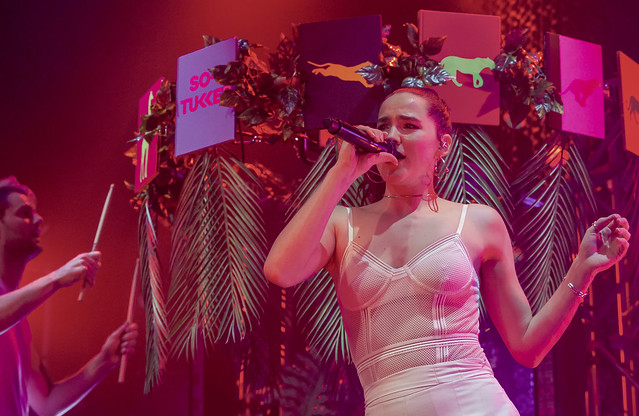 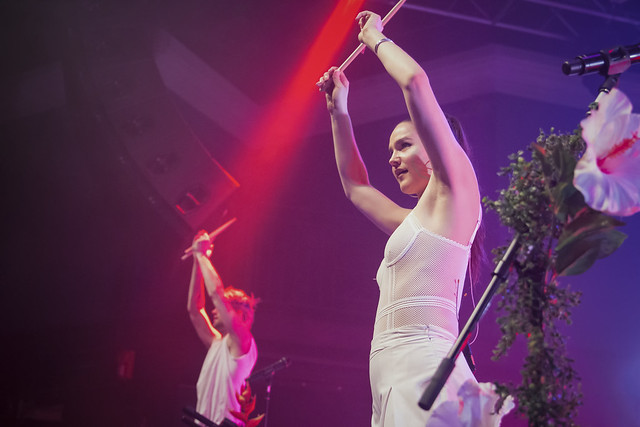 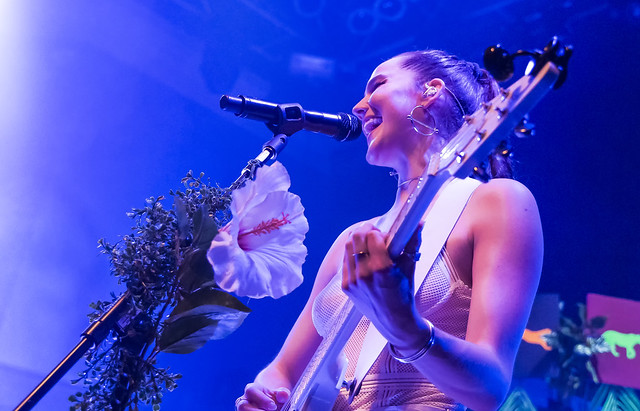 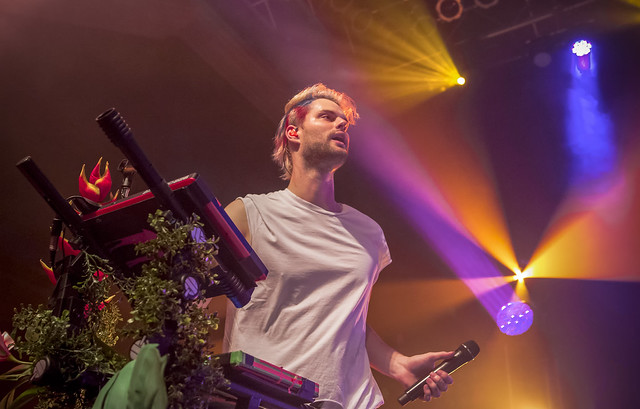