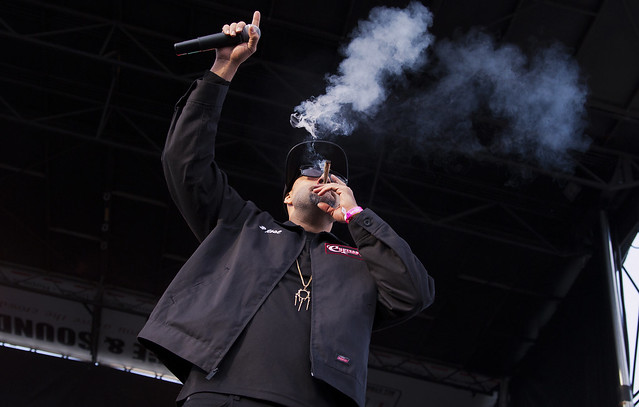 Cypress Hill perform at RFK Stadium Festival Grounds for the National Cannabis Festival on April 21, 2018. (Photo by Will Colbert)

The group’s 1991 self-titled debut album introduced the rap duo of B-Real and Sen Dog to the world. The album was groundbreaking for its content (a mix of gangster rap and stoner funk), B-Real’s nasal delivery, and the group’s Latino pride.

Eight albums later, the hip-hop superstars show that they still got it. Chanting “Hell yeah, I get high… hell yeah, we all get high…” the group went into some of their pro-pot anthems, which got the mellow crowd on their feet. “Dr. Greenthumb” and “Hits from the Bong” made it clear why they were the right selection as feature act at the 2018 National Cannabis Festival.

It was time to turn the levels up when Mix Master Mike, on the ones and twos, dropped the “Da Rockwilder” beat. B-Real began rapping “Hand on the Pump” to the track made famous by Method Man and Redman.

Things really got funky as blunts got sparked and clouds of smoke ascended. “I’m the real one, yes the funky feel one…” goes the hook of “The Phuncky Feel One,” which the band performed next. The deep bassline of “Real Estate,” had the sleepy eyed audience looking alive.

“Latin Lingo,” the Spanglish track rapped primarily by Cuban-American Sen Dog, is the group’s homage to their Hispanic heritage. The song was followed by a conga solo by percussionist Eric “Bobo” Correa. Give the drummer some!

Cypress Hill kept rocking the mic as huge inflatable (and actual) blunts bounced through the crowd. Hip hop classics “(Rock) Superstar,” “When the Shit Goes Down,” and “How I Could Just Kill a Man,” paved the way for the night’s finale. The performance of the trippy “Insane in the Brain,” closed out the festival.

Here are some photos of Cypress Hill’s performing at the 2018 National Cannabis Festival on April 21, 2018. All photos copyright and courtesy of Will Colbert. 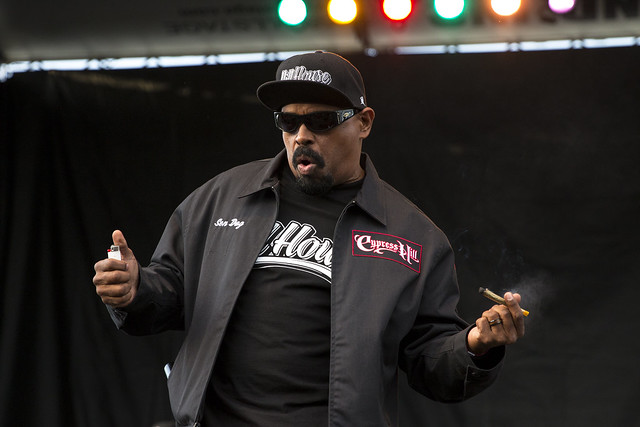 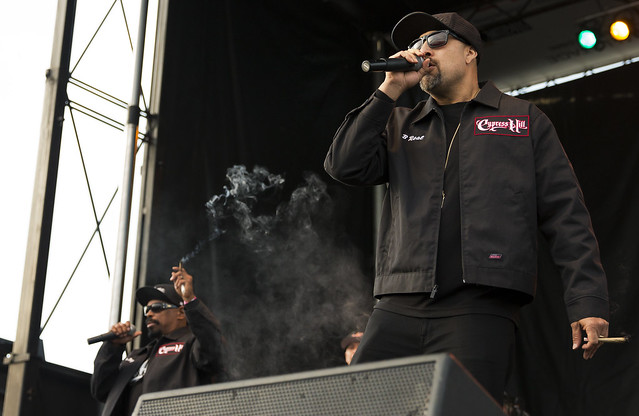 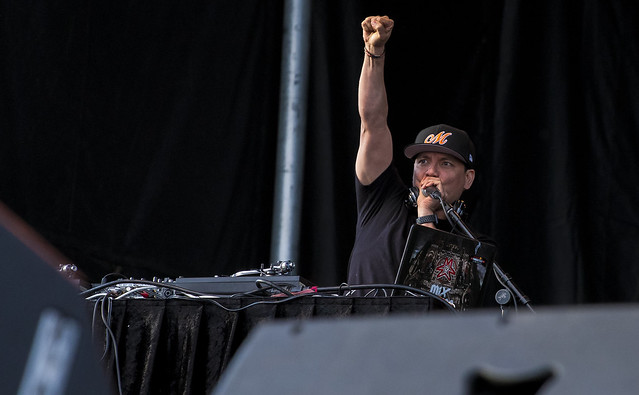 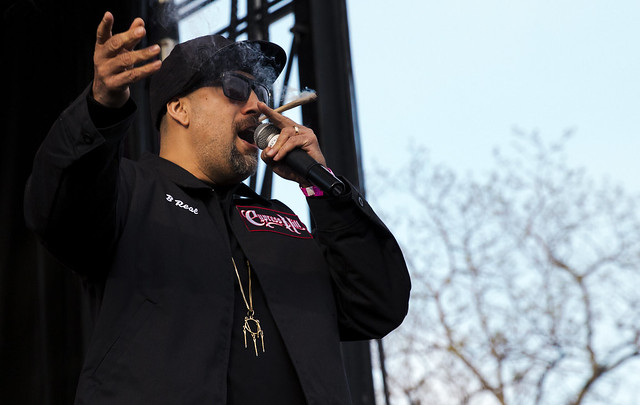 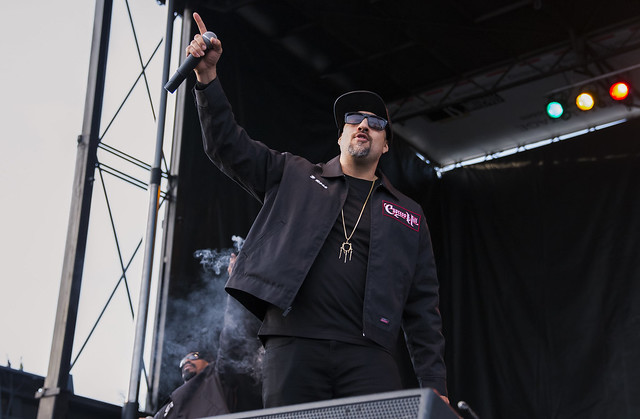 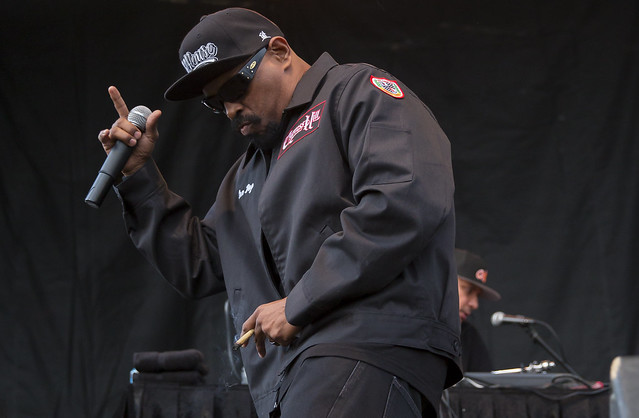 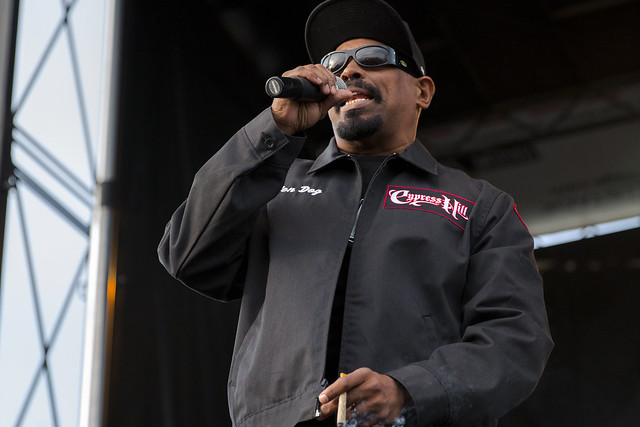 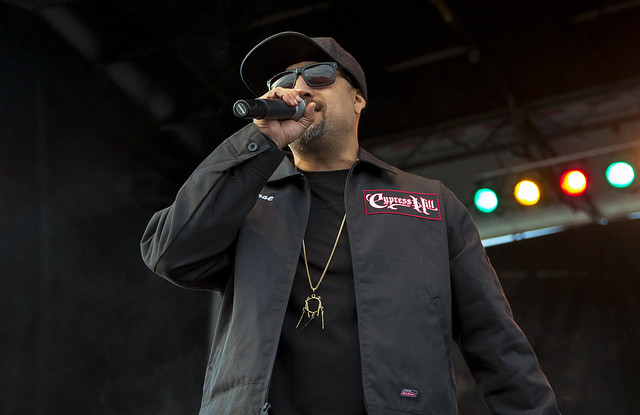 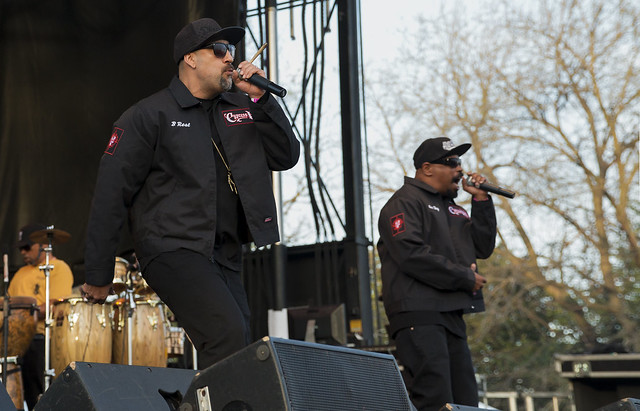