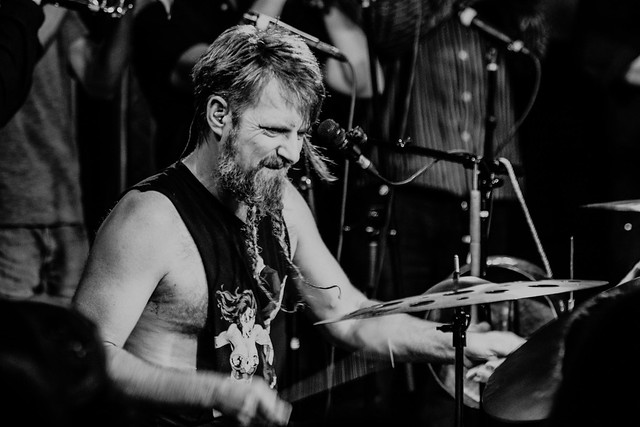 Imagine legendary drummer and band leader Buddy Rich magically had a love child with funk icon George Clinton. The product would be NO BS! Brass Band of Richmond, VA. The East Coast modern funk band gave a heart-pounding energetic performance at Gypsy Sally’s on April 27, 2018 that was so hot, the fire alarm went off… twice!

Founders Reggie Pace (trombone) and Lance Koehler (drums) cast the 11-piece band, in which nearly every member has had conservatory training, holding various degrees in music. As they explain on the band’s website, “In putting together the compositions and arrangements, the ‘b.s.’ has been stripped to give the audience something solid, unique, organic, real, and powerful.” They have the look of New Orleans with the raw sound all their own.

In addition to several original compositions, NO BS! Brass Band showed their versatility in covering “Everybody Wants to Rule the World” by Tears for Fears, “Kashmir” by Led Zeppelin, and “Thriller” by Michael Jackson.

Listen to NO BS! Brass Band’s two newest singles, “Everybody Wants to Rule the World” and “3AM Bounce” (featuring Chance Fisher) below via Spotify:

The band has several performances scheduled for the summer in Virginia and Colorado. Check their website for details. Here are some pictures of NO BS! Brass Band performing at Gypsy Sally’s on April 27, 2018. All photos copyright and courtesy of Ari Strauss. 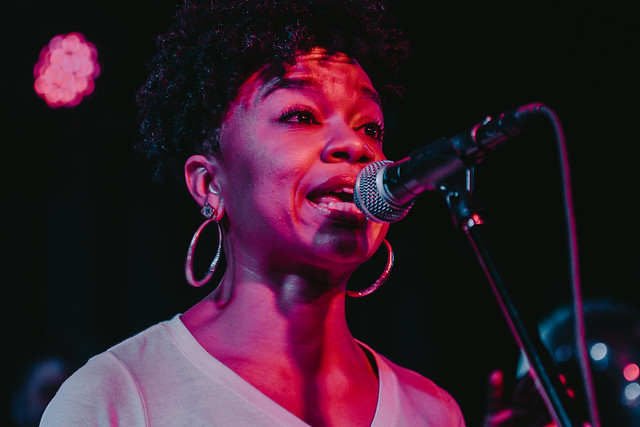 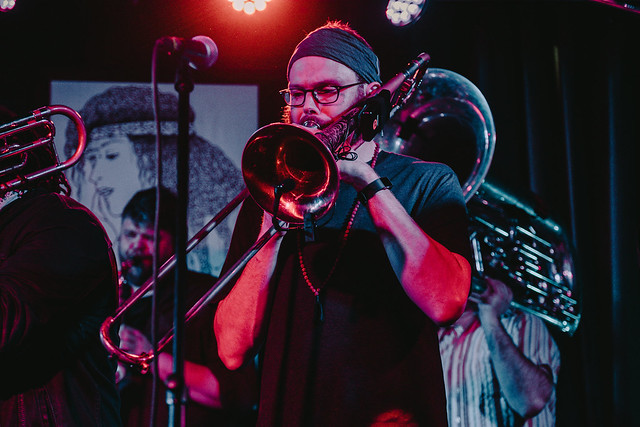 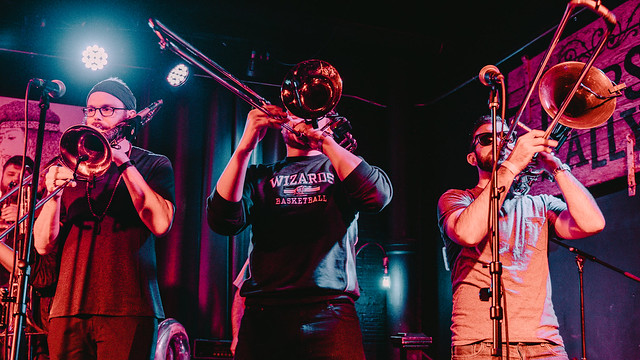 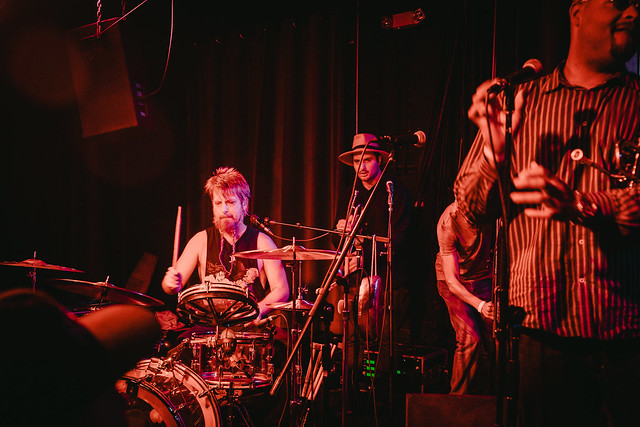 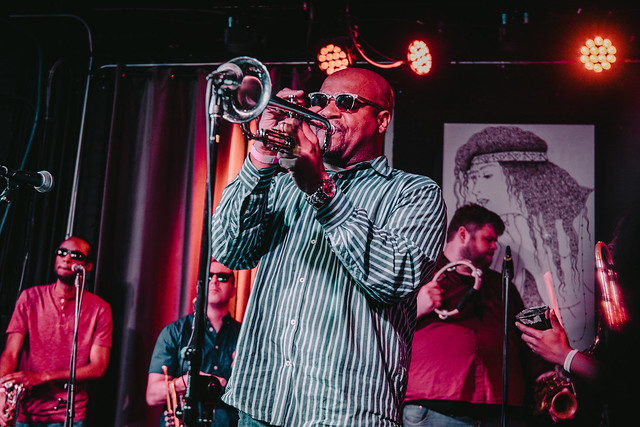 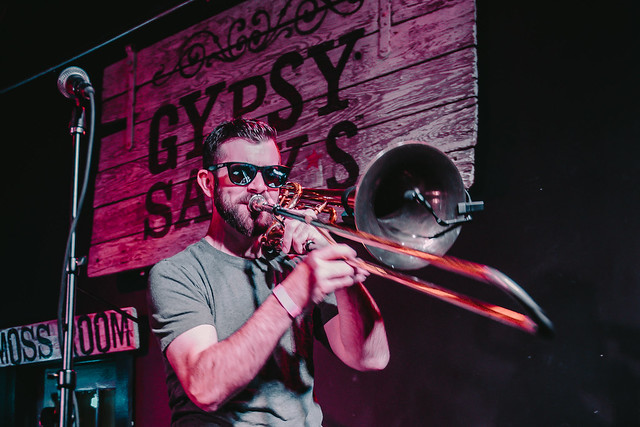 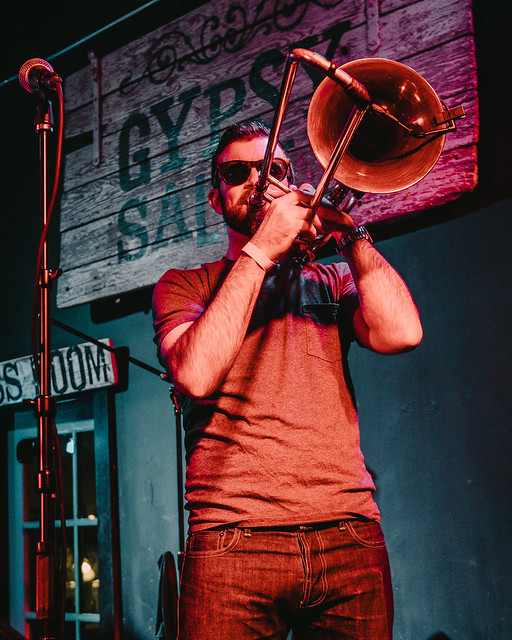 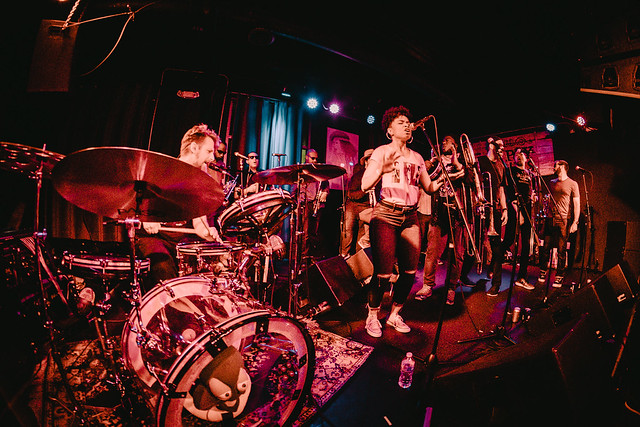 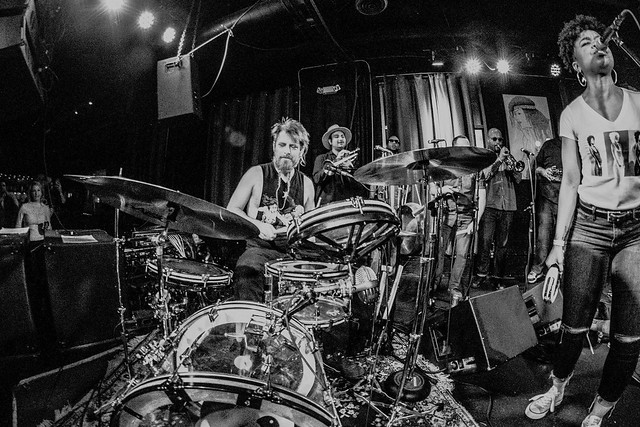 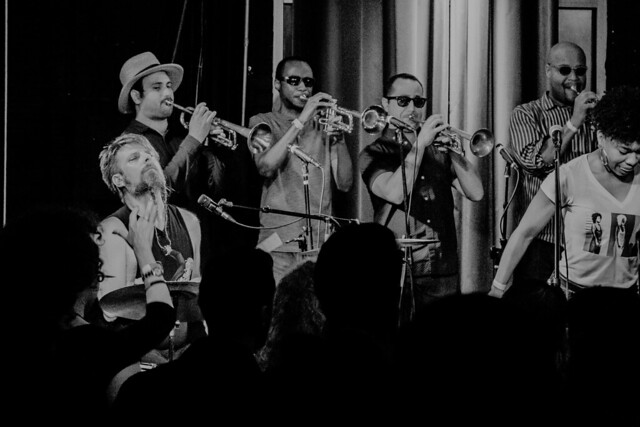 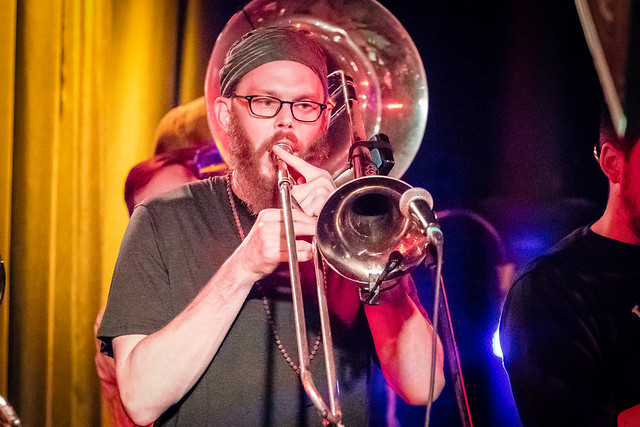 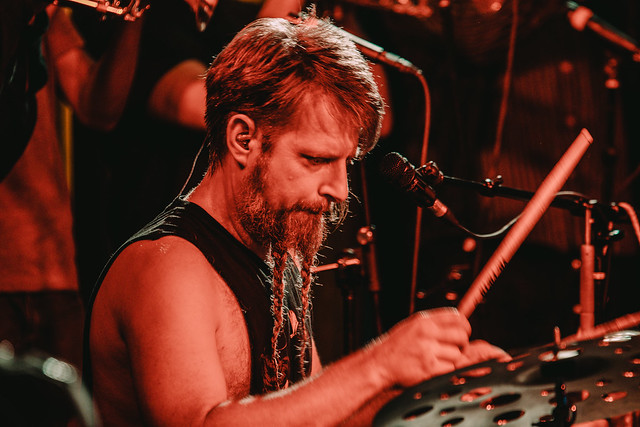 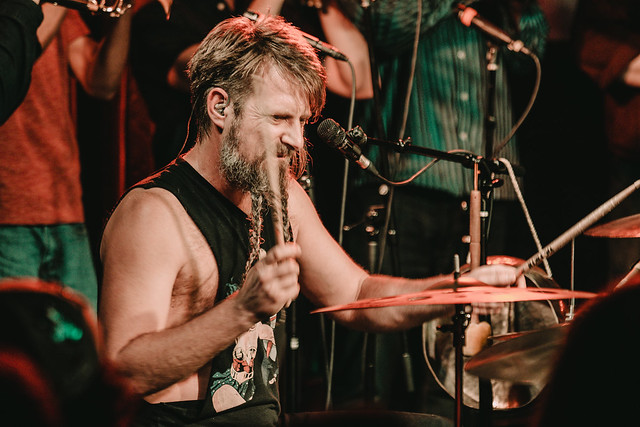 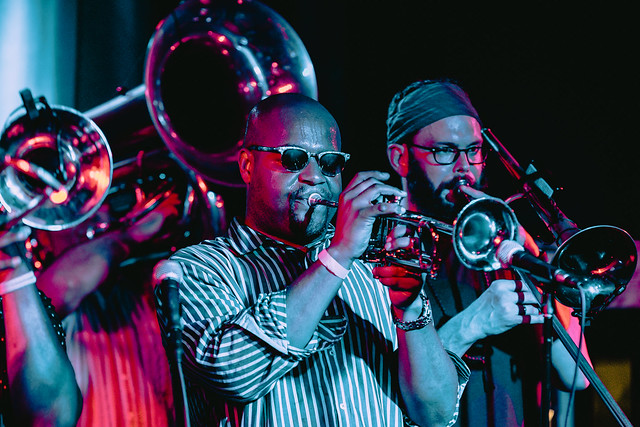 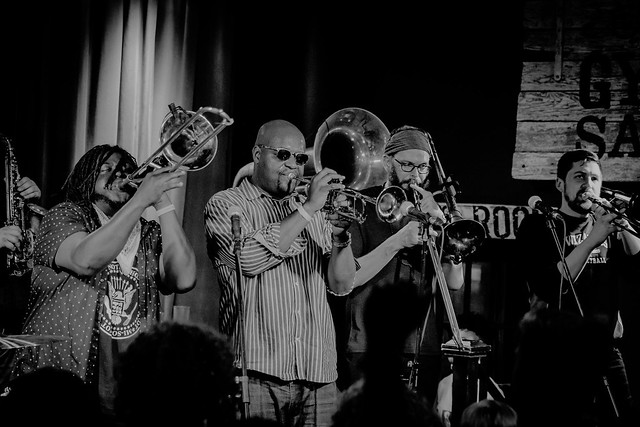