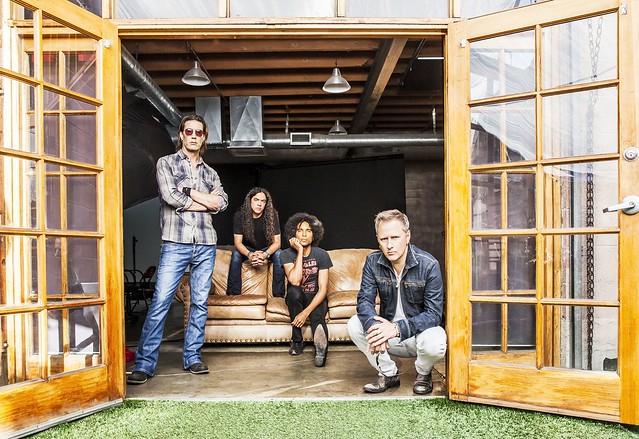 Metal stalwarts Alice in Chains will release their sixth album this summer via Capitol Records! While they may not yet have new material, the quartet are on tour with a stop at The Anthem in DC this Thursday, May 3.

As you may recall, guitarist/vocalist Jerry Cantrell and drummer Sean Kinney founded Alice in Chains way back in 1987. They recruited vocalist Layne Stanley and bassist Mike Starr, the later of who left during the band’s original incarnation to be replaced by Mike Inez. Together, the band recorded three very well-received albums at the height of the grunge era. Layne Stanley died of a drug overdose in 2002.

In 2005, Alice in Chains reunited with new vocalist William DuVall, and recorded an album in 2009. They recorded a fifth album in 2013, and now the sixth is due in 2018. Alice in Chains is on tour now, primarily through North America, but they will also perform in Sweden, Italy, Austria, Hungary and Germany.

Watch the official music video for “Stone” by Alice in Chains from their last album, The Devil Put Dinosaurs Here, on YouTube:

Alice in Chains are joined by Walking Papers from April 28 in Boston to May 18 in Lincoln, Nebraska, in support of the recent release of the band’s album WP2. Walking Papers is a hard rock supergroup that consists of singer/songwriter Jefferson Angell and keyboardist/backing vocalist Benjamin Anderson from The Missionary Position, bassist Duff McKagan from Guns N’ Roses and Velvet Revolver, and drummer Barrett Martin from Screaming Trees and Mad Season. (Due to previous commitments Duff McKagan and Barrett Martin will not be along for these dates. Instead Angell and Anderson will be joined by Nate Daley, Dan Spalding, Will Andrews, and Gregor Lothian.)