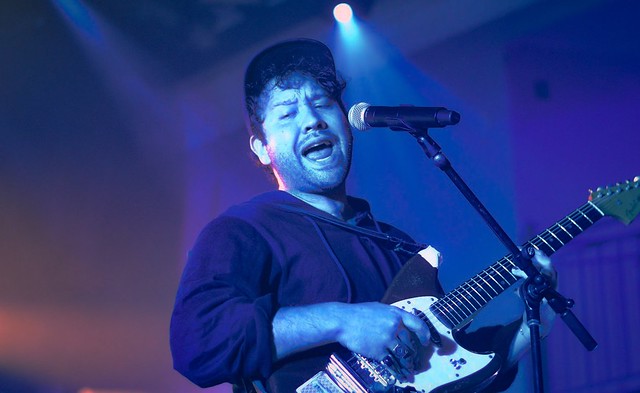 Unknown Mortal Orchestra played at the 9:30 Club on Friday in support of their new album, Sex + Food, their fourth record released in April via Jagjaguwar. The crowd was super pumped to see UMO, and that’s always a good indicator that the show will be a good one.

UMO kicked off the set with “Ffunny Ffriends,” “Swim and Sleep (Like a Shark),” and “Necessary Evil.” In each song, Ruban Nielson (lead guitarist and singer) showed off his guitar skills at every moment he had.

Pretty mellow and upbeat at the same time, those guitar solos by Ruban brought psychedelic rock vibes to their sound. The guitar solos and riffs made each song more electrifying to enjoy. Listen to “Hunnybee” and “Major League Chemicals” with closed eyes and hear each chord being ripped and shred into pieces.

A highlight of the show is when Ruban went into the crowd for a second time. This time for a crowd surf, but somehow he ended up on the shoulders of the band’s number one fan in the crowd. The fan just danced with him on his shoulders! The band appreciated him so much that during a toast in the middle of the set, the band manager (presumably) got him a shot to toast with UMO.

What I appreciated most from the show was the energy from the crowd. UMO bounced that energy back into their set and produced an unforgettable night. One of the top shows so far in 2018 at the 9:30 Club.

Their tour continues in Montreal on May 1 and into mid-May. Then they go to Europe. Here are some pictures of Unknown Mortal Orchestra performing at the 9:30 Club on April 27, 2018. All photos copyright and courtesy of Brenda Reyes. 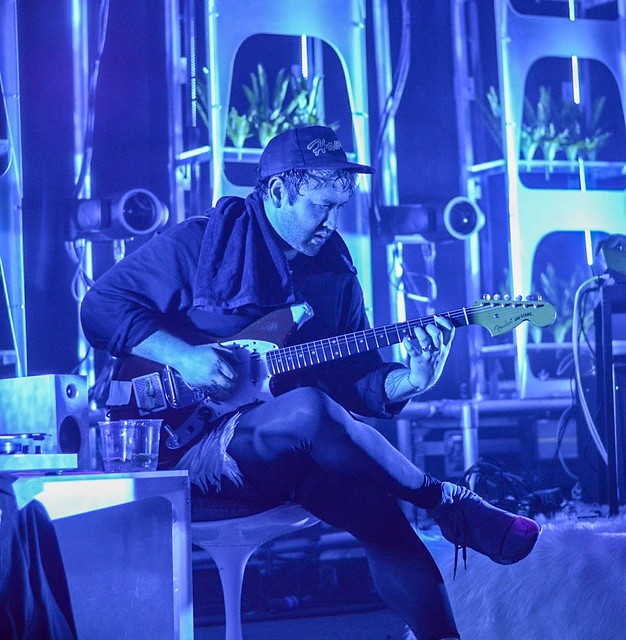 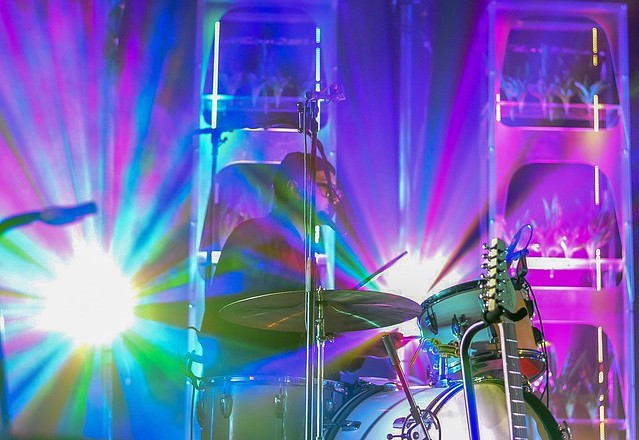 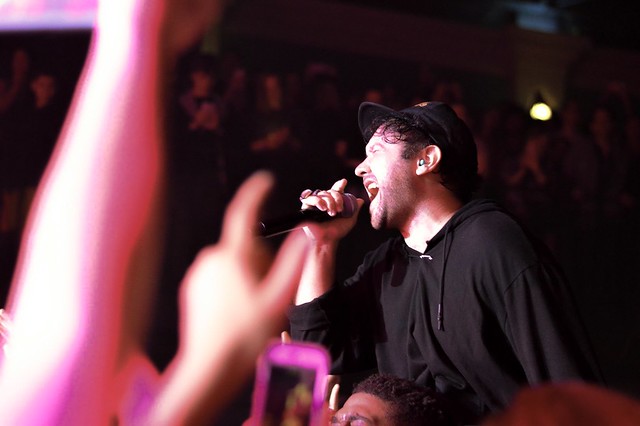 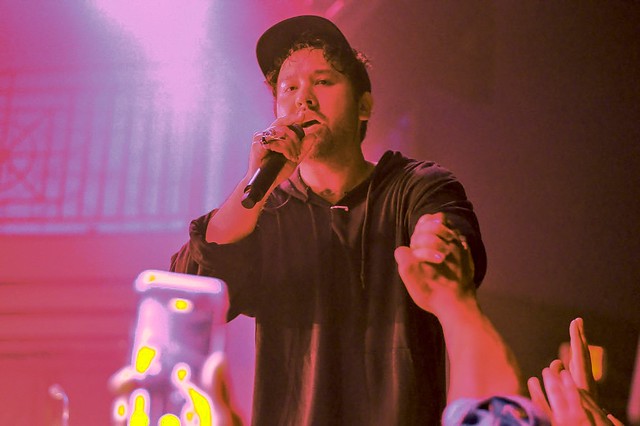 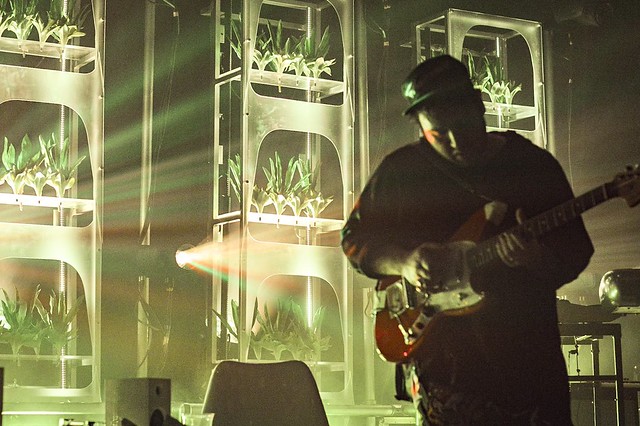 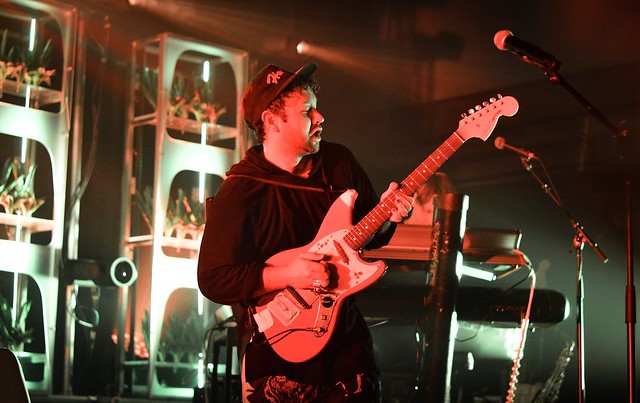 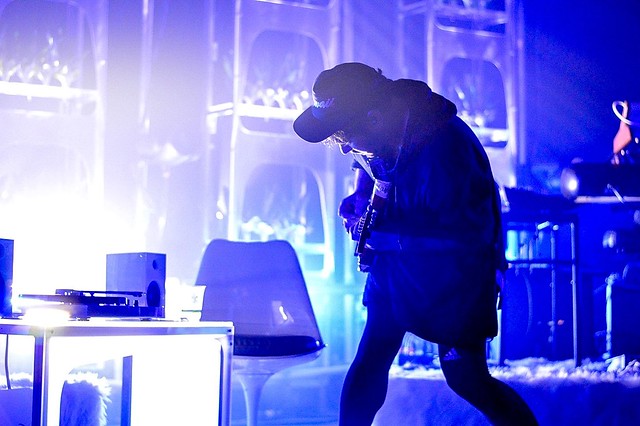 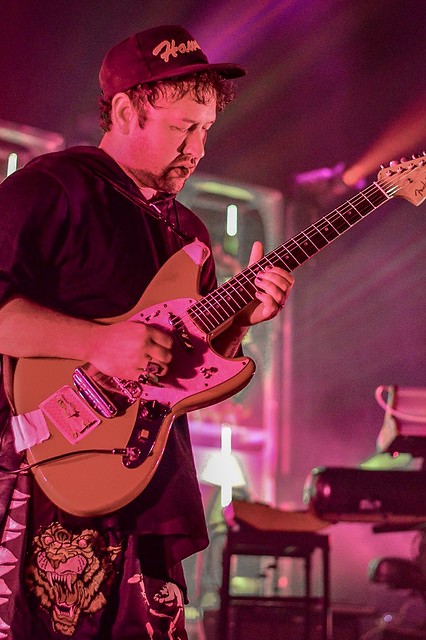 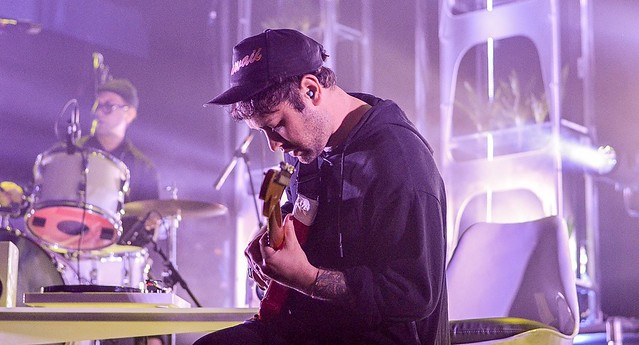 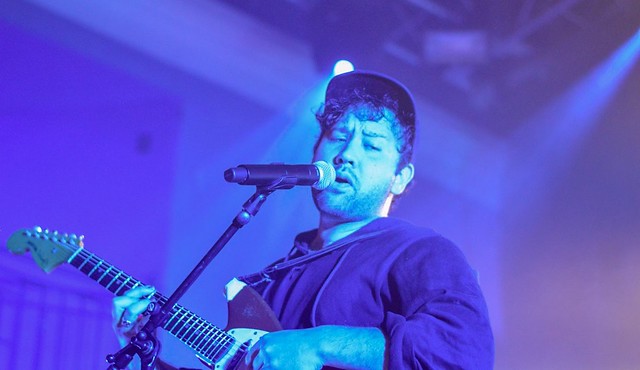