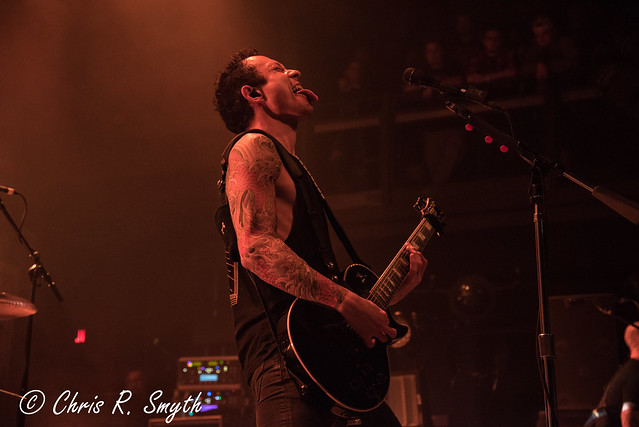 Matt Heafy fronts Trivium at The Fillmore Silver Spring on May 6, 2018. (Photo by Chris R. Smyth)

Sunday was a night of fast and ferocious music at The Fillmore Sliver Spring. As the opening act ahead of Bullet For My Valentine, heavy metal band Trivium brought their combination of guttural screaming and clean singing to a frenzied audience.

Touring in support of their latest and eighth album, The Sin and the Sentence, Trivium returned a bit to their past. After 2015’s album, The Silence in the Snow, did not feature any screaming from lead singer Matt Heafy, The Sin and the Sentence brought back that element on this album. Trivium focused on playing those more aggressive new singles including “Betrayer” and the album’s title track, which opened their vicious set. Matt’s bandmates — Corey Beaulieu (guitars), Paolo Gregoletto (bass), and Alex Bent (drums) — rocked just as hard as he did.

Wanting as much crowd participation as possible, Matt mentioned how their show the night before in North Carolina had the best audience so far on the tour. That was all the motivation these fans needed, and they were not going to be outdone. Fans were crowd-surfing since the first notes played, but they took it up a notch to sing along with each song, especially for the chorus of “Until the World Goes Cold.” Before playing “Pull Harder on the Strings of Your Martyr,” Trivium called for a circle pit, which instantly took over the center of The Fillmore’s floor.

But the energy wasn’t one-sided. Trivium made sure to cover every square inch of The Fillmore’s stage, doing their best to connect with each member of the audience and headbanging throughout the show. The most explosive moment of the night came at the start of the final song, “In Waves.” Matt asked for the entire crowd to get down to the floor, which meant there was only one place for them to go when he hit his signature scream to kick off their hit song — up and crazy! Everyone blasted up off the ground and carried that energy through the end of the set.

Here are some pictures of Trivium performing at The Fillmore Silver Spring on May 6, 2018. All photos copyright and courtesy of Chris Smyth. 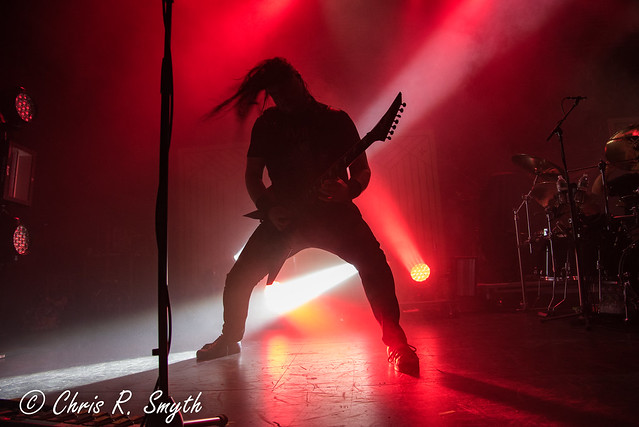 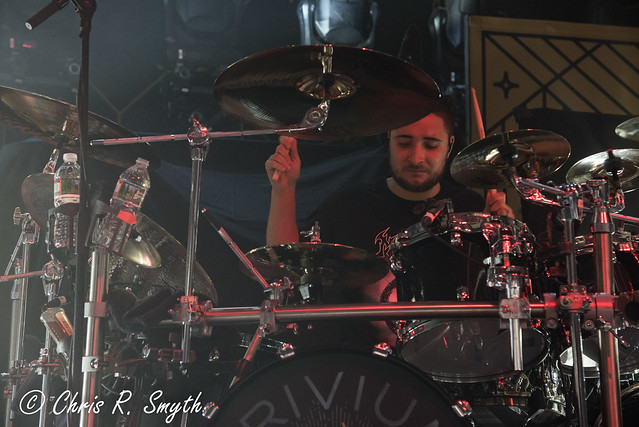 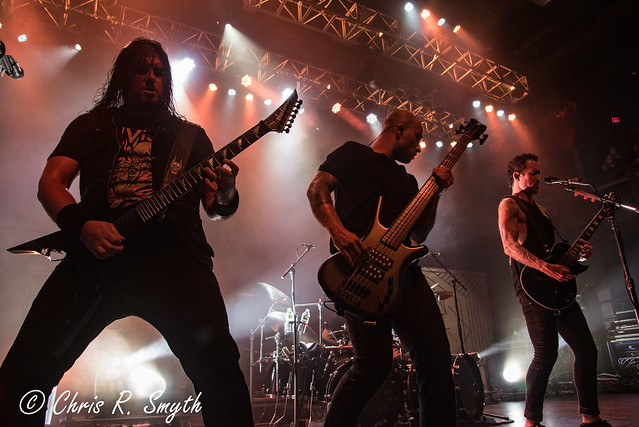 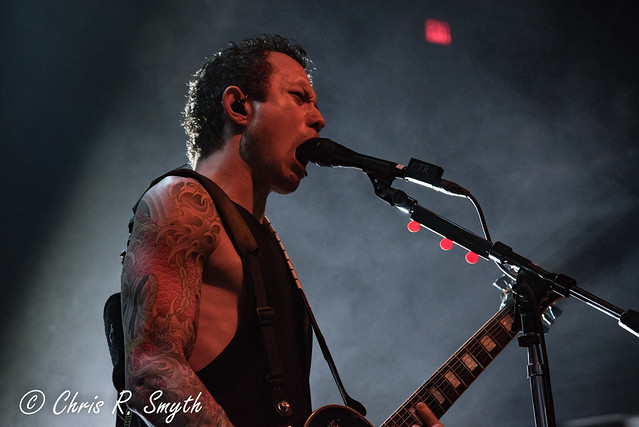 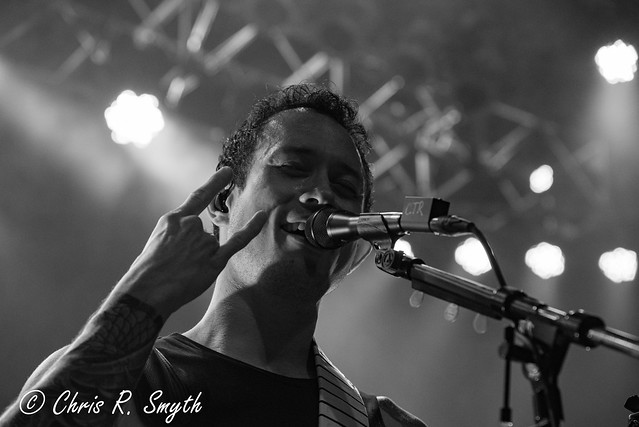 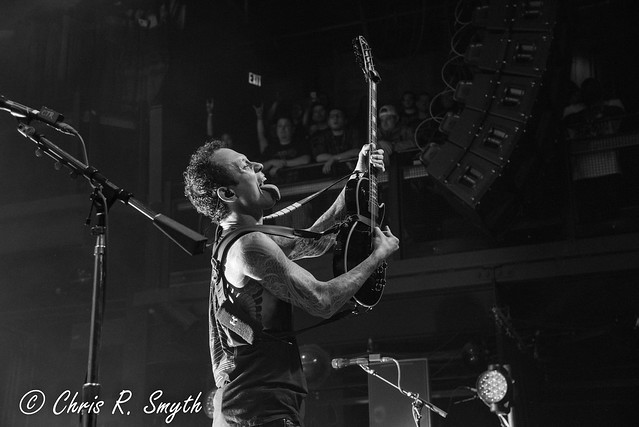 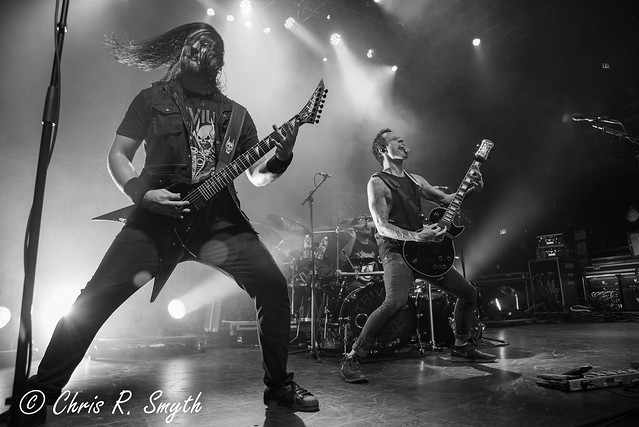 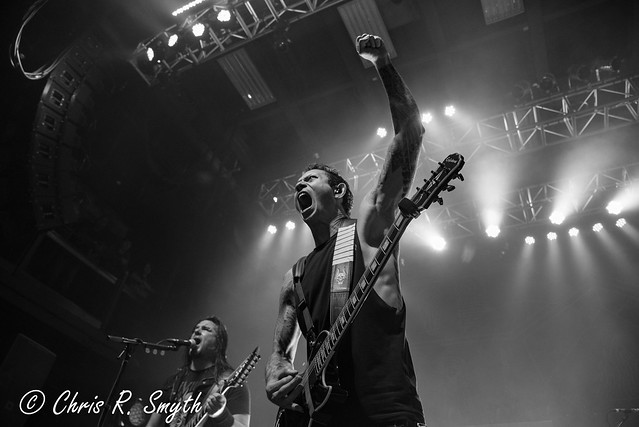 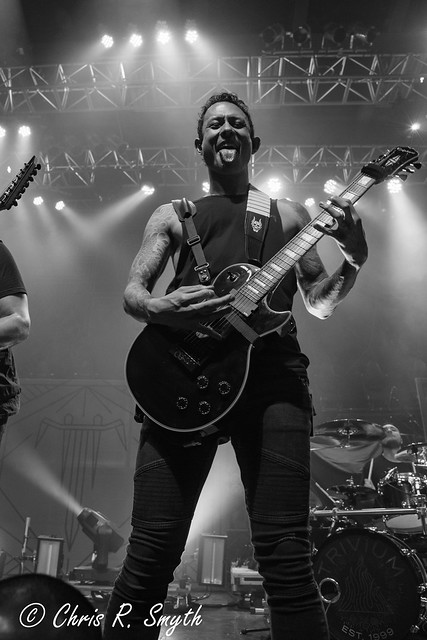 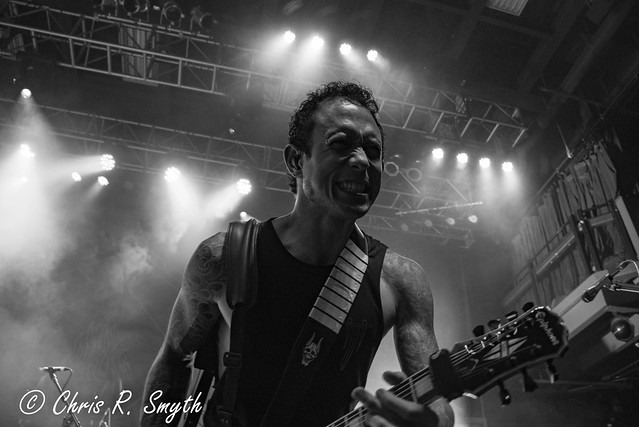 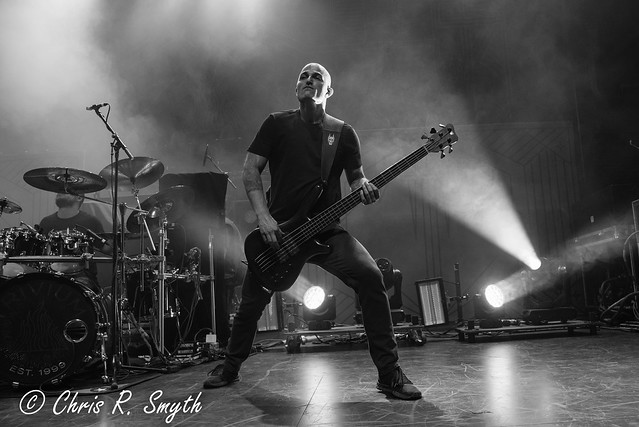 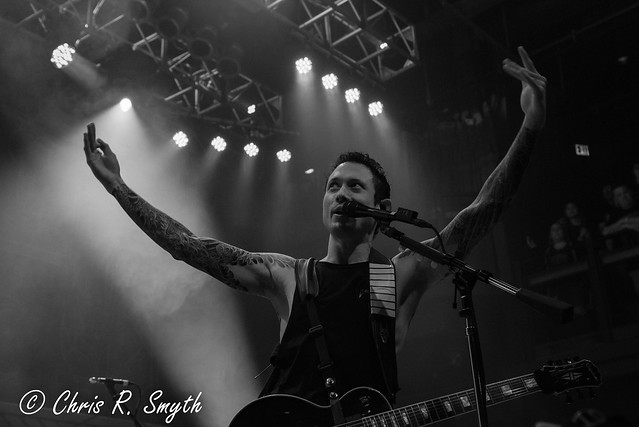 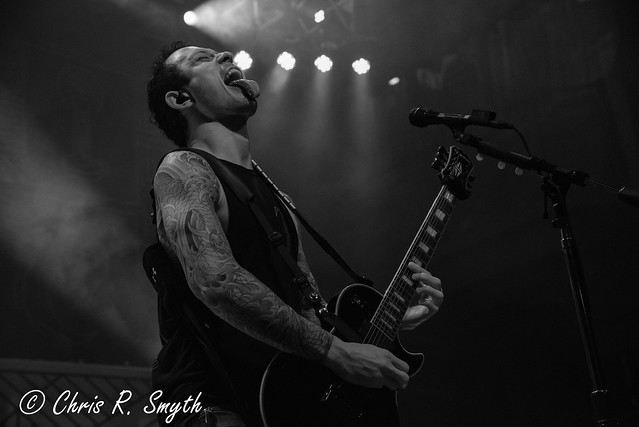 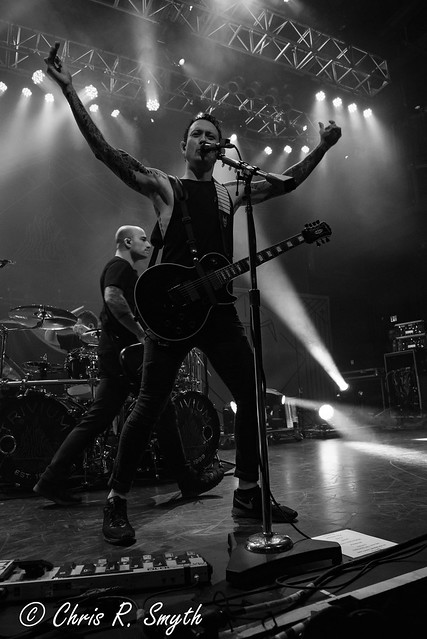 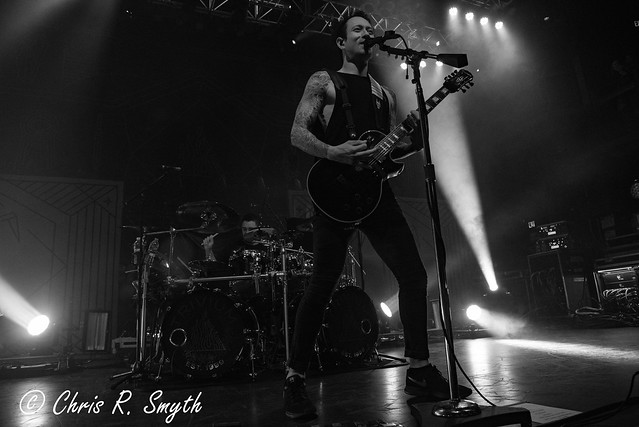