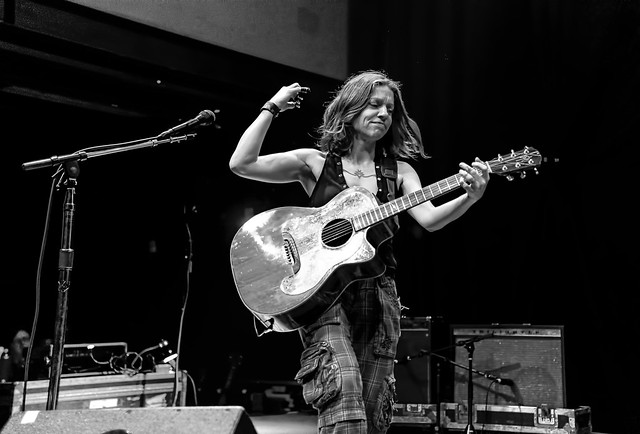 An Ani DiFranco concert is more than just a show, more than just music. It’s the spirit of community, progressive consciousness, and inclusion. That spirit was alive at 9:30 Club on Saturday.

The audience was passionate, they knew all the words, and they sang along, but their singing expressed more than a love for the lyrics and the melody. Through Ani’s persona and her music, they truly managed to come together in solidarity and identification with feminism, progressivism, environmentalism, and the LGBTQ community.

Ani wore her causes on her sleeve. Before the show began, she played a video depicting a Native American tribe’s fight against uranium mining in the lands surrounding the Grand Canyon. I admit that I’m not an expert on the issue, but I did understand the effects of mining on groundwater are highly uncertain, and it seems like, maybe, after everything else we’ve put them through, it might be nice if we didn’t give this tribe uranium poisoning.

After the video, footage aired for Emily’s List, an organization that promotes pro-choice, Democratic women for public office. Emily’s List’s director of campaigns took the stage and addressed the crowd, highlighting some of the organization’s milestones and accomplishments, as well as some of the candidates in both the DMV area and nationally that they’re supporting this year.

After the opening act, Ani took the stage alone with her guitar. As she would explain, her drummer was ill, so she was accompanied by a drum machine. Later in her set, Ani also welcomed a bassist to accompany her.

Ani’s set consisted of songs from throughout her more than 25-year career. She played “Names and Dates and Times” from Puddle Dive (1993), “Not a Pretty Girl” from the album of the same title (1995), “Alla This” and “Still My Heart” from Allergic to Water (2014), and “Play God” and the title track from last year’s Binary, among others.

Crowd response was ecstatic throughout the evening. Every song was met with a round of applause and might well have been met with a standing ovation if the crowd had been seated. Large sections of the audience appeared to know every tune by heart and sang along with Ani.

For her encore, Ani pulled out two fan favorites, “Gravel” and “32 Flavors.” On her last song of the evening, it seemed like everyone in the 9:30 Club was singing along with the chorus: “I am 32 flavors and then some.”

Here are some pictures of Ani DiFranco performing at 9:30 Club on May 5, 2018. All photos copyright and courtesy of David LaMason. 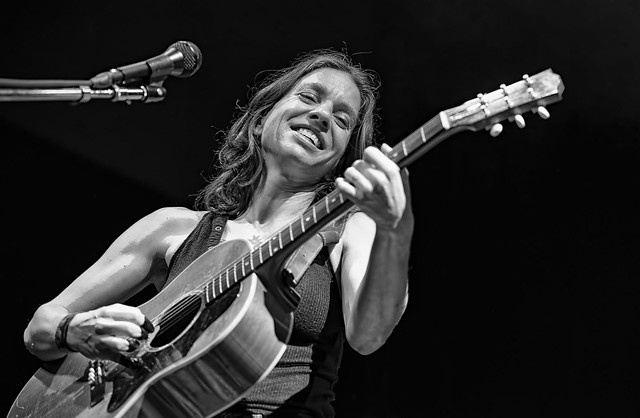 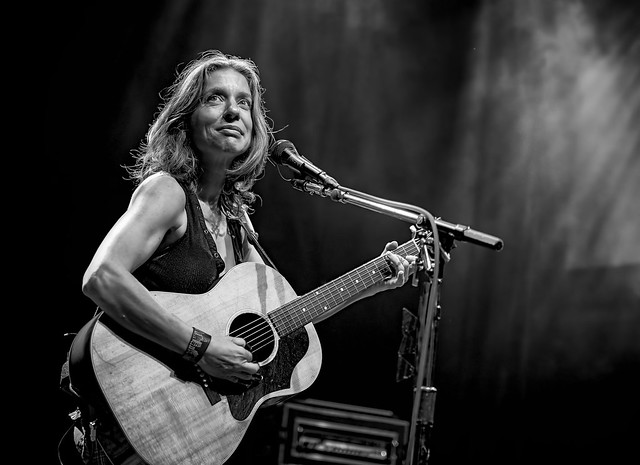 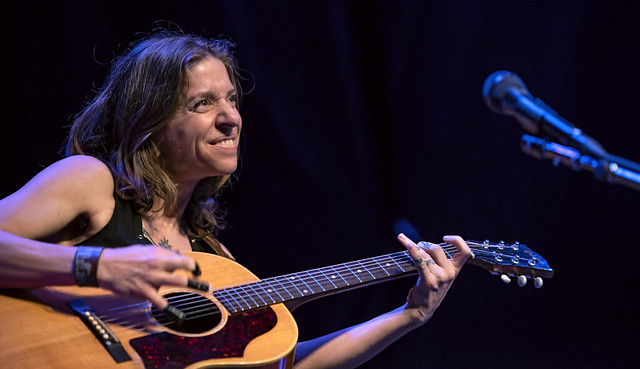 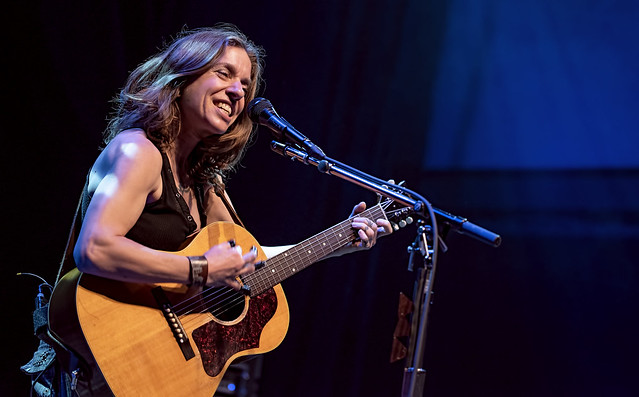 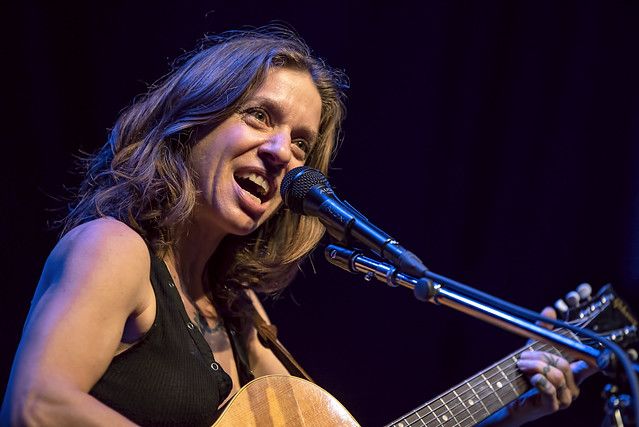 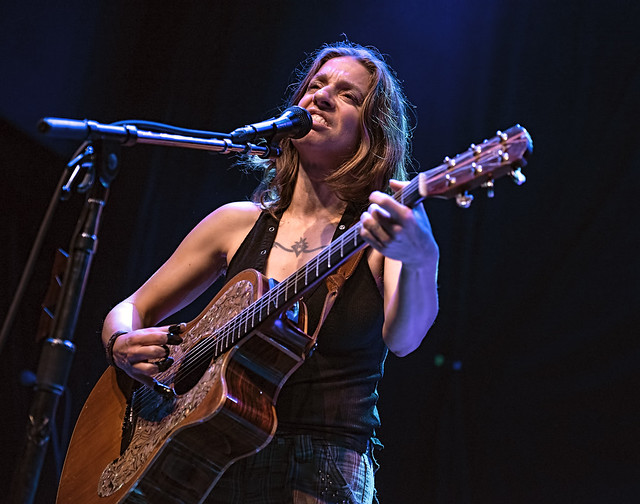 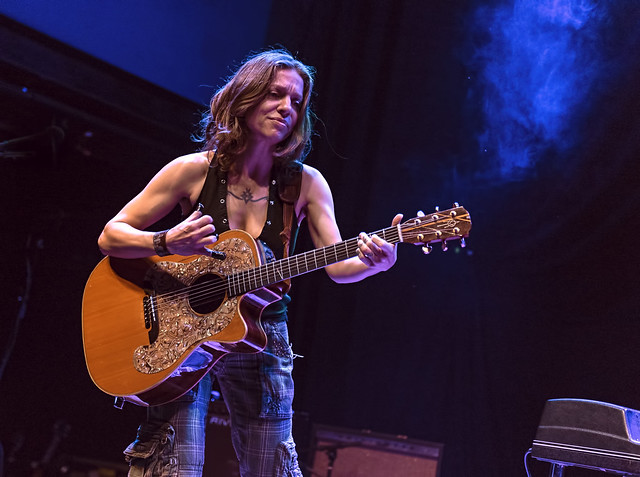 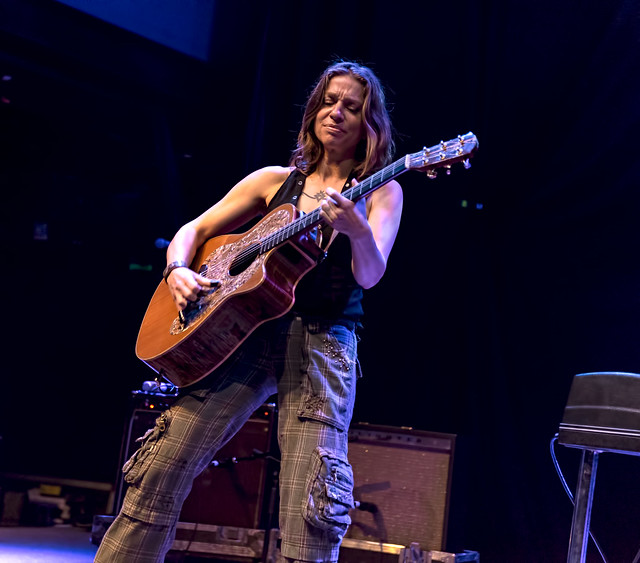 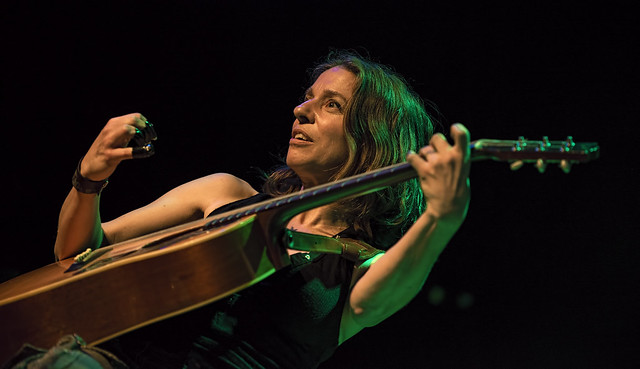 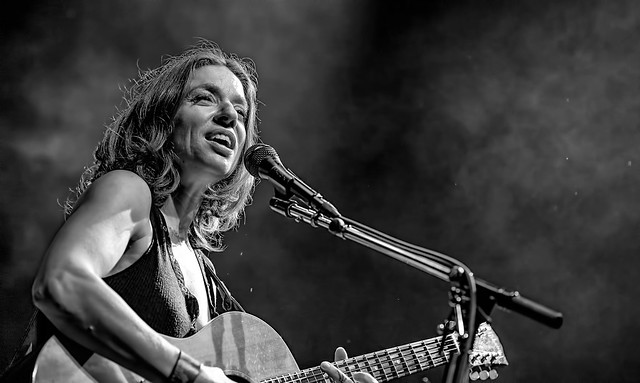 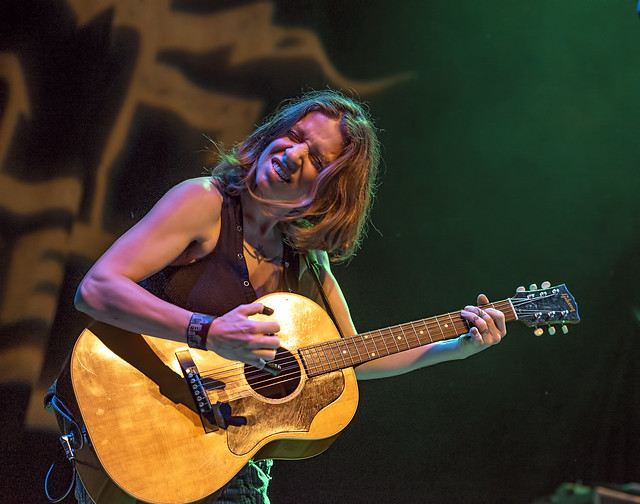 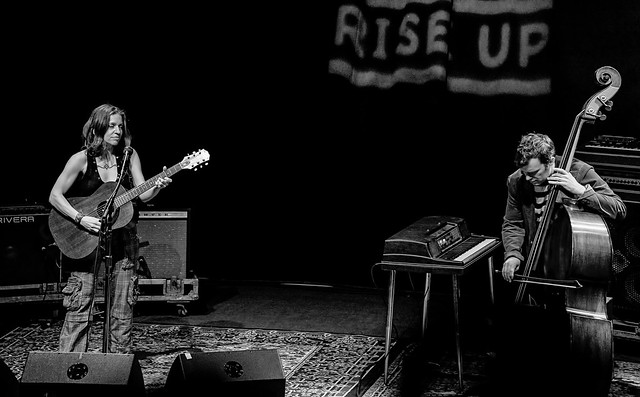