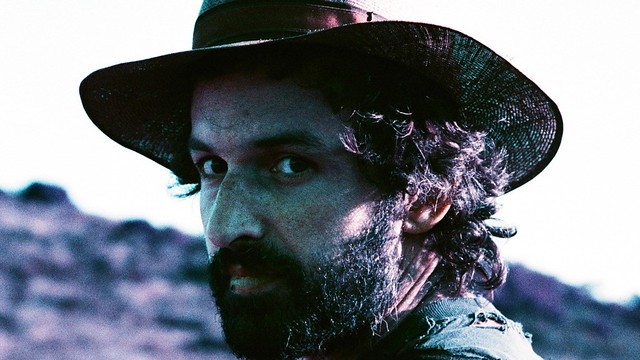 Legendary roots musician Ry Cooder has a son who also is a very talented musician. Joachim Cooder, who released his first proper EP, Fuchsia Machu Picchu, on March 30, will open for his legendary father, and then he play drums in his dad’s band, at The Birchmere on Monday, June 4, and Monday, June 11. The first date has sold out, but tix remain for June 11.

Over the years, Joachim has collaborated with his father on projects like Buena Vista Social Club, and also with The Haden Triplets, Matt Costa, Inara George, his brother-in-law Robert Francis, and his wife Juliette Commagere. Although Joachim released Love on a Real Train in 2012, he considers that album a collaborative work as well.

Listen to Fuchsia Machu Picchu by Joachim Cooder on Spotify:

Joachim welcomes contributions from his family on the new album with his father Ry appearing on every song — whether on guitar, bass, banjo, or mandocello. His wife Juliette sings backing vocals and plays bass. And Robert, his brother-in-law, plays guitar and sings backing vocals.

“I’m always hearing some sort of defunct cosmic ice cream truck in my head — that’s the sound I’m after with my mbiras and tank drums and other tuned percussion. Hopefully people will get that,” Joachim said.