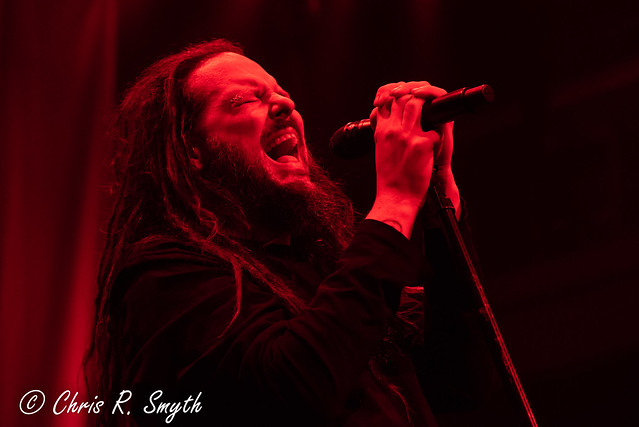 Jonathan Davis performs at The Fillmore Silver Spring on May 17, 2018. (Photo by Chris R. Smyth)

Beneath a flood of red light, Jonathan Davis, best known for being the lead singer of Korn, brought his performance to The Fillmore Silver Spring. One week in advance of the release of his new solo album, Black Labyrinth, Jonathan and his band performed the new album nearly in its entirety.

Heading into the show, one could reasonably expect to hear at least a few hits from Korn, nu-metal’s biggest band. Those expectations were not fulfilled, but that does not mean there was disappointment in the crowd.

In fact, most fans in attendance appeared to be quite engaged, and they enjoyed the new tracks. In a set that lasted 15 songs, 11 of those songs were from Black Labyrinth. Three songs were tracks from the soundtrack to the movie Queen of the Damned, on which Jonathan was a producer. The last song, a roughed up version of “Love on the Rocks,” was a cover of a Neil Diamond song. Thus far, only three songs from the new album have been released — “What It Is,” “Everyone,” and “Basic Needs” — which made it difficult for the crowd to sing along. Jonathan did address why he chose to tour before the album dropped, saying that he wanted everyone to be able to hear it live and experience the music before its release.

More moody, and less overtly aggressive than traditional Korn songs, Black Labyrinth still hits many of the notes Korn fans grew to love. This should not be much of a surprise since Jonathan has said in interviews that the album was nearly finished 10 years ago, but he just couldn’t get around to completing it due to the demands of Korn’s recording and touring schedule.

Jonathan’s stage presence is as enigmatic as his songs. While his music can oscillate between frantic and melodic, his movements on stage rotate between thrashing and hypnotic smoothness. Jonathan demands your attention with his charismatic awkwardness. But although this was his show, Jonathan Davis made sure to showcase his band, which was unique in its own right for a metal show.

Along with the lead guitar and drums, Jonathan was backed by a stand-up bass, which was often played with a bow, keyboards, and a violin. On the drums was current Korn drummer Ray Luzier. Ray was a show in his own right. Not content with simply playing the intricate percussion required for such a performance, Ray was juggling and flipping his drum sticks throughout each song. Watching a man enjoy this task to Ray’s level only made the show better.

The night ended with the traditional tossing of the drumsticks and guitar picks to the crowd. The fans were appreciative of the gesture, but the band took it one step further. Ray Luzier popped off two of the heads from his drum kit and frisbee’d them to the fans. The first went into the second deck; the second, to the fans on the floor. Both drum heads were signed by the entire band. And while everyone appeared to go home happy with the night’s performance, two specific fans left with souvenirs of a lifetime.

Here are some pictures of Jonathan Davis performing at The Fillmore Silver Spring on May 17, 2018. All photos copyright and courtesy of Chris Smyth. 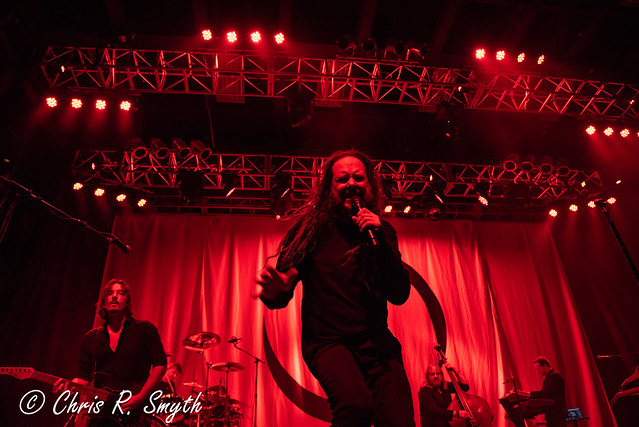 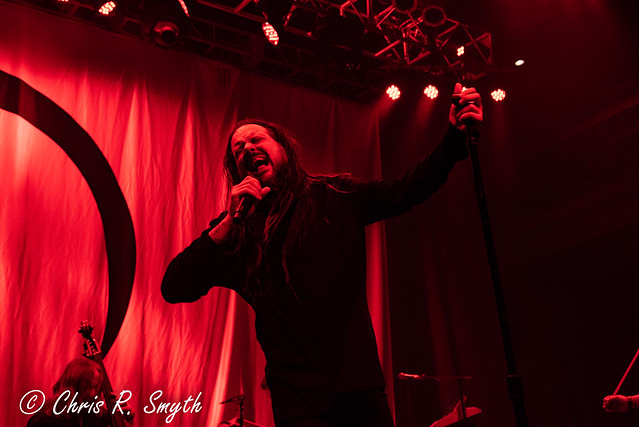 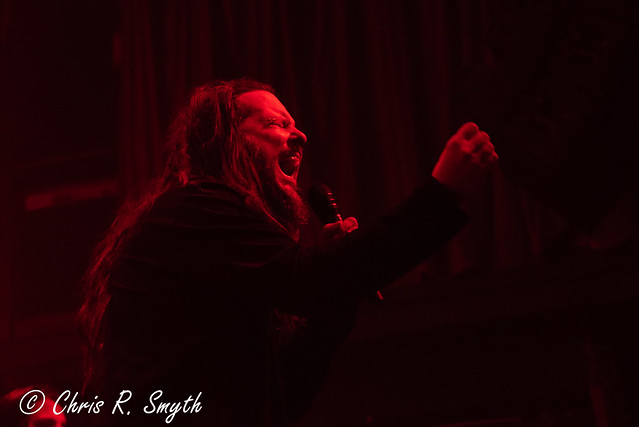 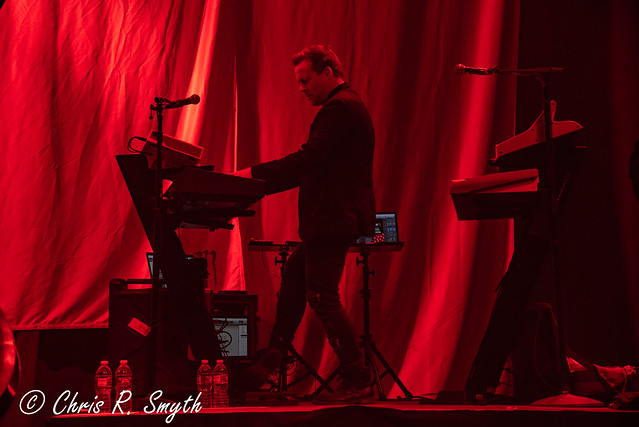 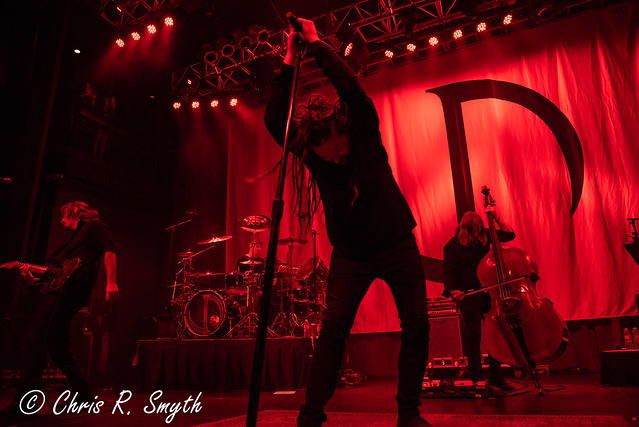 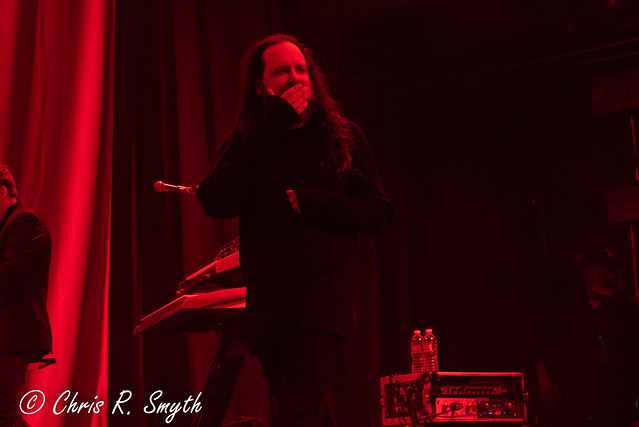 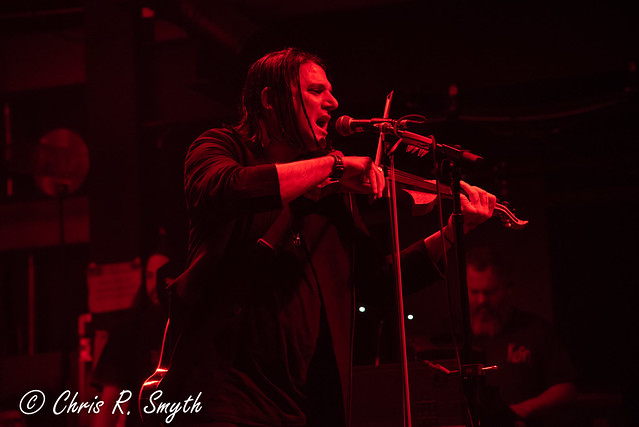 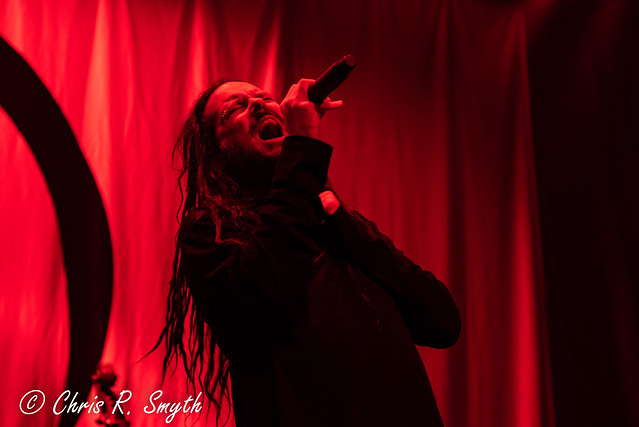 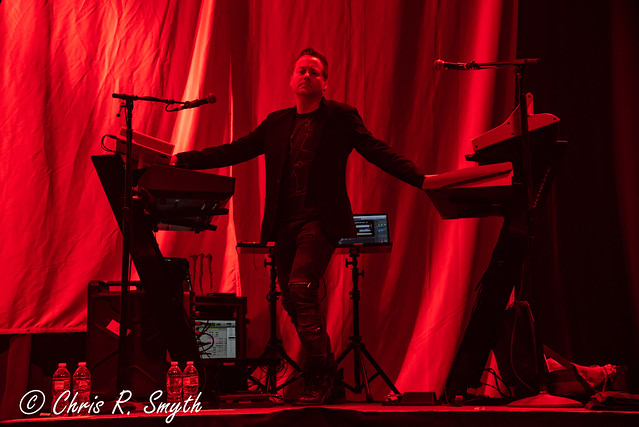 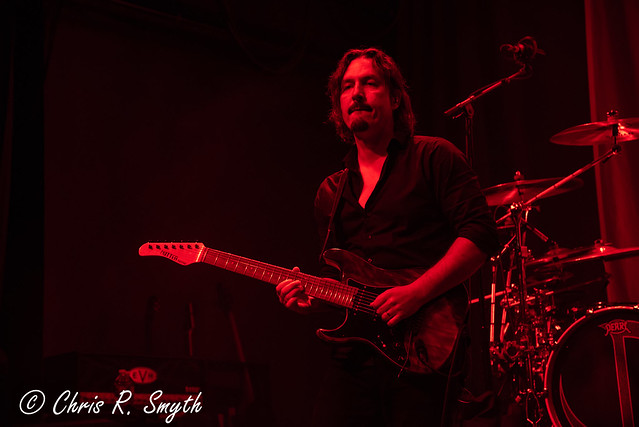 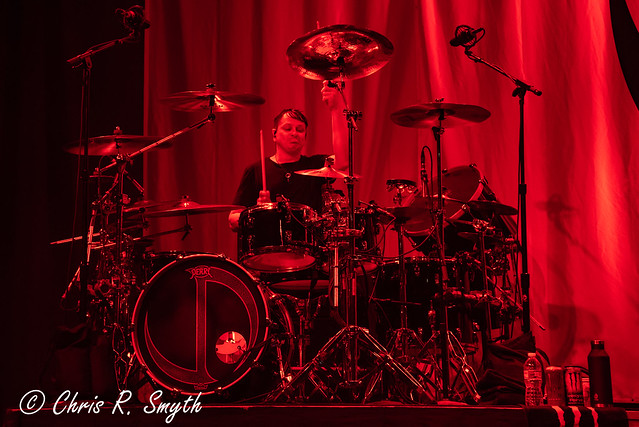 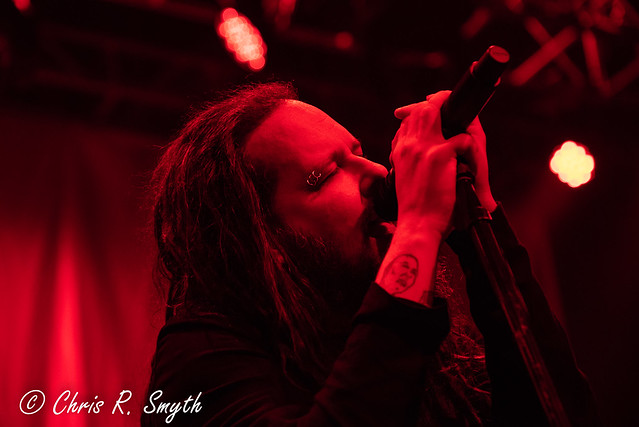 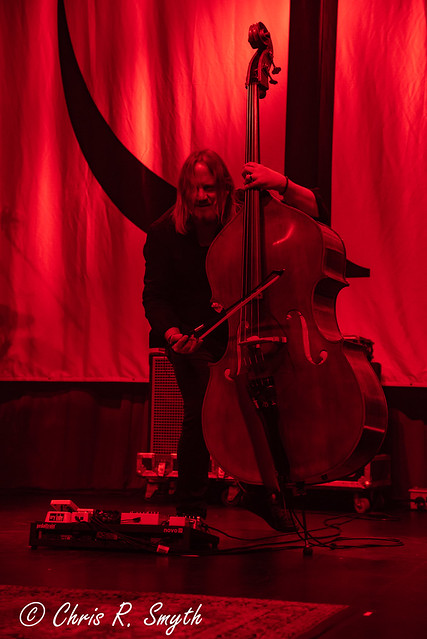 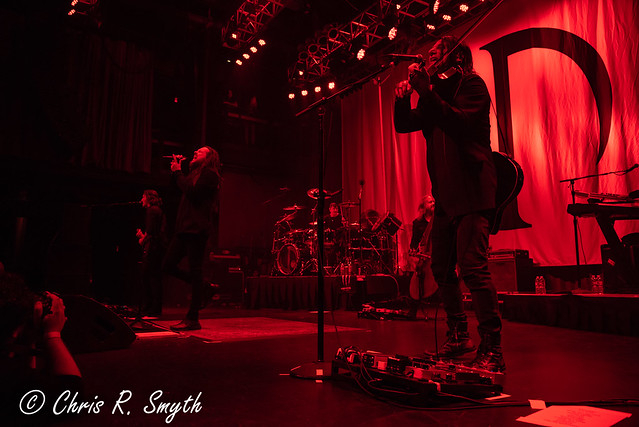 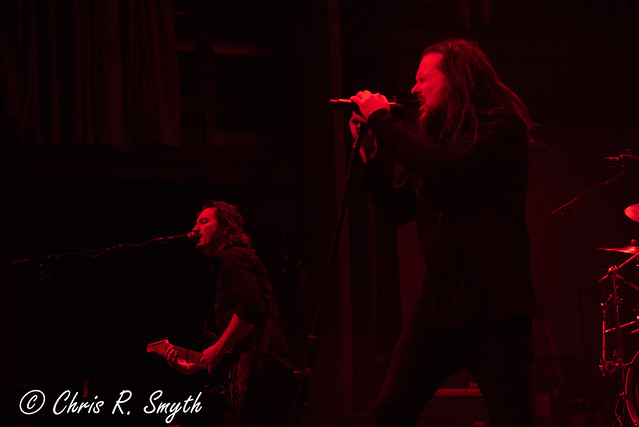 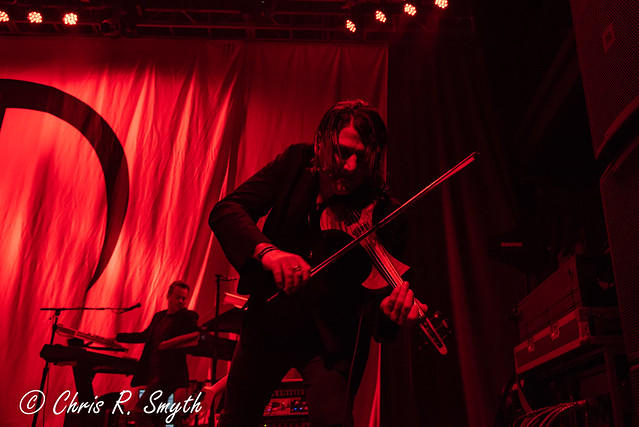 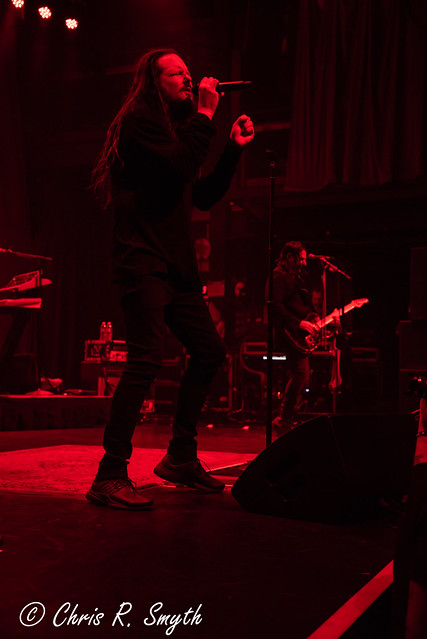 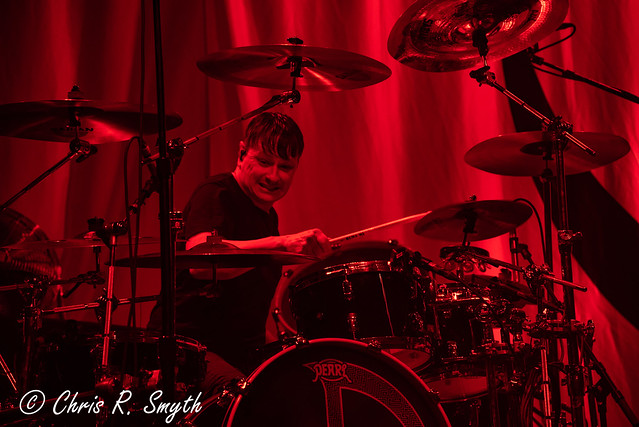 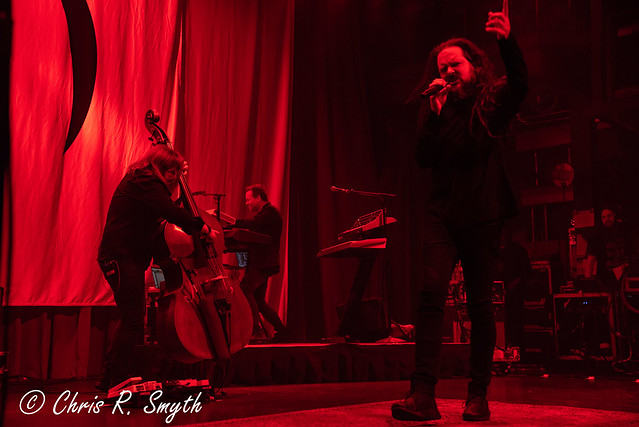 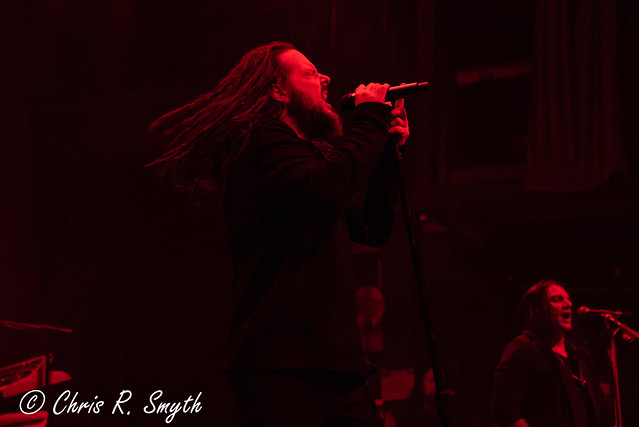