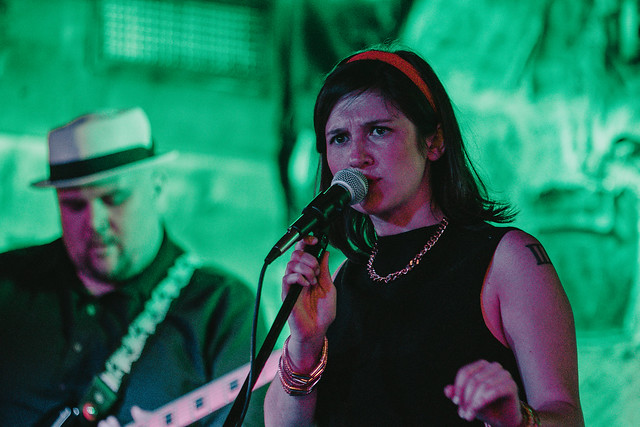 Berit Ulseth fronts The Claudettes at Hill Country Live on May 17, 2018. (Photo by Ari Strauss)

The energetic performance of The Claudettes at Hill Country Live on Thursday defied the heavy hearts of its members as drummer Danny Yost lay home in Chicago, recuperating after suffering a stroke one week prior. Stepping into Danny’s seat behind the drums was Michael Caskey, who co-founded The Claudettes in 2011 with pianist Johnny Iguana but departed in 2016 due to other commitments.

Michael delivered a masterful performance after conquering the difficult task of learning the band’s latest album, Dance Scandal at the Gymnasium, released on March 23 via Yellow Dog Records.

The Chicago-based Claudettes were founded by Johnny and Michael as a duo rooted in the jazz/blues/roots realm and evolved into a quartet with a change in drummers in 2016 and the addition of vocalist Berit Ulseth and bassist/guitarist/singer Zach Verdoorn.

As The Claudettes evolved, so did its sound and songwriting philosophy. Quoted in a 2016 interview by JazzColumbus.com, Johnny Iguana explained, “The great jazz writer Nat Hentoff had a great book called Listen to the Stories, and there were a few quotes in there that really stuck with me. One of them was: Some reporter asked Duke Ellington, ‘How did you have all those chart hits?’ It was kind of an inane question. But he said, ‘I always looked around at whatever people I had in the band with me right then and said to myself, ‘What do these people do well?’ You have to play to the strengths of what human beings are in your band at that time.”

The band’s evolved sound, described on its website as “the [fusion of] Chicago piano blues with the full-throttle energy of rockabilly and punk and the sultriness of ’60s soul,” played to the strength of Berit’s seductively smooth vocals, Johnny’s hard-pounding piano style (part vaudevillian/part Ray Charles), and complimented by the vocals and rhythmic bass and guitar riffs by Zach.

Download Dance Scandal at the Gymnasium and other albums by The Claudettes at https://theclaudettes.bandcamp.com.

Here are some photos of The Claudettes at Hill Country Live on May 17, 2018. All photos copyrighted and courtesy of Ari Strauss. 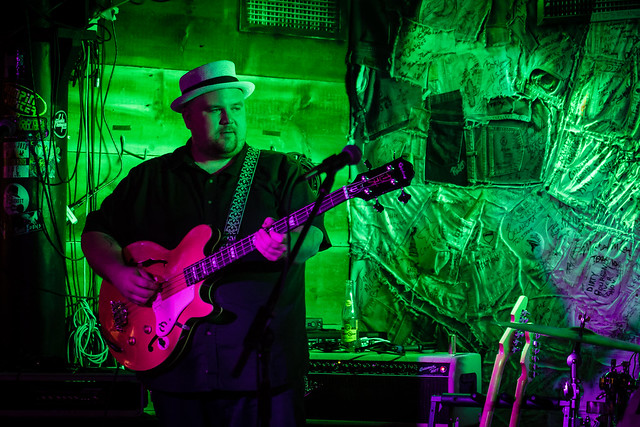 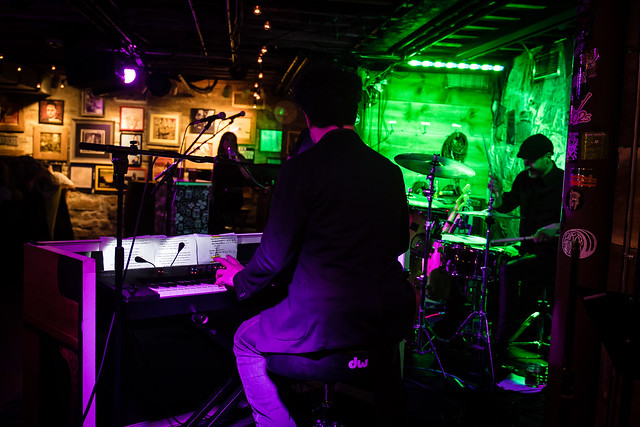 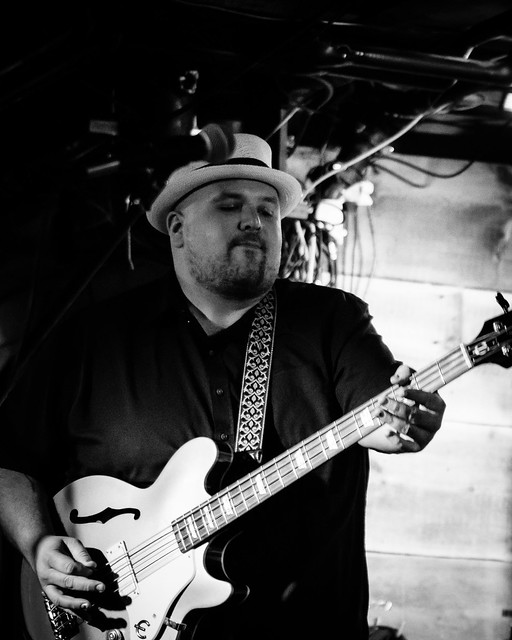 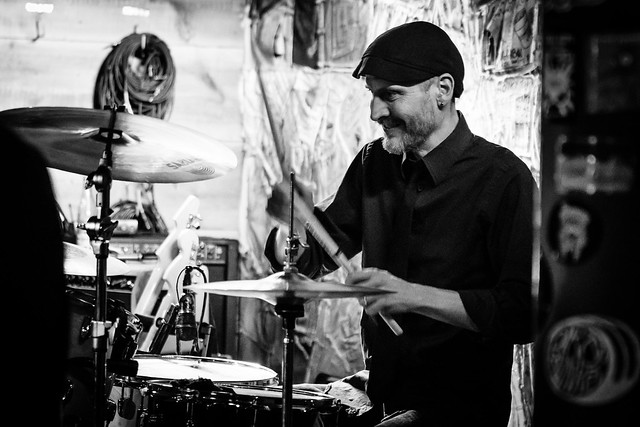 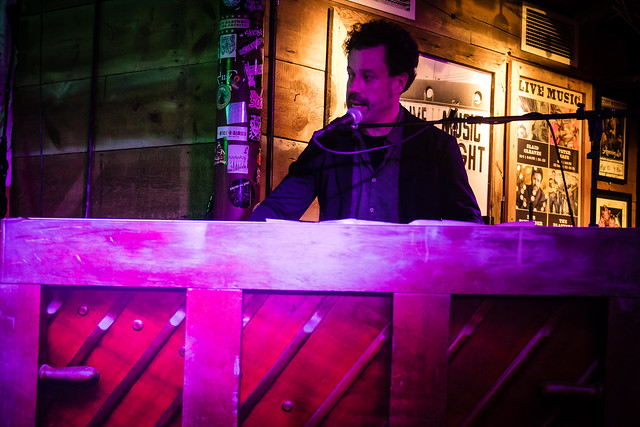 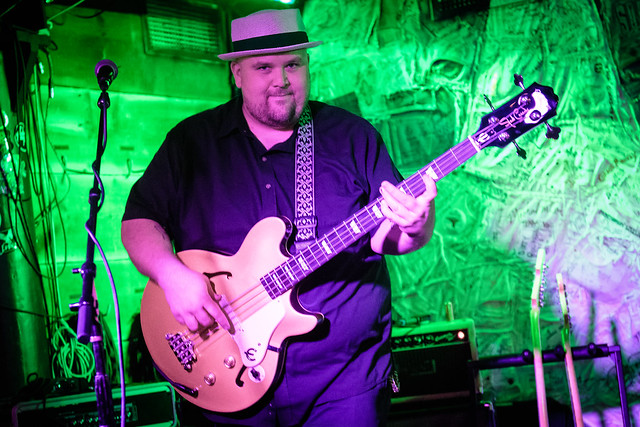 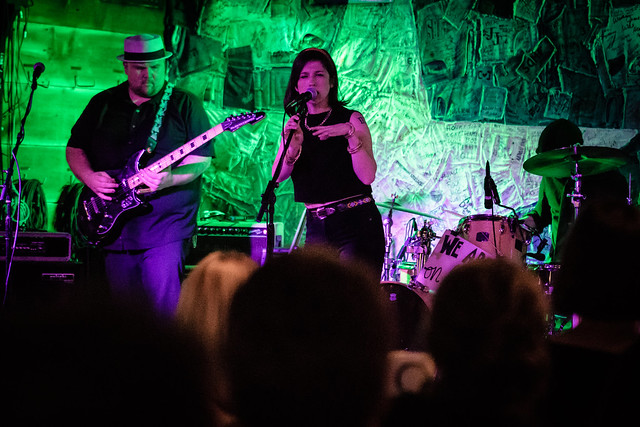 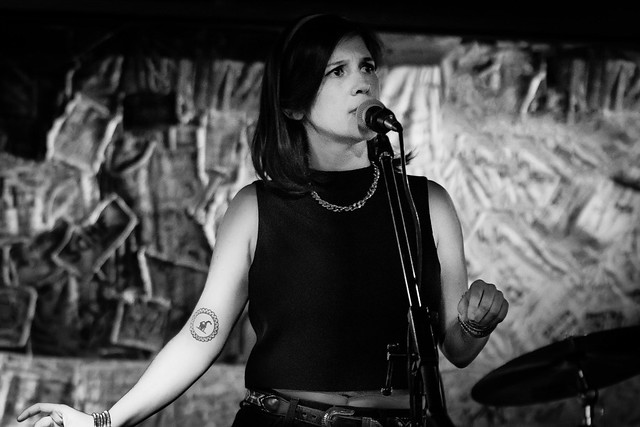 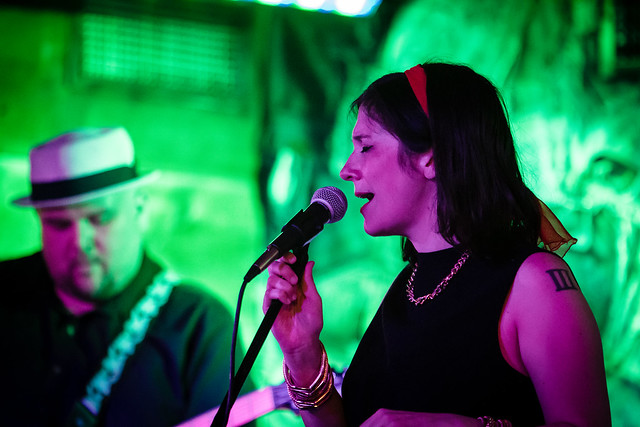 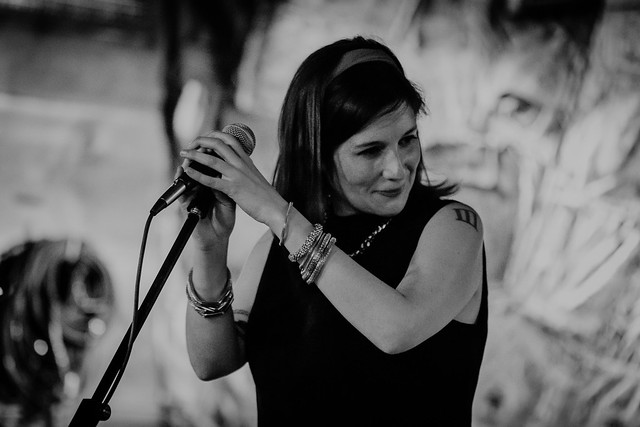 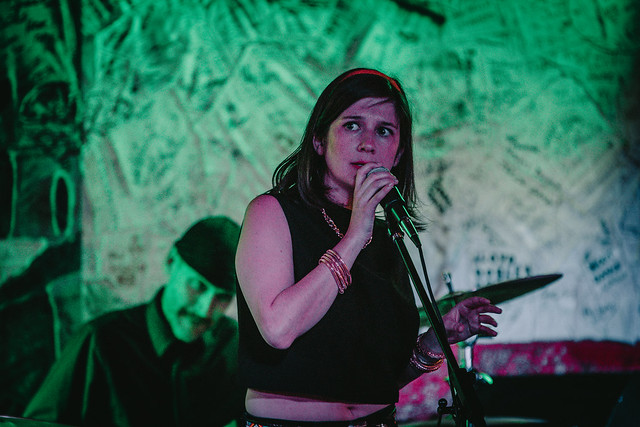 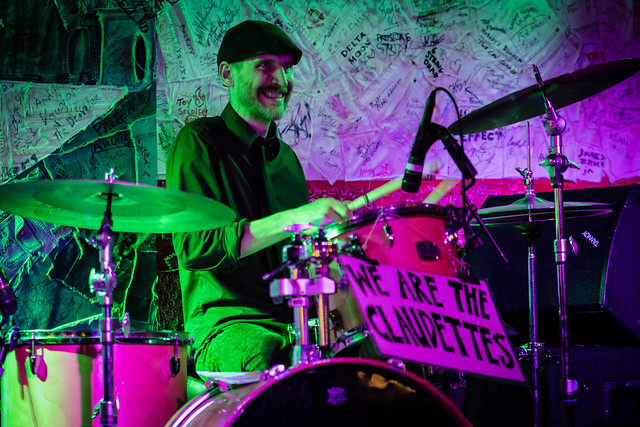