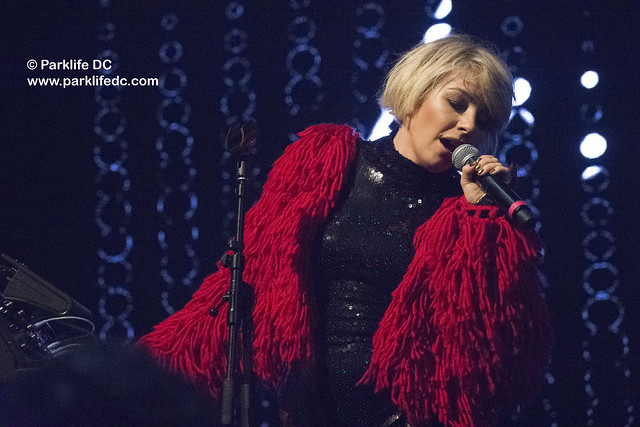 Little Boots performs at The Carolina Theatre in Durham during Moogfest on May 18, 2018. (Photo by Mickey McCarter)

When last I saw Little Boots in DC, I recommended Moogfest book the triple threat performer, DJ, and businesswoman, giving her opportunities to sing, spin, and lecture. Last week, she fulfilled part of that destiny with a live concert and a DJ set, crediting Moogfest for inspiring her to “rebuild” a live show after a successful year or so behind the decks.

Born Victoria Christina Hesketh, the Brit songbird turned Los Angeles resident took to The Carolina Theater in Durham, North Carolina, on a Korg accompanied by Navid Izadi and Priscilla aka Playas (a synth artist whose last name I missed). Little Boots moved through a fulfilling selection of 10 songs from throughout her career, stretching from her first single, “New in Town,” from debut record Hands, to “Shadows” from her recent EP, Burn.

From Burn, released in April, Little Boots also performed “Eros,” a disco track inspired by ancient Greek ideas on love, and it suits the synth soprano very well. On her new EP, Little Boots collaborated with a different female producer for each song, and the results were four strong songs begging for more live performances!

Listen to Burn by Little Boots on Soundcloud:

Live, Little Boots radiated a natural charm and grace that makes her born to be on stage. She made good use of space, keeping an eye on the demands of her synthesizer, but making certain to open herself to the audience instead of hunching down behind her instrument. Her performance drew in the audience at The Carolina Theatre, who filled the pit to capacity to dance along to her glossy, jaunty rhythms.

By the third song, “Get Things Done” from 2015’s Working Girl, everyone was cruising on the same cosmic wavelength, elated to be adrift on Little Boots’ welcoming, forward-thinking grooves. For an hour, everything was right in the world. Count on our heroine to “get things done” indeed.

Later that evening, Little Boots spun a DJ set at Durham Fruit and Produce Company, a little south of downtown. Formerly a warehouse, the private club affectionately known as The Fruit was a cool little place to host enthusiastic dancers, who turned up in good numbers despite the torrential downpours of the evening. As a DJ, Little Boots was in her zone, dropping tracks and focusing studiously on her equipment while bobbing along in satisfaction.

Little Boots performs next on July 13 in Brooklyn, and she appears regularly as a DJ in Los Angeles. She’s no stranger to our own U Street Music Hall! Whether on stage or in the DJ booth, let’s hope we see her again soon (but hey that live show warrants more travel, methinks). Here are some pictures of Little Boots performing at The Carolina Theater in Durham, North Carolina, during Moogfest on May 18, 2018. 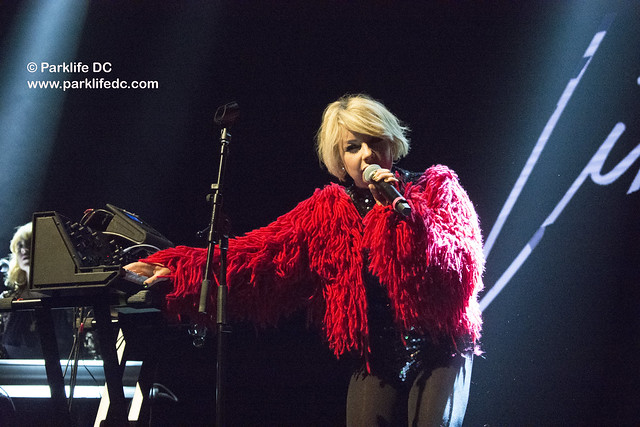 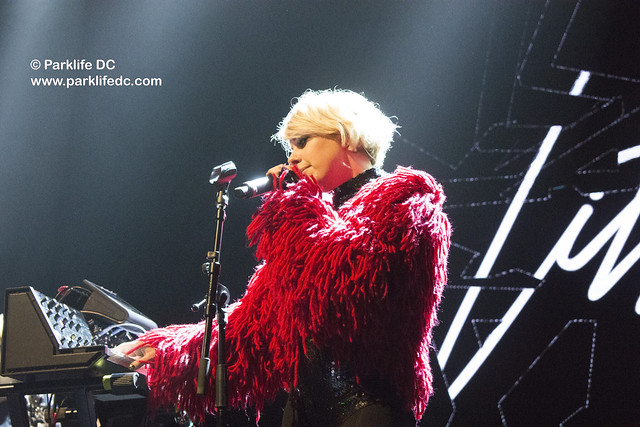 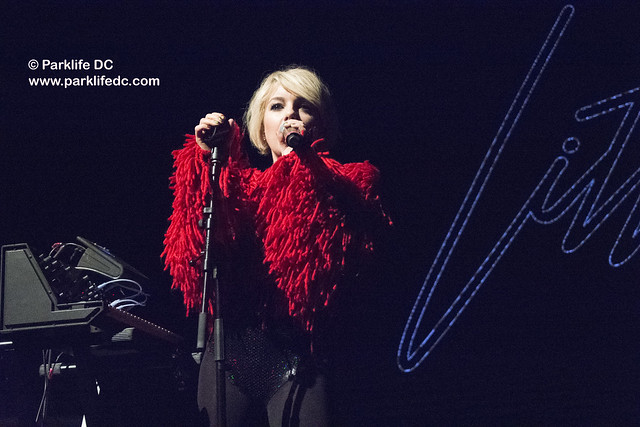 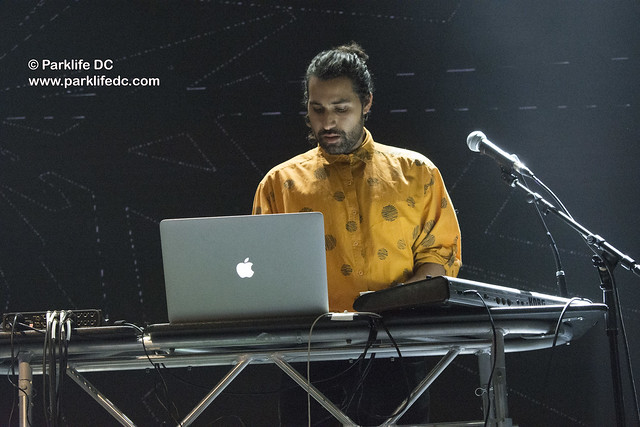 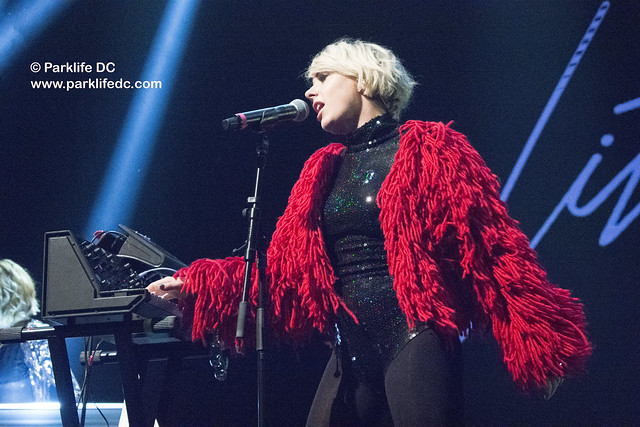 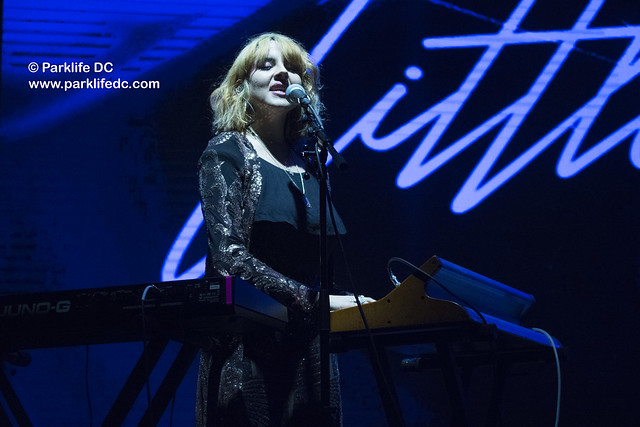 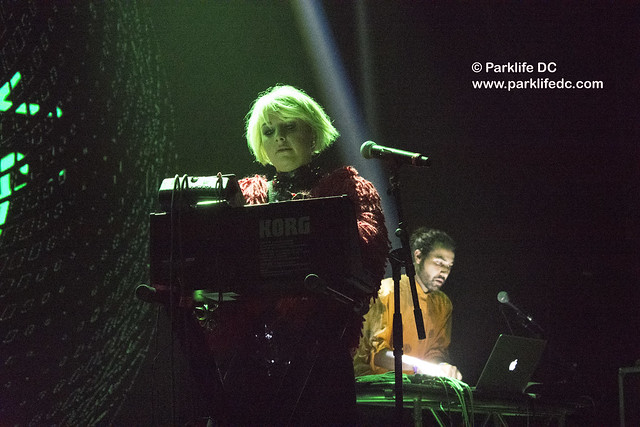 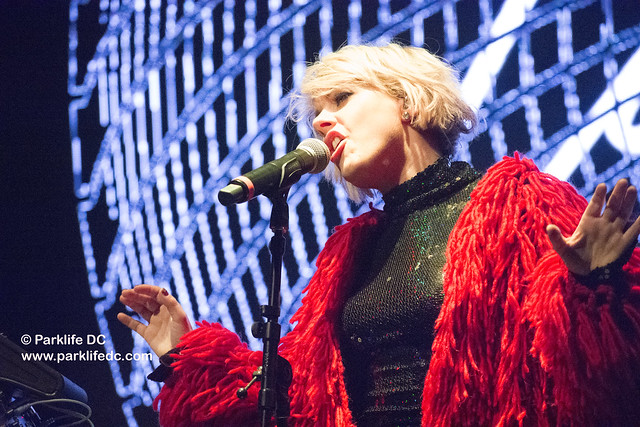 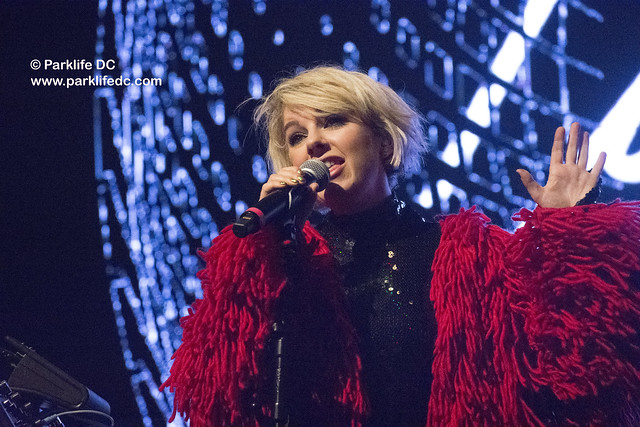 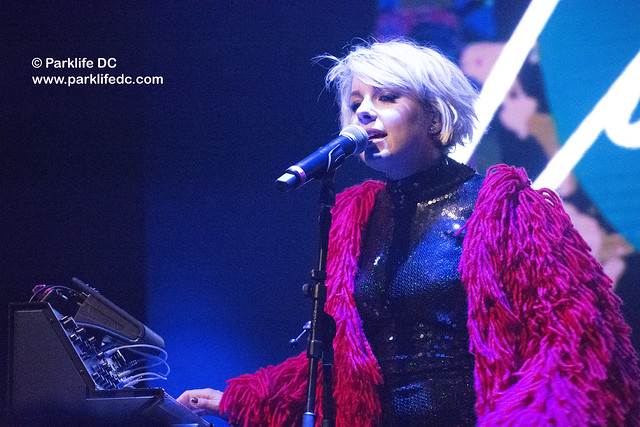 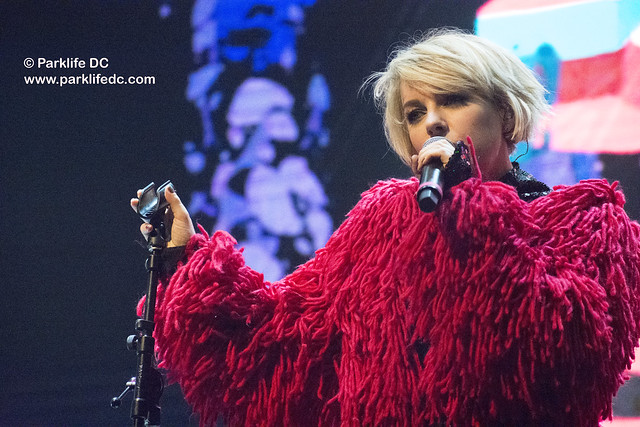 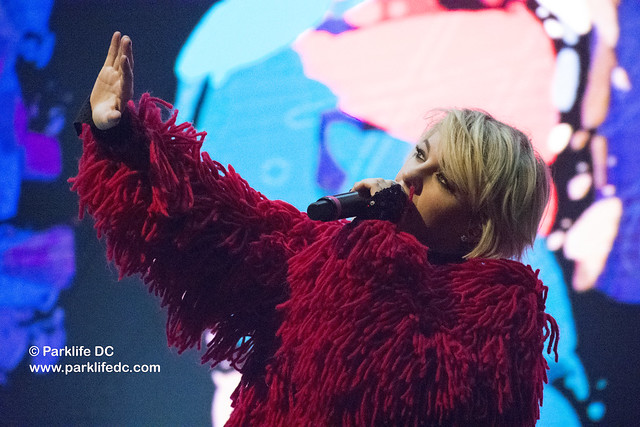 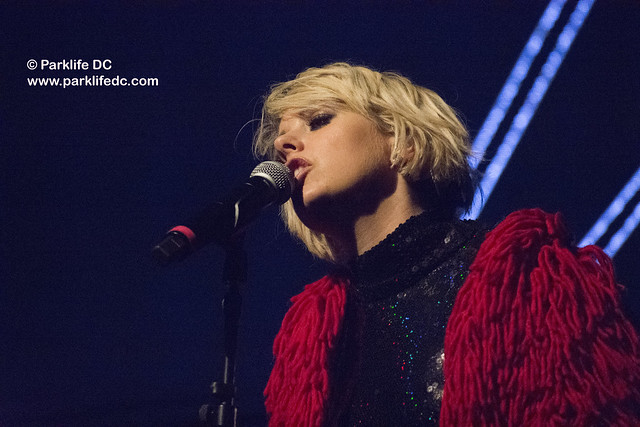 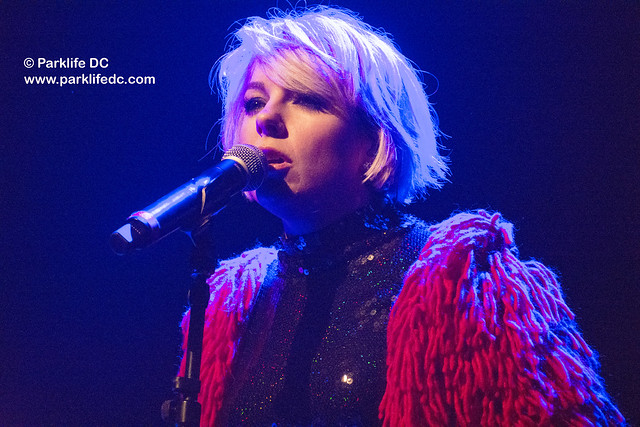 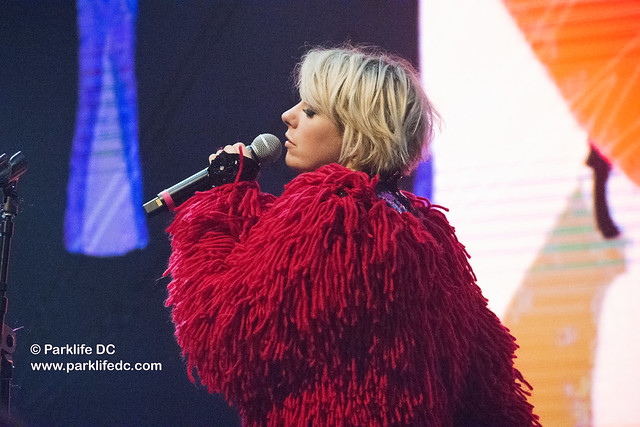 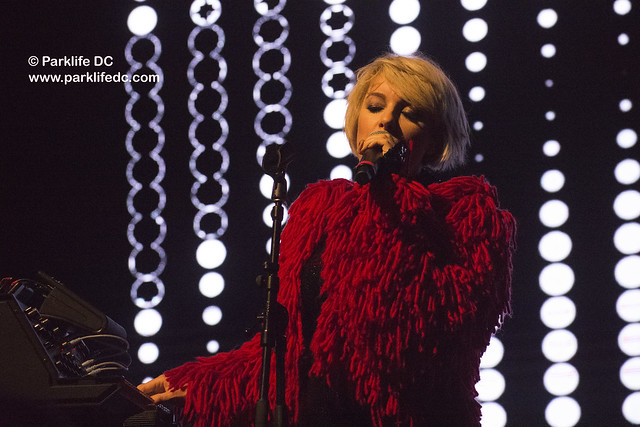